Don't You (Forget About Them): Our Favorite John Hughes Songs 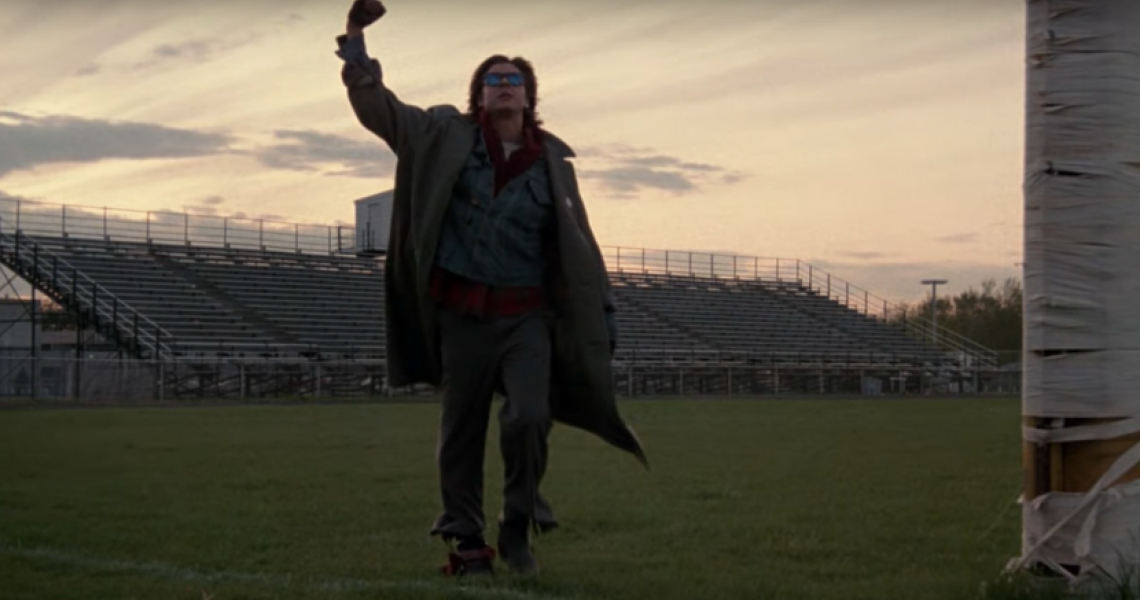 When writing his classic teen comedies of the 1980s, John Hughes found a muse in Molly Ringwald – but that wasn’t the only connection the two had between them: they were also both born on the same day (Feb. 18), albeit 18 years apart.

Of course, Hughes was already proving his mettle as a writer well before he met Ringwald, having started his career selling jokes to comedians like Rodney Dangerfield and Joan Rivers while working by day as an ad copywriter – eventually securing a gig as a regular contributor to National Lampoon. This, of course, eventually led him to pen the screenplay for National Lampoon’s Vacation, and from there, the rest is Hollywood history.

We’ve put together a list of 10 tunes that hail from the soundtracks of films that Hughes either wrote or directed during the course of the ‘80s, and we think you’ll agree that there’s not a single song in the mix that doesn’t qualify as a classic.

Lindsey Buckingham, “Holiday Road” (1983): After achieving a certain degree of solo success with his debut solo album, Law and Order, Buckingham contributed two songs to the soundtrack of National Lampoon’s Vacation, and while the second song, “Dancin’ Across the U.S.A.,” serves as an apt closing number for the film, it’s this little ditty that’s become so iconic that it’s popped up in just about all of the Vacation films over the years.

Thompson Twins, “If You Were Here” (1984): There are a number of fun tunes played at various points during Sixteen Candles, but if there’s one musical moment that stands the test of time better than any other, it’s this one from the conclusion of the film, which plays as Sam (Ringwald) and Jake (Michael Schoeffling) kiss while surrounded by candles.

Simple Minds, “Don’t You (Forget About Me)” (1985): The standout track from The Breakfast Club is arguably the definitive ‘80s teen movie song. Not that we’re unwilling to hear arguments about other contenders, mind you, because that’s what comments sections are for, but we’re hard-pressed to think of any reason why you wouldn’t at least have this one atop – or at least pretty damned near the pinnacle – of any such best-of list.

Oingo Boingo, “Weird Science” (1985): The origin story of this song is pretty amazing, and it’s also pretty short. “I got a call from John Hughes talking about the movie, and wouldn’t it be fun, and I literally wrote it [in my head] while I was talking to him,” Elfman told the A.V. Club in 2017. “I got home—I live in L.A., so there’s a lot of driving—up in Topanga Canyon, and I probably had a 45-minute drive. And by the time I got home, I pretty much had it in my head. I ran down to my studio and recorded it and sent it out.”

The Psychedelic Furs, “Pretty in Pink” (1986): Yes, they re-recorded the song just for the film. But if you’re in the camp that thinks the re-recorded version is better than the original...well, let’s just say that you’re very, very much in the minority.

Orchestral Manoeuvres in the Dark, “If You Leave” (1986): Prom scenes are pretty much ubiquitous in high school movies, but the one in Pretty in Pink might feature the perfect prom song, with all others being little more than pretenders to the throne. Ironically, however, the scene was originally set to a different OMD song – “Goddess of Love,” which later debuted on their 1986 album The Pacific Age – but when director Howard Deutch and writer/producer Hughes decided to change the ending and have Andi end up with Blaine instead of Duckie, they needed a song with a different emotional feel. Hey, we don’t hear anyone complaining...

The Dream Academy, “Please Please Please Let Me Get What I Want” (1986): While the original Smiths version of this song appeared on the Pretty in Pink soundtrack, it’s this cover by the Dream Academy which made a quiet but formidable impression when it popped up in Ferris Bueller’s Day Off. (Yes, we know Yello’s “Oh Yeah” is what more people remember from that film, but in a perfect world, this is the song that people should remember.)

Flesh for Lulu, “I Go Crazy” (1987): In Some Kind of Wonderful, Lea Thompson played Amanda Jones, a character whose name was taken from a Rolling Stones song covered by the March Violets for the film. But this track is without question the one that’s gotten the most airplay over the years, even if many people don’t even think of it in terms of being from this movie!

Kate Bush, “This Woman’s Work” (1988): Taken from the soundtrack of She’s Having a Baby, all we can say is that if you’re a parent and you haven’t gone back to revisit this film since having your own child, prepare to absolutely freaking bawl during the scene where this song plays. It hits so damned hard, emotionally speaking, that you won’t even believe it.

Mavis Staples, “Christmas Vacation” (1989): Staples' holiday favorite is so darned catchy no matter what time of year it is, so we thought, why not bookend the list with another National Lampoon tune?

READ MORE: In 1989, 'Christmas Vacation' Was Worth the Trip