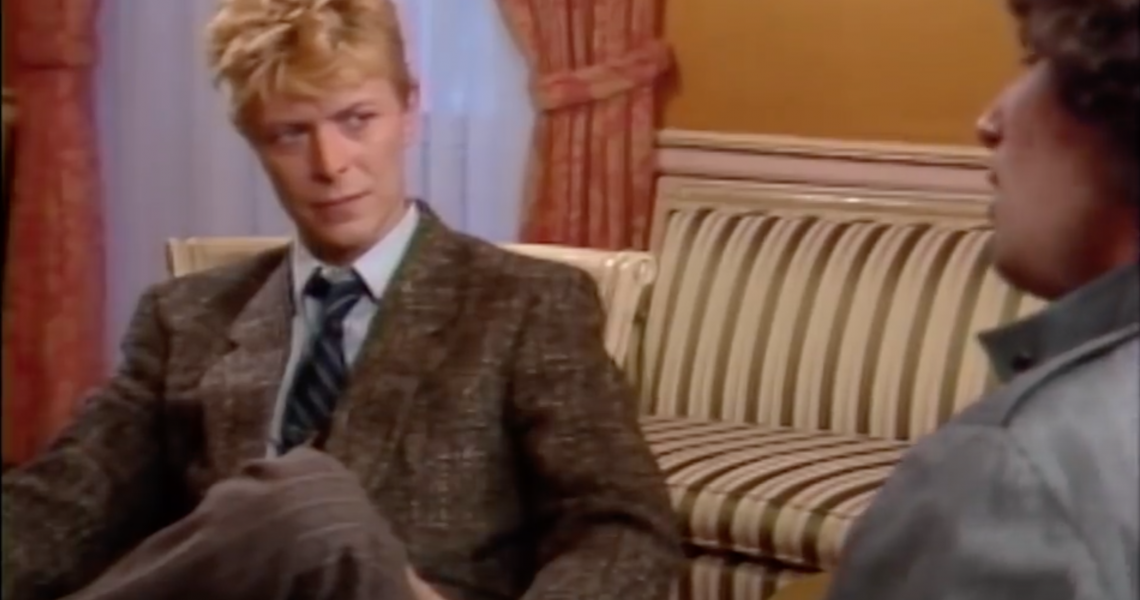 In a time where white rock stars dominated the airwaves of the fledgling MTV, the Thin White Duke sat down with MTV VJ Mark Goodman in 1983 to call out the cable network's lack of diversity.

In between the many manifestations of David Bowie throughout his storied career, from the fiery, fabulous Ziggy Stardust to the glittering Aladdin Sane, the rock and roll pioneer consistently transcended beyond everyday norms, as if to question the limitations of the ordinary.

A champion for innovation, Bowie sat, unabashed and unapologetic, in the MTV interview intended to promote Let's Dance as he firmly questioned, "It occurred to me that, having watched MTV over the last few months, that it's a solid enterprise and it's got a lot going for it. "I'm just floored by the fact that there are … so few black artists featured on it. Why is that?"

"I think we're trying to move in that direction," Goodman answered, in a feeble attempt to defend his employers. "We want to play artists that seem to be doing music that fits into what we want to play on MTV. The company is thinking in terms of narrow-casting."

Bowie remained unimpressed as he smoothly retorted, "That's evident. The only few black artists that one does see are on at about 2:30 in the morning until 6:00. Very few are featured prominently during the day. I'll say that over the last couple of weeks, things have been changing but it's a slow process."

It became slippery slope for Goodman as he tried to wiggle out of situation by excusing the network's lack of black artists on the audience's geography.

“We have to try and do what we think not only New York and Los Angeles will appreciate, but also Poughkeepsie or the Midwest, pick some town in the Midwest that would be scared to death by Prince, which we’re playing, or a string of other black faces," he replied, an answer he likely has come to regret. "We have to play the type of music the entire country would like.”

He continued, "Do you not find that it's a frightening predicament to be in? Is it not possible it should be a conviction of the station to be fair? It does seem rampant in American media. Should it not be a challenge to make the media far more integrated?"

1983 would mark the year of Michael Jackson's premiere of the landmark music videos "Thriller" and "Billie Jean," the ground-breaking releases that would force MTV to shift their stance on segregated programming.

But even before Jackson broke through, Bowie held his ground - mind you, during his own press junket interview - as one of the few brave white voices in rock with the integrity to challenge MTV face-to-face and speak up for those who didn't have a platform. Nearly four decades later, the rock legend's legacy as a true champion of the people, and all people, remains as relevant as ever.