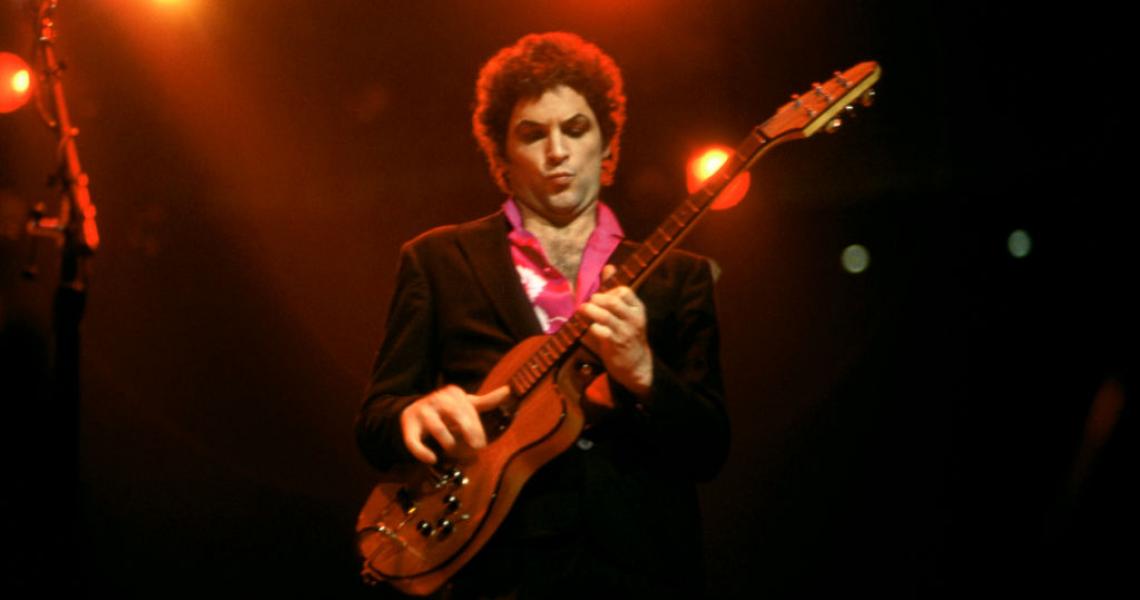 In 1981, Lindsey Buckingham – having temporarily set aside his work with Fleetwood Mac – released his first solo LP, an effort which also went on to earn him his first hit single as a solo artist.

Recorded at Larrabee Sound Studios in southern California and Wally Heider Studios in San Francisco, Law and Order was something of a palate cleanser between Fleetwood Mac's ambitious Tusk (1979) and its 1982 follow-up Mirage. Inevitably, the signature song of the album is the one that proved to be the biggest hit: “Trouble,” a co-write between Buckingham and his musical cohort, Richard Dashut, which hit No. 9 in the US in the early months of 1982.

The only other single from the album, a cover of Gary Paxton’s “It Was I,” wasn’t nearly as successful – it didn’t manage to make it onto the Billboard Hot 100 – but there’s still plenty of great stuff to be found within the LP’s grooves, including opener “Bwana (The Visitor),” “Mary Lee Jones,” and “Shadow of the West,” which features backing vocals from bandmate Christine McVie.

It speaks to Buckingham’s feelings about Law and Order that only the aforementioned “Trouble” made the cut for a recent anthology of his best solo material.

“In a moment when I realized the only way I was going to explore the left side of my palate was to do solo work, Law and Order was a bit, shall we say, sarcastic as a body of work, a bit camp, maybe a bit too camp, almost verging on a comedy album in some ways in terms of the irony that was there and the sensibility,” Buckingham told Stereogum. “There are other songs that I enjoy, but as I was listening to them as I was trying to make them work in the context of a larger body of work, they just didn’t seem to want to go on there.“

While certainly a little less mainstream in sound than the work Buckingham had been doing with Fleetwood Mac up to that point, Law and Order still had more than enough hooks and harmonies to send the album to No. 32 on the Billboard 200, proving that even Lindsey alone still had more than a little bit of commercial oomph.