February 1985: Simple Minds Releases "Don't You (Forget About Me)" 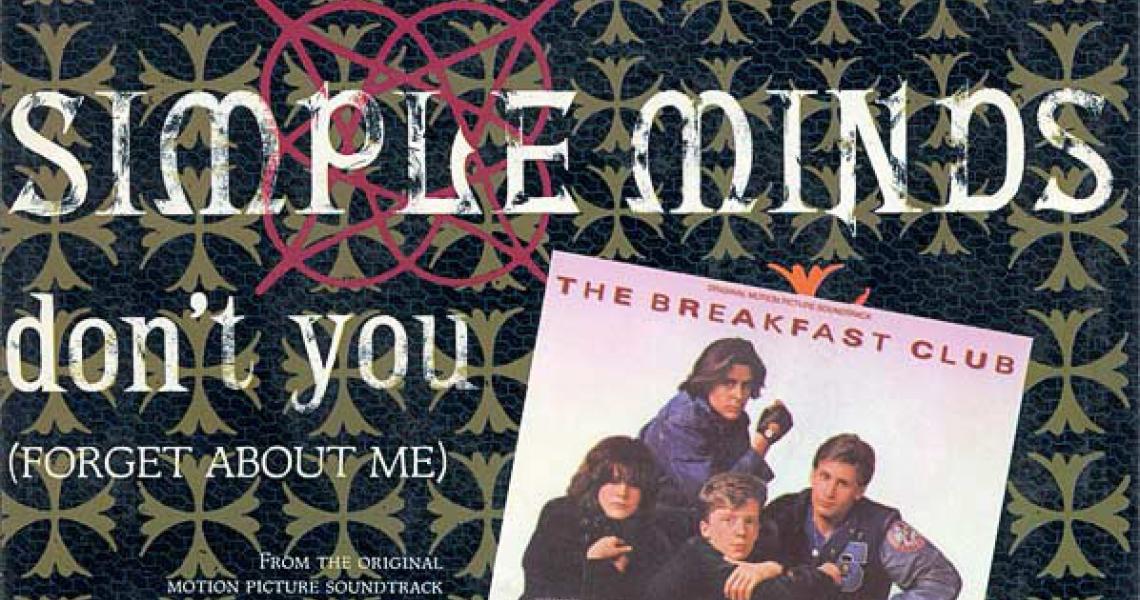 It was on February 15, 1985, when The Breakfast Club would open at movie theaters across America. The movie would have a strong opening weekend, debuting at #3 behind Beverly Hills Cop and Witness.

For US teens, however, the movie would be a landmark event. The story of five kids stuck in a Saturday detention session would resonate with impressionable high school students still trying to navigate their own places in teen society.

That feeling would be captured with the movie's theme song, Simple Minds' "Don't You (Forget About Me)." While it was written by songwriters Keith Forsey and Steve Schiff specifically for the movie, the tune took a perilous journey to completion. The pair had written the songs in hopes of scoring Simple Minds to record it. Making their backstage at a Simple Minds show, they men took the song to singer Jim Kerr and company, who politely declined.

"It was presented in the wrong fashion," Kerr told Songfacts. "This cassette came our way. The song wasn't bad. It didn't resemble in any way the record that you know, but the melody was there, the words were there. It wasn't bad. But I've got to be honest, it didn't feel up to scratch with what we were working on of our own stuff."

After Bryan Ferry and Billy Idol also turned down the tune, Forsey and Schiff made another run at Simple Minds.

"They kept coming back at us, the record company, the film company," Kerr added. "And then once we met both the producer, Keith Forsey, and the director, John Hughes, and spoke to them, we then understood the context of it and were a lot more free to the idea of doing it."

Simple Minds would record the song, which was released as a single on February 20, 1985, just five days after The Breakfast Club had opened across the country. It would sail up the Hot 100 before peaking at #1 for the week of May 18, 1985.

"I've got to say that it fit beautifully. I don't know if it was coincidence or what, but you've got to say that it really worked," Kerr admitted. "I mean, the song and the film are almost iconic to certain generations, especially in America. So it's great when things come together and work so well. It's been a pleasure to see how much joy that song gives to a lot of people."