In 1989, 'Christmas Vacation' Was Worth the Trip 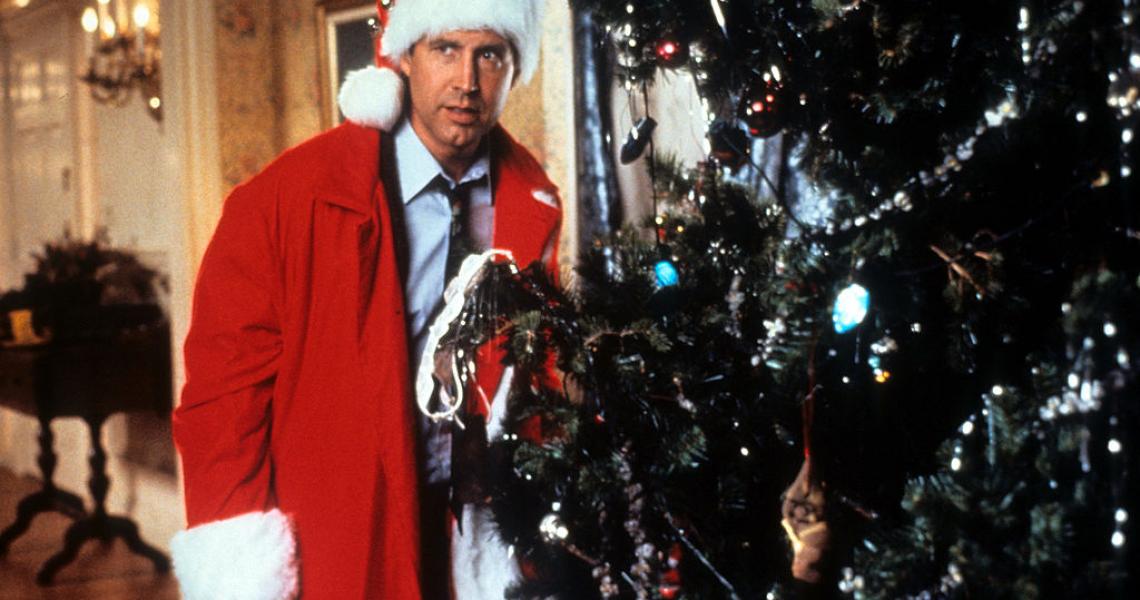 Dec. 1, 1989 kicked off the last holiday season of the '80s, and as one of the decade's celluloid heroes best put it, it shaped up to be "the hap, hap, happiest Christmas since Bing Crosby tap-danced with Danny f---ing Kaye!"

Indeed, that day saw National Lampoon's Christmas Vacation landing in theaters. The third film to feature Chevy Chase's hapless family man Clark Griswold and his dysfunctional family found them staying home after misadventures at Walley World and through Europe - but this time, Clark has to contend with a host of fractious family members, including the return of Randy Quaid's lovable oaf Cousin Eddie. Written by legendary screenwriter John Hughes (who penned the original National Lampoon short story that inspired the series, and would strike more holiday gold with Home Alone a year later), Christmas Vacation was one of the silliest in the series, full of sledding mishaps, Christmas tree disasters, a disastrous holiday bonus situation. And of course, that overflowing RV toilet...

Though the film didn't have a soundtrack release - and Lindsey Buckingham's de facto Vacation theme "Holiday Road" is nowhere to be heard - there was an original song that kicked off the film and put things in the appropriate spirit. Mavis Stapes' "Christmas Vacation" was written by the husband-and-wife team of Barry Mann and Cynthia Weil, who helped write '60s pop classics like "You've Lost That Lovin' Feelin'" and "On Broadway." Staples was, of course, well-known as a member of the family gospel-soul group The Staple Singers - but 1989 found her restarting her solo career after a decade away. And she did it with a very notable ally: "Christmas Vacation" and that year's album Time Waits for No One was released on the Paisley Park label, owned by '80s megastar Prince - who would write and produce most of that album as well.