No Place Like Home: Toto's Drummer Kept the '80s in the Pocket 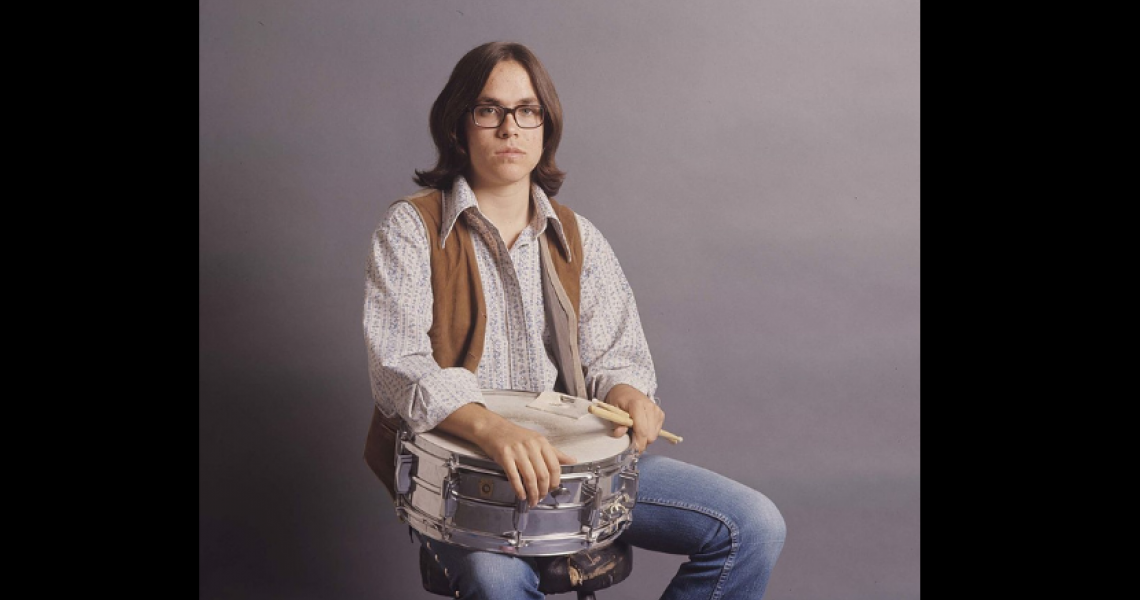 Despite a history of multiplatinum albums and singles (including the chart-toppers "Africa" and "Rosanna") and a shelf of Grammy Awards, audiences today might not know who was in the band Toto. Part of that owes to the ever-changing line-ups, including a host of vocalists from original belter Bobby Kimball to Joseph Williams (son of legendary film composer John). But a large part of it has to do with the band's status as musical chameleons. In addition to their own records, the members of Toto - including guitarist Steve Lukather, keyboardist David Paich, and brothers Steve, Mike and Jeff Porcaro on keyboards, bass and drums - were all first-call session musicians who've played on an estimated half a billion records sold worldwide.

Of all those great musicians, it might be Jeff Porcaro that stands out among them. His skills stretched from soft to hard rock, R&B and even jazz, with an incredible rhythmic sense and a "pocket" that couldn't be beaten. Beyond "Rosanna," "Africa" and the rest of Toto's catalogue, Jeff kept time on a number of huge hits throughout the '80s that are still loved today.

While Porcaro died in 1992 after a heart attack at the too-young age of 38, these immediately memorable tracks ensure his memory will live on forever.

Christopher Cross, "Arthur's Theme (Best That You Can Do)" (1981): Toto are sometimes synonymous with "yacht rock," but so too is Grammy winner Christopher Cross, who added an Academy Award to his resume with this gentle, romantic theme to the Dudley Moore blockbuster.

READ MORE: How Christopher Cross Added Another Award to the Shelf with "Arthur's Theme"

Don Henley, "Dirty Laundry" (1982): appearing beside brother Steve on keyboards and Lukather on guitar (as well as Henley's Eagles bandmates Joe Walsh and Timothy B. Schmit), Porcaro bangs out a killer dance-rock rhythm that helped propel Don's second solo single to the Top 5 in America. Henley, of course, was a drummer himself - so clearly, game recognizes game here.

Michael McDonald, "I Keep Forgettin' (Every Time You're Near)" (1982): Porcaro supplied yet another laid-back yacht groove to another rock vocalist gone solo in the '80s: former Doobie Brother Michael McDonald. That this, "Dirty Laundry" and Toto IV (the album with "Rosanna" and "Africa") were all released in the same 12-month period is a good indicator of his versatility.

Michael Jackson, Thriller (1982): But the best example of Porcaro's drum approach on a single album may be the best-selling one of all time. Jeff's drums can be heard on four of Thriller's tracks: the laid-back swing of "The Girl is Mine," the precision rock of No. 1 hit "Beat It," the machine-assisted swoon of "Human Nature," and the intimate groove of closer "The Lady in My Life" (one of only two tracks on the album that didn't reach the Top 10, perhaps only because they weren't released as singles).

Lionel Richie, "Running with the Night" (1983): the yacht-soul rhythms from Porcaro that propelled parts of Thriller (and "I Keep Forgettin'," and hell, even Toto IV) were replicated on this standout track from Lionel Richie's blockbuster album Can't Slow Down. "Running with the Night" was not only an early hit from the record - the second of five Top 10s - but it was midway through an incredible run of 13 Top 10s (including five No. 1s) from 1981 to 1987.

Randy Newman, "I Love L.A." (1983): much of the Toto gang backed up this hilarious single from one of rock's most acid-tongued songwriters. To quote its own lyrics: we love it!

Peter Cetera, Solitude/Solitaire (1986): While Porcaro was only a percussionist on the former Chicago singer/bassist's breakthrough solo album, his skill and timing still enhanced the LP that featured the monster No. 1 hits "Glory of Love" and "The Next Time I Fall" (a duet with an up-and-coming Amy Grant).

Madonna, "Cherish" (1989): One of Porcaro's last extracurricular sessions of the '80s was this delightful single from Madonna's incredible Like a Prayer. After the full-on disco euphoria of the chart-topping title track and No. 2 follow-up "Express Yourself," "Cherish" (another No. 2 hit) showcased the Queen of Pop's more easygoing and playful side, and Porcaro's swinging sticks build the foundation for all the fun.