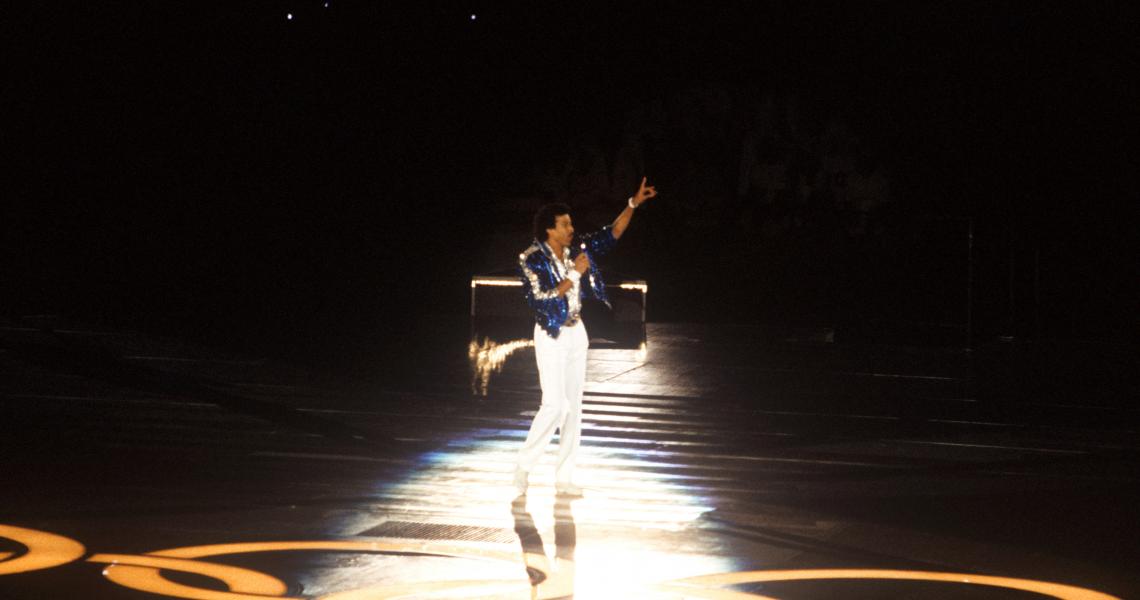 Lionel Richie had just flown the Commodore coop when he got the call to perform the biggest solo gig of his life.

The 1984 Summer Olympics Games were taking place at the LA Coliseum that year and closing ceremony producer David L. Wolper was on a search to find the perfect star to wrap the ceremony with an all-star singing finale.

Wolper first turned to Michael Jackson, who respectfully declined, as this Olympics was sponsored by Coca Cola and the "Thriller" icon had signed a $5 million PepsiCo partnership. Other artists, including Frank Sinatra, didn't want to appear alongside an ensemble and turned down the opportunity.

But when Richie - already flying high off the success of 1983's Can't Slow Down - got word of the gig, he doubled down on his aptly titled album and quickly signed up for the chance to showcase his chart-crowning anthem "All Night Long" in front of the world.

“Next thing I know is I’m on a football field out in the (San Fernando) valley somewhere rehearsing with all these people diving and dancing all over,” Richie reminisced to The Associated Press. “I was just getting my feet wet after the Commodores. I think I had done a couple Vegas shows just to warm up, but nothing like this.”

With 92,000 ticketed fans in attendance that night and over 2 billion folks tuning in from home, Richie took to the stage that night in a bedazzled blue blazer and white slacks and directly proceeded to bring the house down with a 9-minute rendition "All Night Long."

“Well, my friends, the time has come,” Richie teased as he continued, “to raise the roof and have some fun!” As the former Commodore burst into song, people in the stands began to dance and athletes from all over the world partied like it was 1984.

With the whole world watching, Richie brought down the curtain on the Los Angeles Olympics and sealed his fate as an international superstar that night, leaving the stage with his name buzzing on everyone's lips.