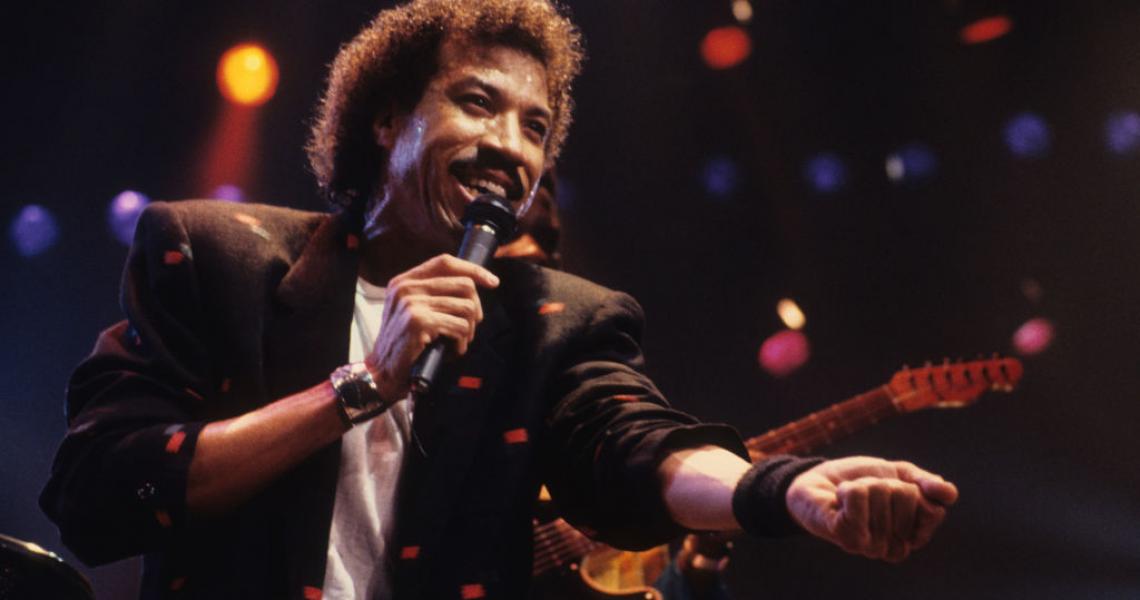 Few hitmakers owned the '80s like Lionel Richie. The onetime Commodores singer/songwriter had one of the decade's most successful solo careers, thanks to back-to-back-to-back million-selling albums and 13 consecutive Top 10 hits between 1981 and 1987. But to millions of fans, his real talent is finding the right romantic lyrics for any situation, with stirring melodies to match.

While we love him for being fun, funky, and sometimes a tad outrageous, it's his ballad bona fides that make him an immortal. Here's seven of our favorite mellow love songs of his!

Commodores, "Just to Be Close to You" (1976): Lionel and the Commodores brought the funk on early hits like "Machine Gun" and "Slippery When Wet," but it was when Richie started showing off his more sensitive side that the band really started to take off. "Sweet Love" was their first Top 10 hit, and "Just to Be Close to You," featuring an emotive piano and that double-tracked, harmonic vocal, soon followed, also becoming their second No. 1 hit on Billboard's R&B charts.

Commodores, "Three Times a Lady" (1978): Perhaps the quintessential Commodores ballad, Lionel wrote this after a moving speech his father gave to his mother at a wedding anniversary party. Although he wanted to pitch the tune to Frank Sinatra, producer James Anthony Carmichael convinced him to let the band take a try. The result: the band's first No. 1 hit.

Commodores, "Still" (1979): Richie once explained his balladeering process in the Commodores as an act of insurance: the members of the band were always jockeying to get their own songs on albums, which Motown wanted to be a balance of uptempo and romantic numbers. Richie wrote ballads, which few of his bandmates wanted to do. And he was damn good at them: "Still," written for a divorcing couple who wished to part as friends, was the group's second chart-topper.

Kenny Rogers, "Lady" (1980): At the start of a new decade, Richie's hitmaking pen could not stop, and he finally logged some time as a writer and producer for other artists. Teaming up with Kenny Rogers might have seemed an odd fit, but the Tuskegee, Alabama-born Richie knew a few things about the genre. And if people didn't know it then, they certainly knew it after "Lady" topped the pop, country and adult contemporary charts and made it to No. 10 on Billboard's end-of-decade survey.

Diana Ross & Lionel Richie, "Endless Love" (1981): If Lionel was worried about starting a solo career (he'd eventually leave the Commodores in 1982), you'd never know it, when his first solo single - a duet with Diana Ross for the soundtrack to a semi-forgotten Brooke Shields film - soared to No. 1 and became 1981's second-biggest single. ("Lady" was the third - not a bad year!)

Lionel Richie, "Hello" (1984): While Lionel's self-titled debut spun off three Top 5 hits in 1982, Can't Slow Down became his defining juggernaut, yielding five Top 5s across two years. "Hello," the album's second No. 1 hit, is still one of its most memorable, not only for its sweet sentimentality (dig that smooth acoustic guitar on the bridge!) but for its iconic music video, where love and affection transcended sight...or the ability to make a convincing bust of Lionel's face.

Lionel Richie, "Say You, Say Me" (1985): Lionel wasn't done dropping smash hits even after promotion for Can't Slow Down wound down in 1985. He co-wrote USA for Africa's charity chart-topper "We Are the World" with old friend Michael Jackson (who he used to open for when the Commodores were starting out) and penned another moving movie theme - this time for the drama White Nights, about a pair of expatriate dancers (Gregory Hines and Mikhail Baryshnikov) forming an unlikely bond in the Soviet Union. Predictably, Motown didn't want Lionel's first song after Can't Slow Down to show up on a rival label's soundtrack, so fans had to settle for a single - and settle they did: "Say You, Say Me" became another No. 1 hit and also won Richie an Academy Award for his songwriting.