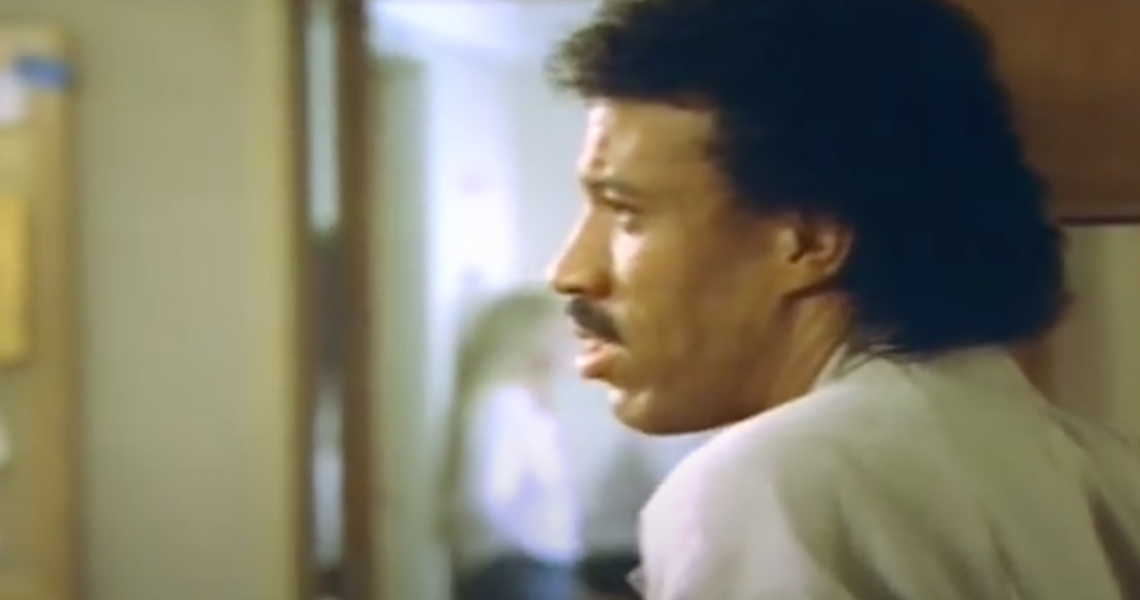 Lionel Richie chased after his dreams of being a solo superstar when he left the Commodores in 1982. His former bandmates were left in limbo but pulled together to release their first post-Richie album Commodores 13, which premiered around the same time as Richie's second album Can't Slow Down.

“Motown said it wouldn’t matter that they both came out about the same time,” reminisced Commodores' keyboard and trumpet player William King. “But it did matter. We were competing with him and he won."

With his smash hit eponymous debut album and three Top 5 singles (including No. 1 hit "Truly") under his belt, Richie raced back towards the chart with his second album Can't Slow Down.

Released in 1983, the third single from the album,"Hello," would cement Richie's status as a solo artist to watch. The song first made its way through Britain, topping the UK charts for six strong weeks, before it made its way to to the states, peaking at No. 1 on Billboard's Pop and R&B charts for two weeks straight by May '84.

The inspiration behind the classic Richie tune began with one of pop culture's most referenced one-liners "Hello, is it me you're looking for?" The signature phrase dawned on young Richie, who remembered being too nervous to shoot his shot with beautiful ladies who strolled by. The singer intended to include the song in his first solo record, but held off on doing so until his wife Brenda persuaded him to include the single in his next release.

The music legend would score his second No. 1 hit with the song from his second post-Commodores album, and simultaneously snag the coveted 1984 Grammy for Album of the Year, too.

Though the accompanying music video for "Hello" has been derided for its corny, borderline creepy storyline of Richie, who stars as a teacher, falling in love with his young blind student, played by Laura Carrington, the Bob Giraldi-directed production would become a mainstay and commercial hit on MTV.