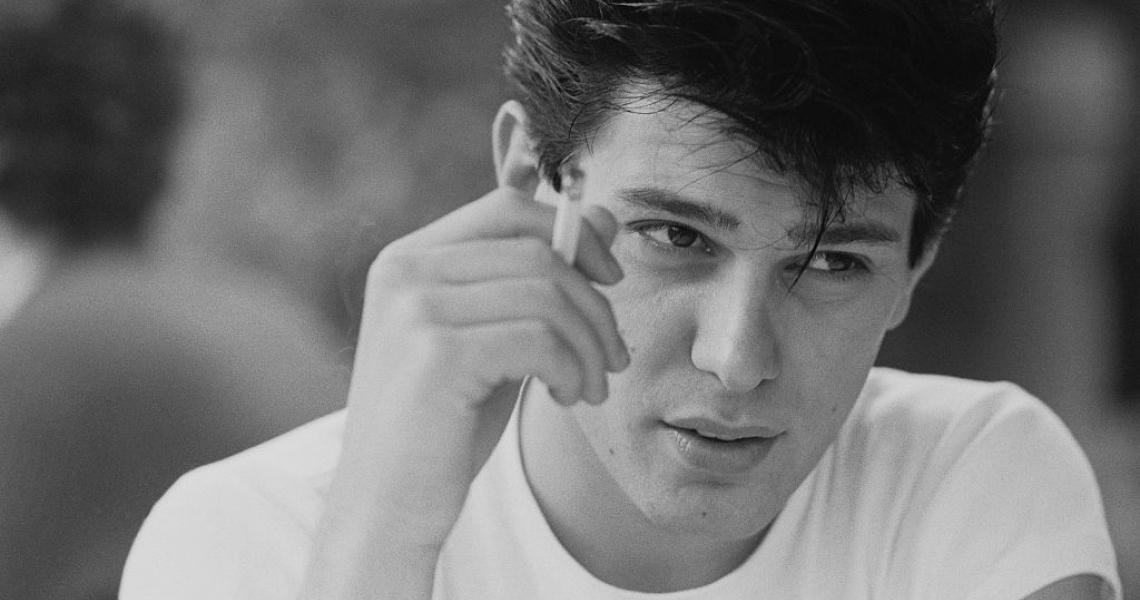 On April 26, 1960, Roger Andrew Taylor was born in Birmingham, England, and it’s a good thing he ended up going by his first name rather than his middle name, because it was already hard enough to have three guys with the last name “Taylor” in Duran Duran. Imagine how confusing it would’ve been if there’d been two Andy Taylors?

To celebrate our man Roger’s birthday, we’ve put together a list of 12 Duran Duran songs on which he particularly shines behind the drum kit. Granted, we probably left out a few of your favorites in our desire to avoid being too predictable with our picks, but if nothing else, maybe we’ll end up introducing you to a tune you’ve been missing out on!

“Girls on Film” (Duran Duran, 1981): There’s little question that this is the song where Roger first made his mark as a drummer, thanks to getting a chance to take the spotlight. Indeed, the website Musicality Realm goes so far as to describe his work on the track as containing one of the greatest drum solos of all time. “The drum solo kicks in just shy of the two-minute mark,” they write. “For about half a minute, Taylor gets to showcase his talent. He rings out the various cymbals, toms, and snare regularly during this part of the song. Eventually, the music reintroduces the other band members with a definitive cymbal crash by Taylor.”

“Careless Memories” (Duran Duran, 1981): When Smash Hits reviewed this single back in the day, they referred to this song’s “10-ton drum sound.” They didn’t mean it as a compliment. But we do. Roger’s kicking ass on this track, and we are here for it.

“Hungry Like the Wolf” (Rio, 1982): Per John Taylor in an interview with The A.V. Club, this song came together more quickly than just about any song in the Duran Duran catalog, and he even had an explanation for why Roger’s work particularly stood out. “It was a Saturday afternoon, we were in EMI’s demo studio, a studio they had up in Manchester Square HQ, and I think Nick [Rhodes] and Andy [Taylor] were kind of messing around,” recalled John. “Andy had the riff, Nick developed this sequence, Simon had a thing, Roger came in and played ’cause he’d just bought some Simmons drums, so that was where he got those big fills from. I came in, and they’d been working for maybe two hours, and I just knew exactly what to play. The song was probably written by cocktail hour!”

“Rio” (Rio, 1982, Rio): The title track from the band’s second album, this is unquestionably one of the band’s best-known songs, not to mention one of their most iconic videos, so if you’ve never really paid attention to the drumming specifically, we get it. But it’s top-notch, honest!

“Hold Back the Rain” (Rio, 1982, Rio): Writer Ned Raggett once opined of this track, “John Taylor and Roger Taylor find some sort of unholy and note-perfect union that is part early eighties Simple Minds in overdrive, part Chic/Roxy/Cars clinical 'we will make you dance' rhythm.” Mind you, he penned that sentence back in 2003, but here we are 18 years later, and it’s damned near impossible to argue with any aspect of his assessment.

“Is There Something I Should Know” (non-album single, 1983): Within the first few seconds of this song, you’ll know precisely why we chose it for inclusion, so there’s no real point in rambling on any further.

Read More: March 1983: Duran Duran Top U.K. Charts with "Is There Something I Should Know?"

“Shadows on Your Side” (Seven and the Ragged Tiger, 1983): If you’re the sort of person who only buys best-of albums, then this will almost certainly be your first time hearing this track, but beyond the singles from this LP, this track offers some of Roger’s strongest drumming, so give it a listen and hear what we’re talking about.

“Planet Earth” (live) (Arena, 1984): Yes, we could’ve just as easily opted for the original studio version of this tune, but Roger does such cracking work on the live version that we opted to go this direction instead.

“Nice” (Astronaut, 2004): No one really knew what to expect when the original “Fab Five” got back together for their reunion album, but it turned out to be an album that was - at least for most fans - well worth the wait, and this tune is a perfect example of why.

“Dirty Great Monster” (Red Carpet Massacre, 2007): We suspect that Roger would be the first to tell you that he didn’t really get much of a chance to shine behind the kit during the recording of this LP, but you can hear him quite distinctly on this album track, so we felt as though we should give it its due.

“The Man Who Stole a Leopard” (All You Need is Now, 2010): There are many who’ve suggested that this is the single best song recorded by Duran Duran in the 21st century; we think it’s very much in the running, particularly when Roger’s drums kick in alongside John Taylor’s bass.

“Butterfly Girl” (Paper Gods, 2015): We had to pick at least one track from the band’s most recent album, and while we were torn between this tune and “The Universe Alone,” we opted for this straightforward rocker.