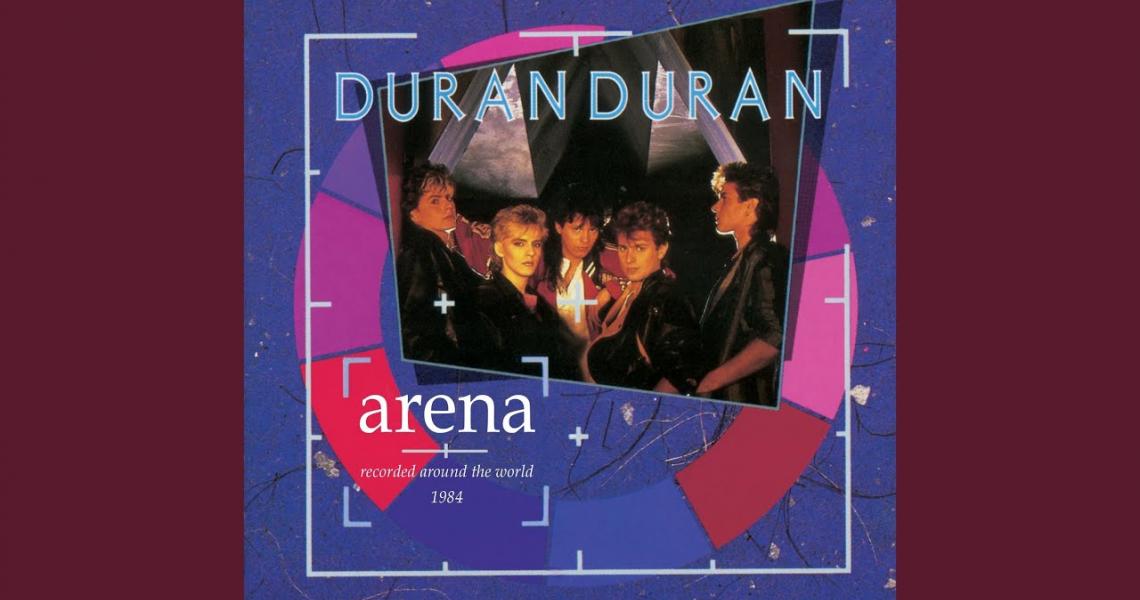 As 1984 rolled to a close, Duran Duran had a lot to celebrate. The band had finally conquered America, with a number one hit ("The Reflex") and a Top 10 album in Seven and the Ragged Tiger.

Duran Duran's "Sing Blue Silver" world tour of 1983-84 had been a massive success, prompting the band to capture the moment with its first live album, Arena.

The album--released on November 12, 1984--would come with one new song:"The Wild Boys," a raucous single produced by Nile Rodgers of Chic. Preceding the release of Arena by a few weeks, the track was another big hit, climbing as high as #2 on the Hot 100. Hall & Oates' "Out of Touch" and Madonna's "Like a Virgin" would block the tune from ever achieving the top spot.

Being at the peak of their commercial powers, Duran Duran went all out with the release of Arena. It would come with a bevy of corresponding projects, including a conceptual concert film, Arena (An Absurd Notion), a corresponding tour documentary, book, and even a board game.

An alternative edit of the movie, As the Lights Go Down--a straight live performance minus the plot elements--was turned into its own feature for broadcast.

The record was yet another hit, peaking at #4 on the Billboard album charts as it landed under Christmas trees and inside holiday stockings around the country.

Arena would prove to be a pivotal album for Duran Duran: it would mark the last time the group would feature the complete original "Fab Five" lineup on a full-length recording. When the band would return two years later with Notorious, they would be just a trio, now minus two of the Taylors, Roger and Andy.

So for all of the excess that marked the group--and this release--at the pinnacle of the band's success, the wide range of projects and products around Arena effectively captured and chronicled the last glimpse of what made Duran Duran, well, Duran Duran.