Every Madonna Song That Topped the Charts in the '80s 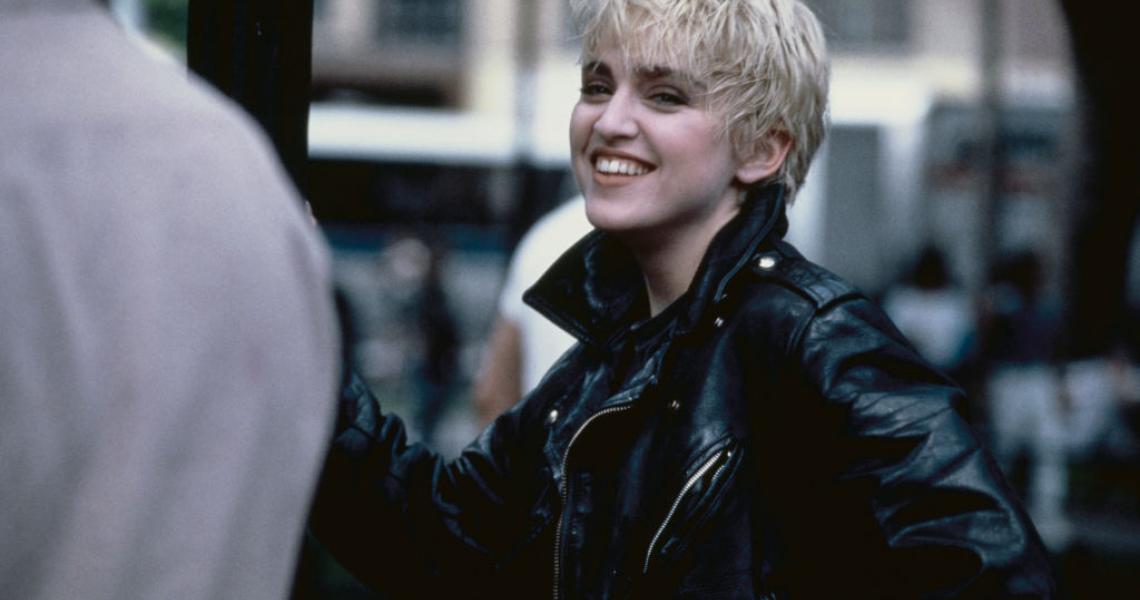 The idea of a pop star being big enough to go by one name didn't start with Madonna, but she sure made it a thing when she burst onto the scene some 40 years ago. Born two months after fellow single-named icon Prince and two weeks before another '80s blockbuster Michael Jackson - and, sadly, the only of the three still alive - Madonna's unique approach to music, dance, fashion, film and sexuality was the kind of magic that audiences in the '80s were looking for: turning heads, moving feet and stirring souls almost from the word "go."

READ MORE: Madonna to Kick Off Reissue Campaign in 2022

More than a dozen of Madonna's hits peaked at No. 1 on some chart around the world during the '80s. Here's a look back at all of them - a perfect, empowering playlist to track the evolution of pop in a most fascinating decade.

"Holiday" (1983): Madonna spent the last half of 1982 proving her chops as a dance club artist, with her first two singles, "Everybody" and "Burning Up," both reaching the Top 5 of Billboard's dance chart. With the non-stop party-starter "Holiday," the third single from her self-titled debut, she finally reached the top of that survey.

"Lucky Star" (1983): Another No. 1 dance hit soon followed in "Lucky Star," a significant entry in the Madonna canon for several reasons. It was not only the first chart-topper she wrote herself, but it was also her first song to make waves in Europe, becoming a Top 20 hit in England.

"Like a Virgin" (1984): Few lyrics take on a second meaning quite like the opener of "Like a Virgin": "I made it through the wilderness / somehow I made it through..." The eye-catching title track from Madonna's second album, produced with gusto by Nile Rodgers with the backing of CHIC (the legendary disco band he co-founded), reminded anyone who hadn't noticed by then that a bold new talent was on the scene. "Like a Virgin" soon became Madonna's first No. 1 hit on Billboard's Hot 100, and the No. 2 hit for all of 1985.

"Material Girl" (1985): having already turned millions of heads with a provocative performance at the inaugural MTV Video Music Awards, "Material Girl" showcased Madonna's growing confidence in the burgeoning music video medium, channeling Marilyn Monroe with aplomb. It may have given her a nickname she regretted, but it also gave her another No. 1 dance track.

READ MORE: When Madonna Struck It Rich with "Material Girl"

"Crazy for You" (1985): Infamously compared to "Minnie Mouse on helium" in an early review, Madonna may not have had the range of other dance-floor divas, but she knew how to make it count. Case in point: "Crazy for You," an emotive ballad that appeared on the soundtrack to teen drama Vision Quest (in which she also made a cameo appearance). Madge gave it her all on this track (reportedly getting the vocals in one take) and got another pop chart-topper for her trouble.

"Angel" / "Into the Groove" (1985): The Like a Virgin hype cycle wasn't over when the fast-paced "Angel" rang the bell on Billboard's dance survey. But in a sign of things to come, the success of "Angel" was probably helped by what was on the single's flip side: another percolating dance cut called "Into the Groove" heard in the film Desperately Seeking Susan, Madonna's first of many lead roles in a major motion picture. (Released as a single in the U.K., "Groove" gave Madonna her first No. 1 across the pond.)

"Live to Tell" (1986): On her third album True Blue, Madonna introduced her latest work not with a dance cut but the smoldering "Live to Tell," a ballad inspired by her rocky, often religious upbringing - a rich theme throughout her most critically-acclaimed works. Fans weren't going anywhere, taking "Tell" to the top of the pop charts once more.

"Papa Don’t Preach" (1986): True Blue at times sought to combine Madonna's flair for the theatrical alongside her pop instincts. "Papa Don't Preach," a song about teenage pregnancy, manage to piss off multiple pearl-clutchers for either encouraging underage sex or commenting on the always-thorny issue of abortion in America. Never one to shy away from a good controversy, Madonna rode the wave all the way to another No. 1.

"True Blue" (1986): True Blue's bouncy, romantic title track is particularly notable among Madonna's No. 1 hits as it's the only one of the pack to reach the top in places other than America! (It topped out at No. 3 in the U.S. while peaking higher in England and Canada.)

"Open Your Heart" (1987): Dance-pop songs might not get better than "Open Your Heart," and the proof is in the placement. The song, featuring an epic ten-and-a-half-minute remix on the 12" single, was, after "Like a Virgin," her second No. 1 on the dance and pop charts.

"Who’s That Girl" (1987): Whatever you think of Madonna's filmography, the soundtrack to Who's That Girl - made up mostly of tunes by her - was a winner when it was first released. The title track became her sixth pop song to reach No. 1 in America.

READ MORE: June 1987: Madonna Releases the Single "Who's That Girl"

"Causing a Commotion" (1987): And Who's That Girl's next single impacted the dance charts in a major way, becoming her seventh chart-topper there.

"Like a Prayer" (1989): Was the last Madonna album of the '80s the best? That might be up for debate, but the title track to Like a Prayer is arguably one of her artistic high points. Though it cost her a lucrative endorsement deal with Pepsi thanks to an eye-popping video loaded with suggestive religious imagery, "Like a Prayer" still stands as not only one of Madonna's boldest moments in a career full of them, but one of the high watermarks of '80s pop culture as well.

"Express Yourself" (1989): Always fascinated by the way dance music evolved around the world, the Like a Prayer era saw Madonna working closely with killer remixer Shep Pettibone to transform her works for clubs. The pair completely reworked "Express Yourself" for its single release, soaring to the top of the dance charts and anticipating the work Pettibone would do on remixing many of Madonna's biggest hits for The Immaculate Collection a year later.

"Keep It Together" (1990): Madonna's last No. 1 hit of the '80s (another success on the dance charts) actually rang the bell at the start of a new decade. She wrote the song as a mantra to herself and her family after a highly-publicized split with actor Sean Penn. Though she'd court some of her biggest controversy in just a few short years, it's safe to say she took her own advice on the song, remaining a concert draw and bestselling artist well into the present.