INXS Got Funky on "Original Sin" 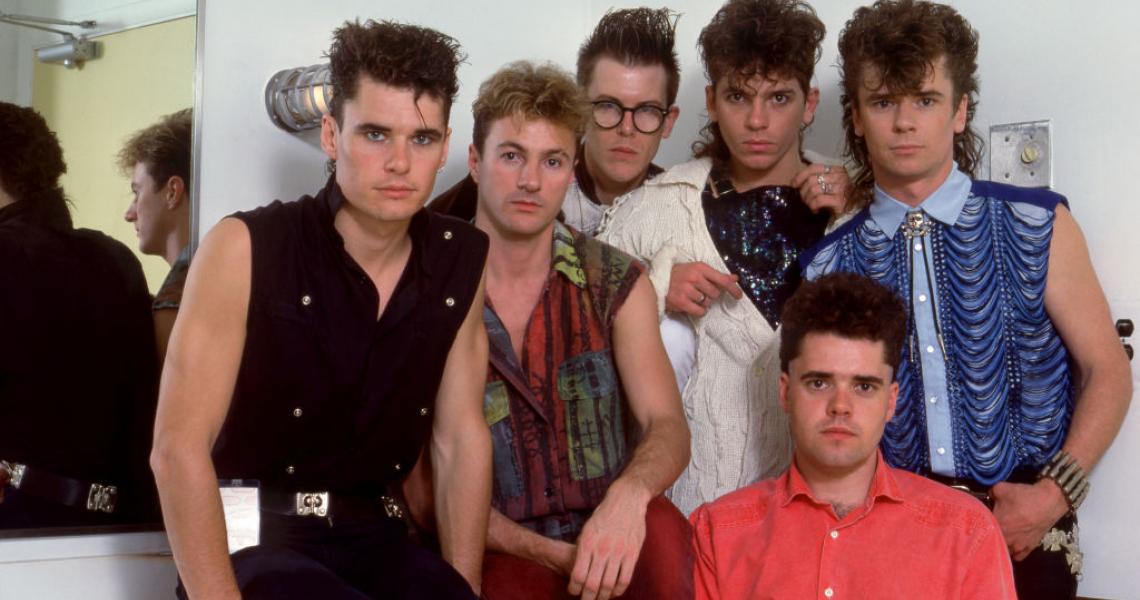 Three albums into their career, Australian rockers INXS were kind of like a bar band made good down under. Their albums performed respectably, and they even had their biggest hit at the time - the native Top 20 "The One Thing" - cross over into the U.S. Top 40. But the band wanted more, and who could blame them? The tightly wound musicianship of the Farriss brothers  (songwriter/keyboardist Andrew, guitarist Tim and drummer Jon), guitarist/saxophonist Kirk Pengilly and bassist Garry Gary Beers were perfectly matched by the vocals, lyricism and untamed charisma of frontman Michael Hutchence. With the right combination of skill, luck and magic, they could reach another level.

And that's exactly what happened in 1984, with "Original Sin" - the lead single from their fourth album The Swing. A heart-stopping slice of white-boy funk, it went into the stratosphere with the help of one of the finest soul/pop producers working at the time: Nile Rodgers of CHIC.

The lyrics - referencing forbidden, possibly interracial love - have been explained a few different ways by members of the group. "Michael wrote the lyrics and each time I ask him what they mean I get something different," Andrew Farriss told The Age shortly after the song's release. "The main theme of it really is—it's almost a hippy song!—it's about everyone joining together, and it's also about people's desires, and waking up the next morning and finding them washed away." Decades later, Farriss told Songfacts that the inspiration came from seeing a group of schoolchildren at play while on tour. "[Michael] was looking at them all and he said, 'We should all just be like kids,'" Farriss explained.

Rodgers, who'd produced David Bowie's massive Let's Dance the year before, recalled meeting INXS when they opened for Daryl Hall & John Oates in Canada and discovering just how big fans of his work they were. "INXS was crazy about CHIC, which was hard enough for me to get my head around," he wrote in his memoir. "But when they said they loved my solo album, I thought they were bullshitting me." They proved it by singing a song from the underselling LP, explaining they sang it often in soundchecks. "On the spot we decided we had to work together."

Recording at The Power Station in New York City, Rodgers brought two key factors to the song. The first was a last-minute change in lyrics. “The original lyrics were, 'Dream on white boy / Dream on white girl,’” Rodgers told an Australian interviewer in 2012. “I said, 'Why not make it 'black boy / white girl?' I come from an interracial couple. Psychologically that makes it a bigger statement."

His second power move was to call up the band's old tourmate and a friend of his to offer backing vocals: Daryl Hall. Naturally, that was a topic of conversation as Hall & Oates continued their decade of dominating the charts around the world, but Hall was atypically modest about his contributions. “They wanted me to sing on it for some reason,” Hall explained on Aussie music show Sounds in 1984. “I don’t know why, because they’re good singers. They didn’t need me. But I did it anyway!”

The results were massive: "Original Sin" earned INXS their first No. 1 single in their home country - and while it missed the Top 40 in America, it laid the groundwork for a more kinetic dance-rock sound that would pay major dividends for them by the end of the decade.