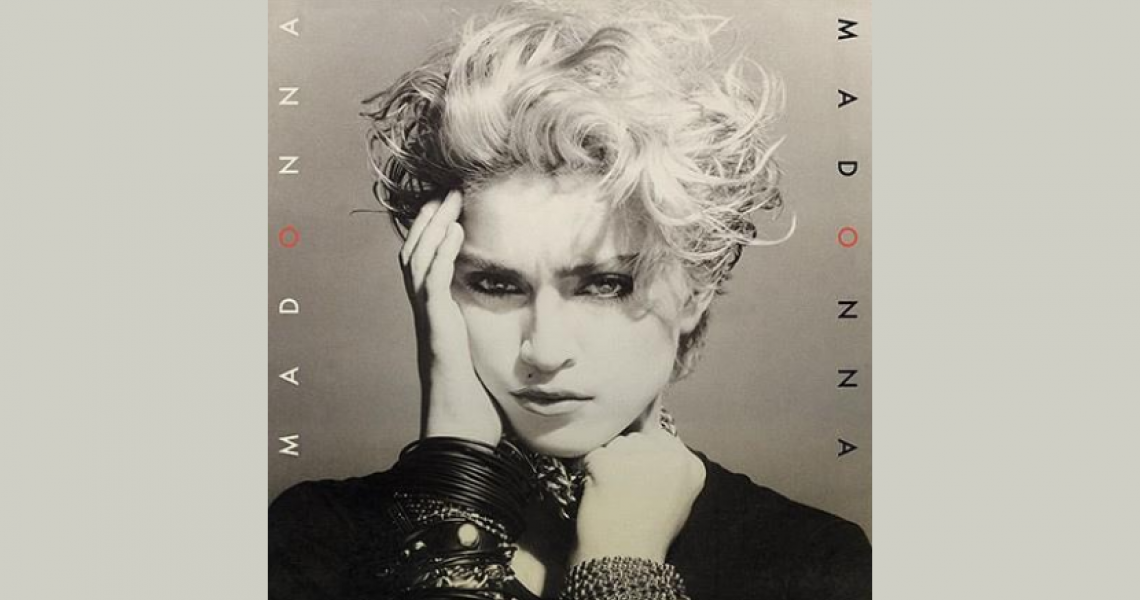 Happy Madonna Day! Today marks the 37th anniversary of the release of Madonna's self-titled debut album Madonna, which premiered on this day in 1983 via Sire/Warner Bros. Records.

By early 1982, Madonna, a 23-year-old Michigan native, had left Detroit to pursue her dreams of conquering the world in New York City.

RELATED: #Madonna Mondays: Her Seven Biggest Hits from the 80s

Between her oddball gigs, from working at Dunkin Donuts to traveling as a backup dancer for French disco singer Patrick Hernandez, Madonna recorded a demo of four songs at a Times Square studio (with the help of her ex-bandmate and ex-boyfriend Steven Bray).

She brought the demo and her dreams along one Saturday night to the Danceteria nightclub and presented them both to DJ Mark Kamins. When she caught the attention of Kamins' colleague Michael Rosenblatt, an A&R representative for Sire Records on the dance floor, she brought Rosenblatt her demo in-person the following Monday and left him with a serious impression.

"[She] played me that demo. It wasn’t amazing," Rosenblatt confessed to Rolling Stone. "But this girl sitting in my office was just radiating star power. I asked her, 'What are you looking for in this?' I always ask that, and the wrong answer is 'I want to get my art out,' because this is a business. And Madonna’s answer was, 'I want to rule the world.'"

Even a bedridden Seymour Stein, the founder of Sire Records, couldn't deny Madonna's serious star potential as he listened to her demo, including "Everybody," from a hospital, while hooked up to a penicillin drip.

"When she walked in the room, I could tell she wouldn’t have cared if I was like Sarah Bernhardt lying in a coffin," recounted Stein to Rolling Stone. "All she cared about was that one of my arms moved, that I could sign a contract. What I saw there was even more important than the one song I heard. I saw a young woman who was so determined to be a star."

With Seymour's blessing, Madonna signed her new deal on the spot and quickly went to work. Kamins tag teamed with Madonna to produce the disco-funk single "Everybody," released as the first off her debut LP in late 1982.

The song promptly took the clubbing world by storm, peaking at No. 3 on Billboard's Dance/Club Play tally by early 1983. Buoyed by the success of "Everybody, " Madonna partnered next with Reggie Lucas, who had produced tracks for Stephanie Mills and Roberta Flack, to begin work on the body of her debut album.

By the time Lucas finished penning "Borderline" and "Physical Attraction," and the recording sessions were complete, the album was one song short, due to "Ain't No Big Deal" being sold to disco act Barracuda.

Enter New York DJ legend "Jellybean" Benitez, who played a demo of "Holiday" for Madonna, then whipped up the song's production from scratch during a one-week deadline.

"Holiday" eventually became Madonna's first major mainstream hit in America and her first single to make an appearance on the Billboard Hot 100. Following her breakthrough with "Holiday," her next single "Borderline" scored Madonna her first Top 10 on the Hot 100, and its successor "Lucky Star" flew to Top 5 status when the song hit No. 4 on the Hot 100 by October 1984.

READ MORE: January 1984: When Madonna Ruled the World with "Holiday" on 'American Bandstand'

Madonna debuted at No. 190 on the Billboard 200 by September 1983, and eventually scaled its way to No. 8 by 1984. During its storied 168 weeks-stay on the chart, the longest run of any Madonna album, the LP spun off three Top 20 hit singles on the Hot 100 chart, giving the world its first tastes of a superstar whose name they would likely never forget.