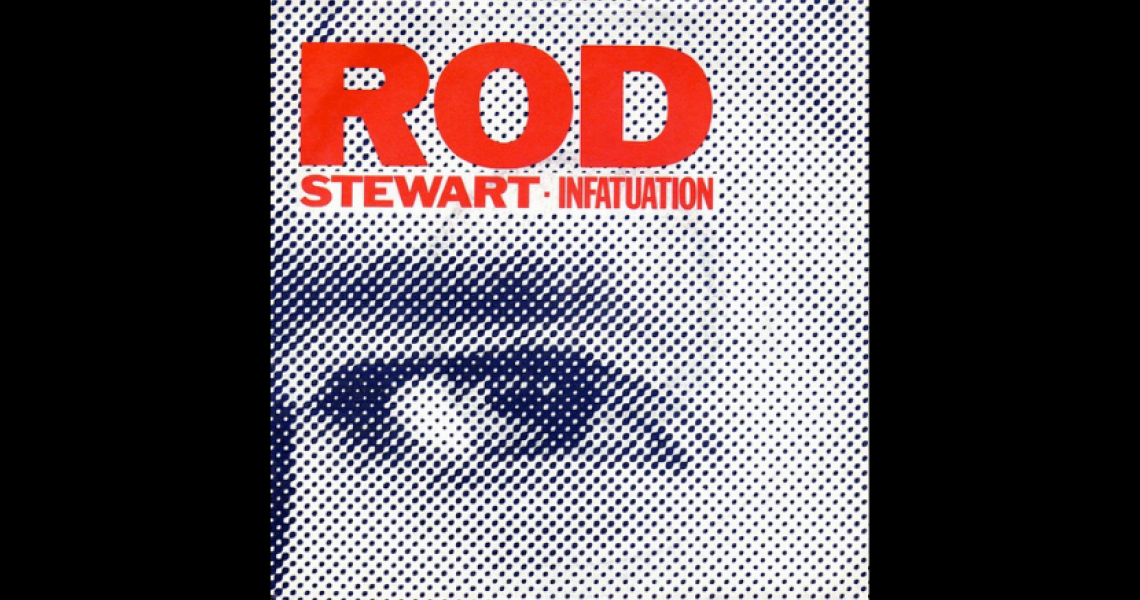 Toward the end of the '70s, Rod Stewart - already popular as one of the most distinctive rock singers in the game - surprised audiences by veering in a very pop direction. It was a move that'd sustain his commercial fortunes outside of his native England, while giving him some mixed success in his home country. The surprising disco anthem "Da Ya Think I'm Sexy?" was a No. 1 on both sides of the Atlantic, but from there, his singles seemed to carry more weight in America - including one of his most catchy early '80s jams: a rollicking, horn-infused number called "Infatuation."

Released from the album Camouflage in 1984, "Infatuation" would follow U.S. Top 10s like "Passion" and "Young Turks," both of which enjoyed lesser peaks in England while songs like "Tonight I'm Yours" and the chart-topping "Baby Jane" became his biggest early '80s smashes at home. Did people just not buy this side of Rod? The singer himself seemed to think so, in retrospect. He once told Mojo that all the credit for the album's success should go to the producer, Michael Omartian, as Stewart's heart just wasn't in it.

"He did the best he could with an artist that wasn't involved," Rod admitted. "I didn't care." Not even a guitar solo by Jeff Beck - his first-ever appearance on one of Rod's solo albums and, indeed, their first collaboration since The Jeff Beck Group broke up 15 years earlier - could pull him out of his creative indifference.

Months after "Infatuation" peaked at No. 6 on the Billboard Hot 100, he made a small footnote in history on Sept. 14, 1984 by opening the very first MTV Video Music Awards ceremony with a live performance of the track. The appearance, of course, was overshadowed by the next performer that night: Madonna's wedding gown-clad romp through "Like a Virgin."

READ MORE: Rod Stewart Got It Together on 'Out of Order'

Either way, the song kept Rod's career going strong as he made his way to the end of the decade, by which point audiences would reunite in their support of his work.