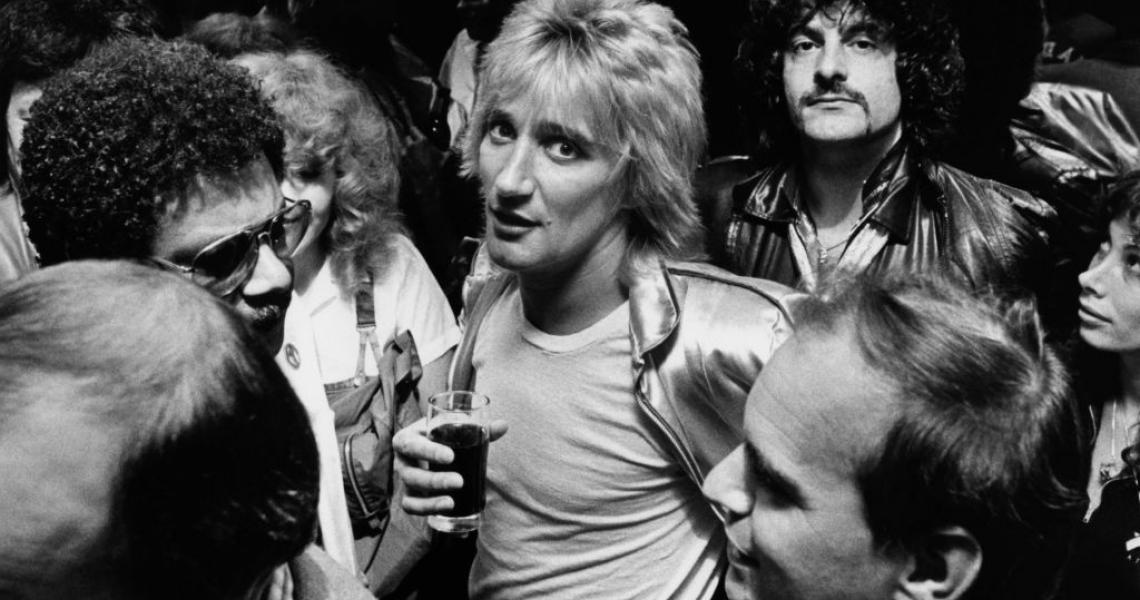 Rod Stewart's string of hits, from the Faces to his forthcoming album The Tears of Hercules, is formidable. And 40 years ago, it showed no sign of letting up, thanks to a bold New Wave-inspired hit with a striking video that kept Rod the Mod firmly in the present.

By the time Stewart's 11th solo album Tonight I'm Yours ended up in record stores in November of 1981, the singer had lent his iconic voice to some striking singles that found him embracing the sounds of disco, from the chart-topping "Da Ya Think I'm Sexy?" to the U.S. smash "Passion." Tonight's biggest track, though, was "Young Turks," a single that embraced the keyboard-forward sound of British pop at the dawn of a new decade.

Written with three of Stewart's bandmates - keyboardists Kevin Savigar and Duane Hitchings and drummer Vinny Appice - "Young Turks" had nothing to do with the controversial Middle Eastern political movement of the early 20th century. Instead, it told the timeless story of a youthful couple who feels like no one's listening to them - so they break out and start their own journey, with all its ups and downs. The track's bouncy rhythm and bright synths made it impossible for dance floors to ignore - and you can thank Rod and his band's dedication for that.

"Rod was always trying to be on the cutting edge at that time," Appice later explained to Songfacts about the song's creation. "Duane had just gotten a sequencer, so we started screwing around and came up with the chords and melodies. This one was easy because we used the whole concept that we came up with. We just transferred it from the eight-track that Duane had going right onto the 24-track. We used the drum machine and everything. Once we gave Rod the music, he wrote the lyrics."

The youthful spirit of the track was underlined by the music video made for the song. Russell Mulcahy, who'd later direct lavish clips for Duran Duran, served as the director for the "Young Turks" shoot in Los Angeles; choreographer Kenny Ortega (who'd go on to direct the High School Musical films) arranged the high-energy dancers (including a breakdancer - the first time one was seen on MTV). Actors Dale Pauley and Elizabeth Daily played the song's Billy and Patty. (Daily would become a familiar face throughout the '80s, co-starring in Pee-wee's Big Adventure and creating the voice of Tommy Pickles in the beloved cartoon Rugrats.)

READ MORE: Rod Stewart Got It Together on 'Out of Order'

When the dust settled later that year, "Young Turks" kept Rod's hit streak alive, reaching No. 5 on the pop charts in America and No. 11 in his native England (where it was outcharted by the title track of Tonight I'm Yours, its first single). More than four decades later, time is still on his side!