Rod Stewart Got It Together on 'Out of Order' 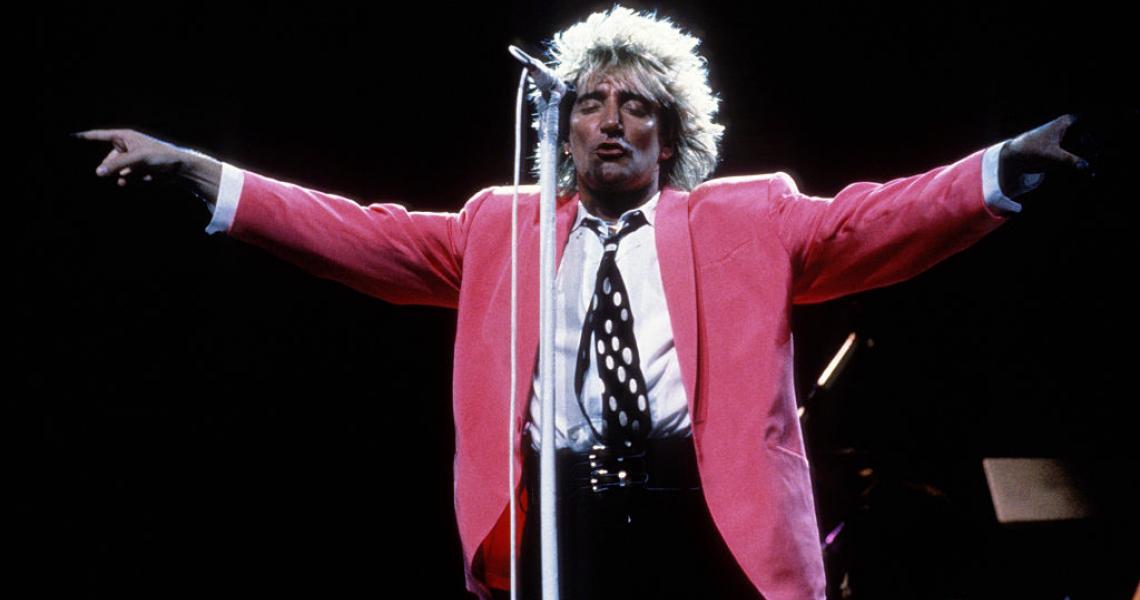 While Rod Stewart spent the majority of the ‘70s in the upper reaches of the charts on a regular basis, the ‘80s definitely found him experiencing some occasions up-and-down periods. Thankfully, his path of sporadic success hit a dramatic upswing with his fifteenth album Out of Order (1988), which turned out to be his most successful LP of the decade.

To be fair, Rod definitely didn’t skimp on the talent when it came to the musicians on the record, nor with the producers. Although he did kind of get a twofer on that front, since he co-produced the album with ex-Duran Duran guitarist Andy Taylor and founding CHIC bassist Bernard Edwards. Oh, and did we mention that CHIC's Tony Thompson plays drums on the LP, too?

Reflecting on the album in 2020, Classic Pop Magazine heaped praise on the record, using the phrase “rip-snorting” as a descriptor and referring to it as “a meaty LP of ballads and blues rock, with the main man finding his voice again, literally and figuratively.” In addition, the look back at the LP makes specific mention of opener “Lost in You,” referring to it as offering “an entertaining face-off between Stewart’s gruff tones, Taylor’s bombastic guitar, and Thompson’s beefy drums.”

“Lost in You,” as you may recall, was released as the album’s first single, and it proved to be a sign of things to come, with the track climbing to No. 21 in the U.K. and No. 12 in the U.S. But, of course, it was far from the album’s only hit single: “Forever Young” hit No. 12 on the Hot 100 as well, with “My Heart Can’t Tell You No” hitting No. 4 and “Crazy About Her” making it to No. 11. And while it’s never gotten the same level of love on radio, it must be said that the album’s fifth single, “Dynamite,” was actually a Top 20 hit on American adult contemporary radio, hitting No. 16.

READ MORE: Rod Stewart Made "Friends" with Burt Bacharach in 1982

Beyond hitting the Top 20 on both sides of the Atlantic (No. 11 in the UK and No. 20 in the U.S.), Out of Order went gold in England, shifted double-platinum units in America, and actually went 5x platinum in Canada, where it climbed all the way to No. 2. All told, it was – as mentioned above – Sir Rod’s best-selling album of the decade, setting the stage for the even bigger hit that would arrive with 1991’s Vagabond Heart. That voice is still going strong all these years later, too, with a new album, The Tears of Hercules (his 31st), due out in November.