Rod Stewart Made "Friends" with Burt Bacharach in 1982 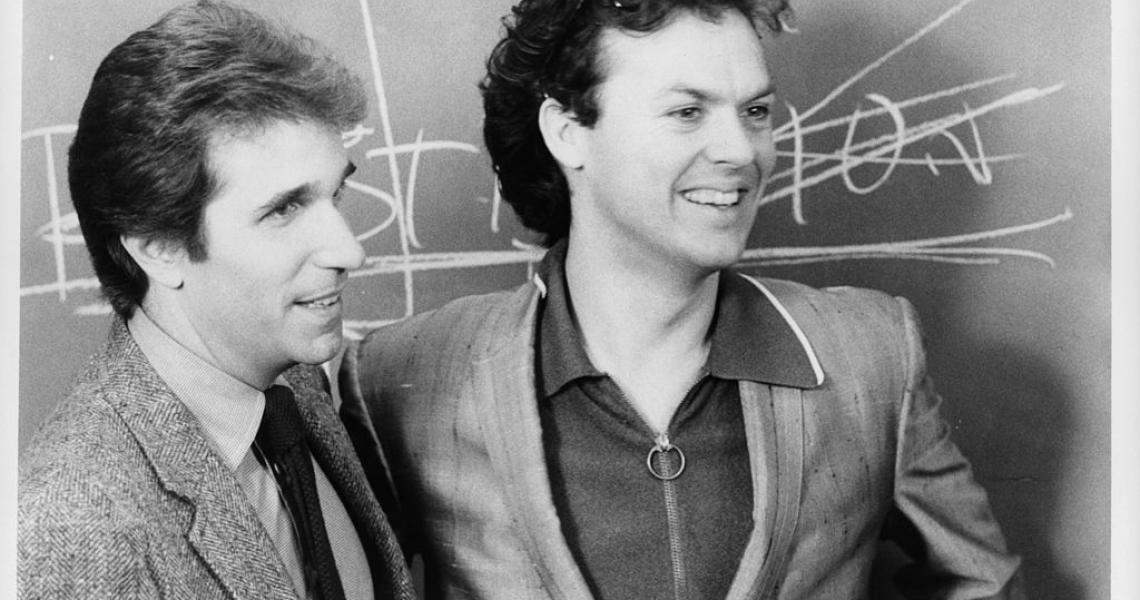 One of 1982's breakout comedies was Night Shift, a movie about an unlikely duo of morgue attendants who decide to make a little money by turning their place of business into a brothel. The film was a hit for everyone, from burgeoning actor-turned-director Ron Howard to his leads: fellow Happy Days cast member Henry Winkler as the straight-laced Chuck Lumley, and newcomer Michael Keaton in a star-making turn as the unhinged Bill "Blaze" Blazejowski.

But one of the weirdest things you might realize watching it today is that one of the most popular songs of the late '80s actually has its origins in the film's score: "That's What Friends Are For," a massive hit for Dionne Warwick but sung here by Rod Stewart over the film's closing credits.

Songwriting team Burt Bacharach and Carole Bayer Sager were hired to write songs and score for Night Shift off the runaway success of their work for the 1981 comedy Arthur, featuring a blockbuster, award-winning theme co-written and sung by Christopher Cross. One of the most affecting songs of the bunch was "Friends," written to signify Chuck and Blaze's unlikely friendship as well as Chuck's burgeoning romance with an enchanting lady of the night played by Shelley Long (who'd soon break out as part of the cast of the TV comedy Cheers). The catchy chorus forms the backbone of Bacharach's instrumental score, and a "love theme" arrangement appeared on the film's original soundtrack.

READ MORE: How Christopher Cross Added Another Award to the Shelf with "Arthur's Theme"

And yet, Stewart's version - his can't-miss vocal admittedly obscured by the synth-heavy backing track - was relegated to the end credits of the film, and passed over for a single in favor of a title theme by rock group Quarterflash. It seemed that was the story of the song...until one night, Dionne Warwick caught a late-night TV viewing of the movie and was taken by the song. “I didn’t really pay attention to the names that were going up on the credits,” she later said, “but I knew that was Burt Bacharach’s melody.  There was no way in the world it could be anybody else’s.”

Of course, Bacharach had helped write Dionne's most famous songs in the '60s, and the two had recently reconciled after a decade of estrangement. The day after she saw the film, she called up the songwriter and asked if she could do a version herself. "They were thrilled,” she said. “They figured that nobody had heard the song, except the two of them - and Rod Stewart!” With the help of Gladys Knight, Stevie Wonder and Elton John - and with proceeds donated to amfAR, an early charity for AIDS research, the second version of "Friends" became a smash, spending four weeks at No. 1, becoming the best-selling single of 1986 and winning two Grammy Awards, including Song of the Year.