January 1986: Dionne Warwick and Friends Come Together at No. 1 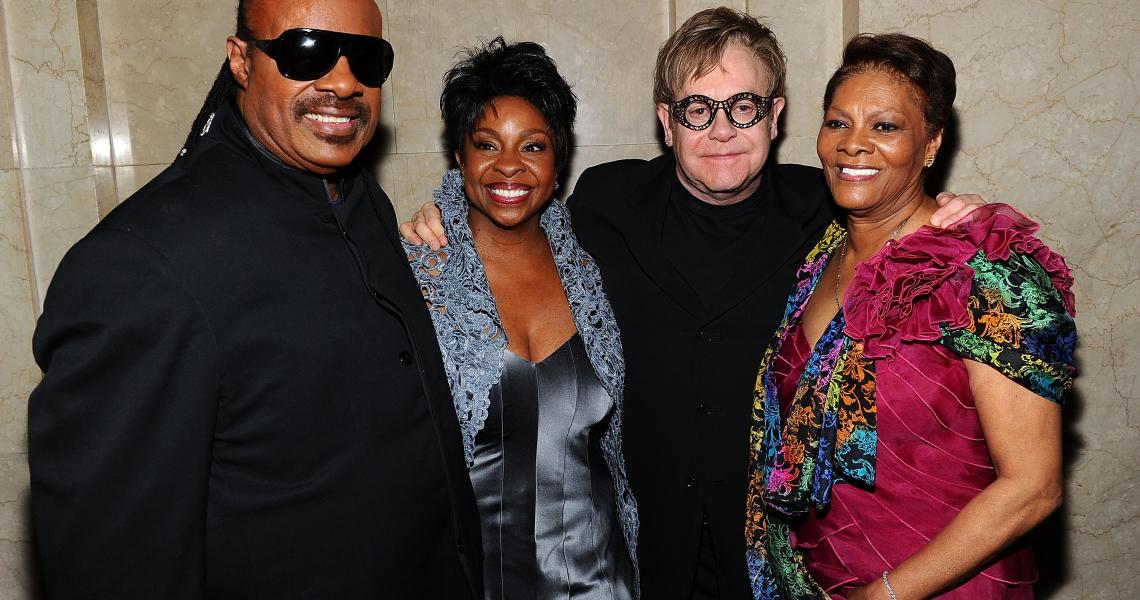 Pop charts in the '80s often featured star-studded singles for charitable causes, from Band Aid's "Do They Know It's Christmas?" to USA for Africa's "We Are the World." But with just three other singers - and a songwriter/producer she'd not worked with in many years - Dionne Warwick released a great song for a great cause: "That's What Friends Are For," a No. 1 hit for four weeks starting on Jan. 18, 1986, the year's best-selling single and a fundraiser in the fight against AIDS.

"That's What Friends Are For" had humble beginnings. Legendary songwriter Burt Bacharach and his then-wife Carole Bayer Sager penned it some years before, and a version by Rod Stewart ended up on the soundtrack to the film Night Shift in 1982. Two years later, Bacharach reunited with Warwick, the singer who'd made hits out of his many songs with writer Hal David ("I Say a Little Prayer," "Do You Know the Way to San Jose," "Walk on By"), on the album Finder of Lost Loves.

For her follow-up, 1985's Friends, Warwick wanted a song with a powerful message of love - something that could resonate with the LGBTQ+ community, which was dealing with the horror of the deadly spread of AIDS and little to no aid from the government or general public. Dionne had lost a friend to the disease without warning in 1981, and sought to help those who needed it most. "You have to be granite not to want to help people with AIDS, because the devastation that it causes is so painful to see," she told The Washington Post in 1988. "I was so hurt to see my friend die with such agony."

Inspired by her resolve - and with encouragement from Elizabeth Taylor, who'd visited Warwick in the studio - Bacharach and Bayer Sager revisited "That's What Friends Are For," this time with a host of guest performers. Stevie Wonder, Gladys Knight and Elton John recorded vocals for the track, a process Bayer Sager likened to assembling a jigsaw puzzle. (Elton, himself an AIDS activist, was a last-minute substitute for Luther Vandross; Warwick told People in 2019 she enlisted him after they ran into each other while grocery shopping.)

With proceeds earmarked for amfAR, an early foundation for AIDS research, "That's What Friends Are For" became a blockbuster. It took home Grammy Awards for Song of the Year and Best Pop Performance by a Duo or Group with Vocals and became a lasting touchstone of all four artists' careers. The quartet performed it only twice in concert: once at an AIDS benefit gala Warwick organized in Washington, D.C. in 1988, and again in 2011 at another fundraiser for amfAR.