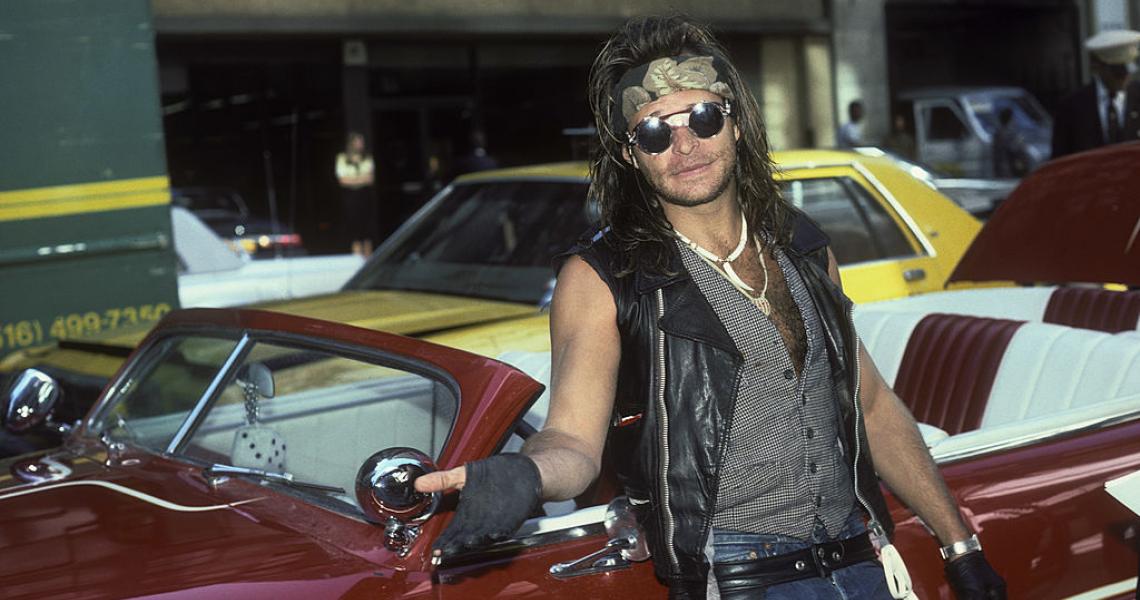 It seems like a joke, doesn't it? The story goes that on the first day of April 1985 - April Fool's Day, of all days - the world learned about David Lee Roth's departure from Van Halen. And, well...if it seems too good to be true, it probably is. The band's irascible frontman might have been on his way out at the time, but fans wouldn't find out until the summer.

And to think: only a year before they were on top of the world. Their sixth album 1984 was a pop juggernaut, spinning off hits in "Jump," "Panama" and "Hot for Teacher" - the culmination of more than a decade of pounding the pavement and becoming one of the biggest and best rock bands on the planet. But all was far from perfect: Van Halen and Roth's musical styles were never entirely compatible, and their alternating desires to branch out were met with frustration by the other.

READ MORE: In 1985, David Lee Roth Was Going Solo and 'Crazy from the Heat'

Roth ended up releasing a solo EP in 1985, the cover-heavy Crazy from the Heat, which featured hit renditions of "Just a Gigolo/I Ain't Got Nobody" and The Beach Boys' "California Girls." He'd pour fuel on the embers suggesting all was not well within Van Halen. “Since my very first days in with the band 11 years ago, I have always had the feeling that one day I would wake up in a cold hotel, all the rooms would be empty and I would be stuck by a phone with a busy signal," the singer told Billboard. "From the first day. Nothing has changed.”

But things really hit a snag when Roth began discussing his next project: a no-holds-barred film project, also called Crazy from the Heat, that he wanted to make before considering to rejoin Van Halen in the studio or on the road. The guitarist would later stew over the suggestion that he pause his band's progress to write a score for the film. Rolling Stone reported a potential rift in the summer of 1985, and Eddie confirmed it by the end of the season. "The band as you know it is over," he confirmed to the magazine. “I’m looking for a new lead singer...it’s weird that it’s over. Twelve years of my life putting up with his bullshit.”

While Eddie reportedly contacted everyone from Scandal's Patty Smyth to Daryl Hall about filling Roth's shoes, by the end of the year it would be Sammy Hagar who became Van Halen's new frontman - a position he'd hold for more than a decade. As for Diamond Dave, the Crazy from the Heat project would unfortunately never come to fruition, leading him to keep pursuing music to varying degrees of success before reuniting with Van Halen more than once.