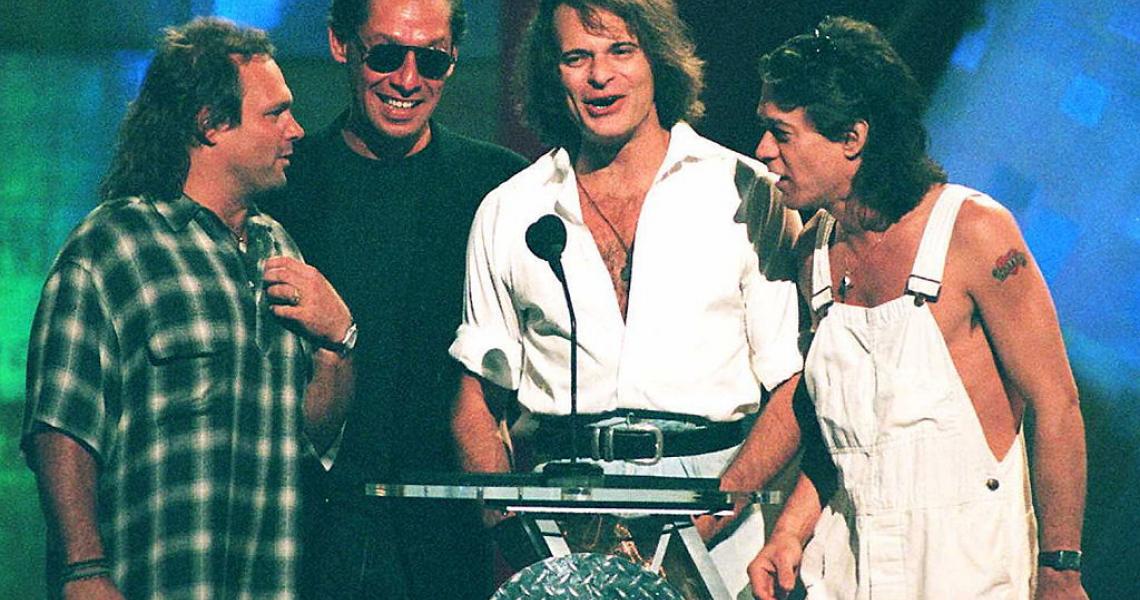 On Sept. 4, 1996, Van Halen fans watching the MTV Video Music Awards were liable to do a double take: there, on the stage at Radio City Music Hall in New York City, were Eddie and Alex Van Halen, Michael Anthony and...David Lee Roth, the band's original vocalist, with whom they'd not performed in nearly a decade. How did this happen?

The unlikely reunion was the culmination of a very rocky year behind the scenes for the rock legends. Relations with Roth's replacement, Sammy Hagar, were at an all-time low: the band could not agree on a direction for a song from the disaster flick Twister, and tensions were exacerbated by the decision to take most of the year off and release a greatest hits collection at year's end. (Hagar was uncomfortable with the idea of songs he sang sharing disc space with Roth, and unsuccessfully lobbied for a separate volume of just his songs.)

Amid the unrest, Eddie decided to reach out to Roth to discuss the collection. Their meeting was so positive that Diamond Dave ended up entering 5150 Studios with producer Glen Ballard and the rest of the band and recording two new tracks: "Can't Get This Stuff No More" and "Me Wise Magic." But, Eddie and Alex later insisted, the studio reunion was "baby steps" toward anything more permanent - and in fact, Van Halen was sitll considering a new, permanent singer.

Ultimately, Van Halen's on-stage reunion to present an award started flaming out almost as soon as it started. Almost immediately, the unpredictable Roth deviated from the script on live television, mugging as Beck accepted his VMA. Then, the guitarist brushed off questions about reuniting backstage, putting priority on getting a needed hip replacement. Eddie claimed that Roth didn't take well to that direction, accusing Roth of saying "Tonight's about me, not your f---in' hip!"

Roth issued an apology to fans shortly therafter. "I was an unwitting participant in this deception," he wrote. "It sickens me that the 'reunion' as seen on MTV was nothing more than a publicity stunt." But stunt or not, the gambit paid off; by the end of the year, Best of Volume 1 was a chart-topper - giving Van Halen the momentum to recruit Extreme singer Gary Cherone for a new album in 1998.