In 1985, David Lee Roth Was Going Solo and 'Crazy from the Heat' 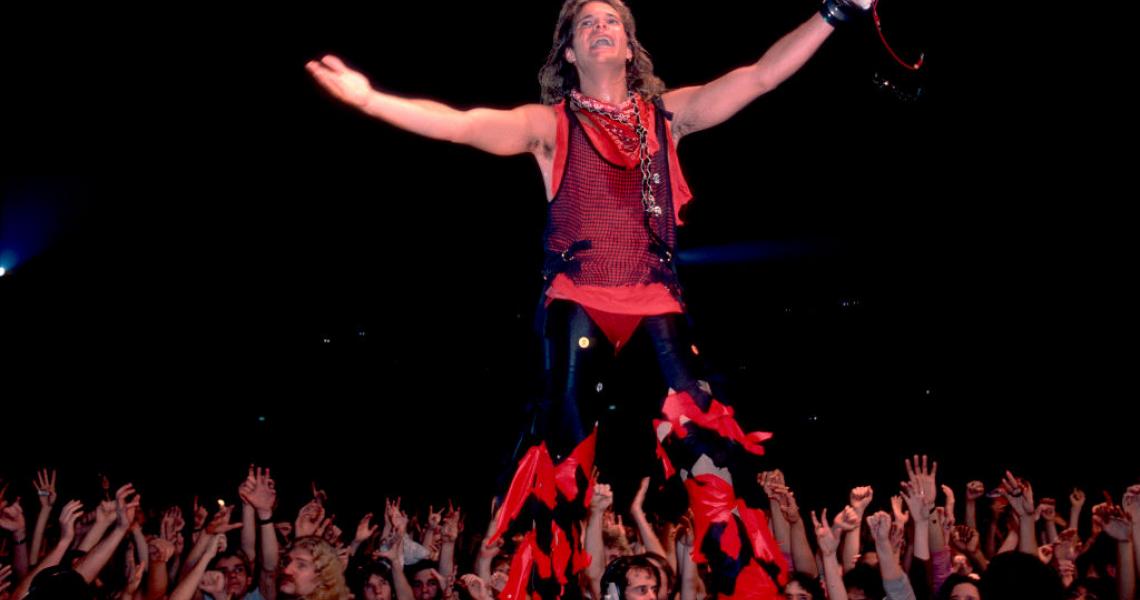 When David Lee Roth took his first steps outside of Van Halen by releasing his own EP, it proved so successful that there was precious little chance he would do anything other than fully embrace his solo career.

Overseen by Van Halen producer Ted Templeman, Crazy from the Heat consisted of a grand total of four songs...or five, if you want to be a purist and count both “Just a Gigolo” and “I Ain’t Got Nobody,” which Roth combined and delivered up as a medley. Other songs on the EP included Dan Hartman’s “Easy Street,” a cover of The Beach Boys’ “California Girls,” and a version of The Lovin’ Spoonful’s “Coconut Grove.”

As it was released during the height of MTV’s early success, “California Girls” came with an accompanying music video, of course, one in which Roth played a character that he called “Diamond Dave.” It had moments where it knowingly and willfully channeled The Twilight Zone, and it was also legitimately funny, so viewers requested it regularly. That it also featured numerous bikini-clad girls was almost certainly incidental, but one of the women who wasn’t so dressed – let’s clarify that: she plays a tourist – was Jane Leeves, later to spend numerous seasons playing Daphne on NBC’s Frasier. As for the recording itself, you can’t go wrong with a Beach Boys cover that actually features a Beach Boy – Carl Wilson, accompanied by Christopher Cross – on backing vocals.

In addition, Roth also released a video for “Just a Gigolo/I Ain’t Got Nobody,” this time creating his own faux music video network called – what else? – Dave TV. Again, there are a flurry of really weird, funny characters followed by a bunch of gorgeous girls in various states of dress and undress, so needless to say, it was another MTV smash.

Also a smash: the Crazy from the Heat EP itself. “California Girls” hit No. 3 on the Billboard Hot 100, while “Just a Gigolo/I Ain’t Got Nobody” made it to No. 12. Heck, even “Easy Street” graced the U.S. mainstream rock chart, topping out at No. 14. When all was said and done, Crazy from the Heat made it to No. 15 on the Billboard 200, so it should come as no surprise that our man Dave gave Van Halen his walking papers soon thereafter, going all in on his solo career.