Madonna Was Causing a Commotion with Her First Proper Soundtrack 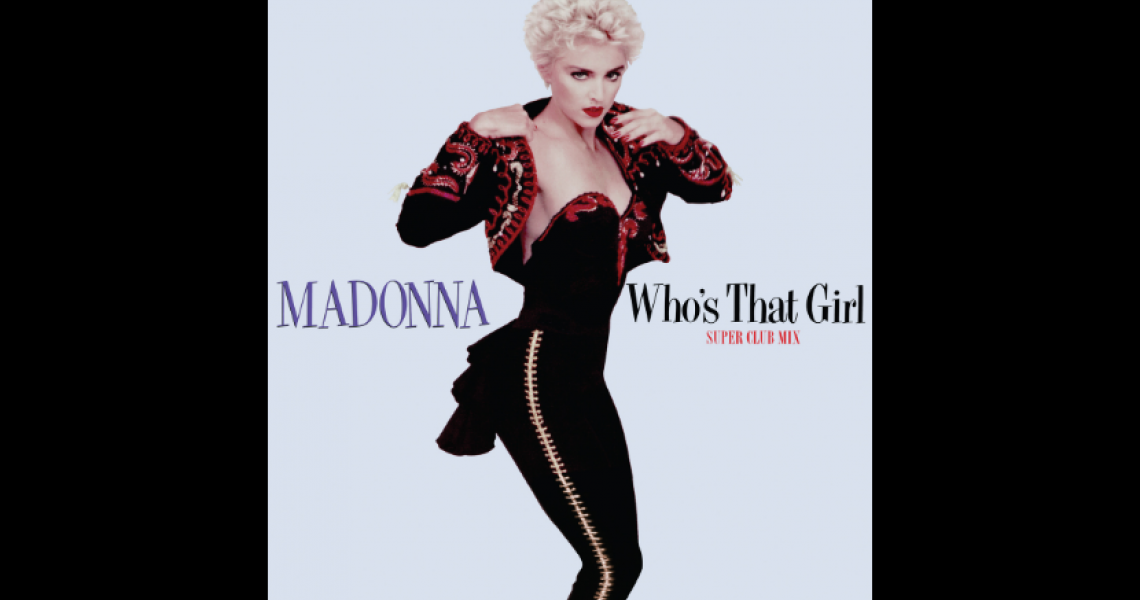 By 1987, some five years into her career as one of the biggest pop stars of the '80s, Madonna was no stranger to the camera. But only that year did she combine two of her greatest loves - music and acting - into one major project: the film Who's That Girl.

Over the past two years, the Queen of Pop had appeared in three films: 1985's Vision Quest (in which she sang a new single, the hit "Crazy for You"), and the comedies Desperately Seeking Susan (1985) and Shanghai Surprise (1986), the latter alongside her then-husband Sean Penn. But it was still on the pop charts that she reigned supreme; while True Blue was racking up hit after hit, Shanghai Surprise, in particular, was a savage critical and commercial failure.

Undeterred, Madonna set her sights on a screwball comedy script called Slammer, about a wrongfully-accused woman who cons a lawyer into helping her clear her record of murder by tracking down the real killers. To sweeten the deal - and help keep Warner Bros. in the Madonna business - she picked the director: James Foley, the best man at her wedding and the filmmaker who'd helmed her videos for "Live to Tell" and "Papa Don't Preach." "I had a lot in common with Nikki," Madonna would later say of her character. "She's courageous and sweet and funny and misjudged. But she clears her name in the end...I'm continuously doing that with the public."

Filming on the picture was reportedly a challenge: Foley tried to coax a more natural approach in her scenes, while Madonna obsessed over every detail. A few unforeseen circumstances affected the schedule, too: a scene with a live cougar was derailed when the animal got out of its cage. But one of the delays - a few days of snowfall on location in New York - turned out to be a blessing in disguise, giving the singer time to flesh out songs that would feature in the film.

Once again, Madonna reunited with True Blue collaborators Patrick Leonard and Stephen Bray to write and produce four new songs for the film - two danceable tracks and two laid-back album cuts. Leonard developed "Who's That Girl" (a song Madonna liked so much she suggested the movie be named after it) and the ballad "The Look of Love"; Bray riffed on one of their previous favorites - the B-side "Into the Groove" - with the simiilarly structured "Causing a Commotion," and paid homage to Motown with the peppy "Can't Stop." (A soundtrack album included Madonna's labelmates, including Scritti Politti, R&B group Club Nouveau and singer/vibraphonist Coati Mundi, who also appeared in the film.)

READ MORE: Every Madonna Song That Topped the Charts in the '80s

While Who's That Girl didn't change critics' or audiences' minds about Madonna's film prospects, it did keep her hot streak going on the pop charts, at the very least. Since "Borderline" was issued as a single in 1983, every one of Madonna's releases hit the Top 10 in America. Who's That Girl did nothing to change things: the title track reached No. 1 in both the U.S. and the U.K., while "Commotion" hit No. 2 and No. 4 on each of those sides of the Atlantic. ("The Look of Love" even managed Top 10 status in England!)