July 1985: When Tears for Fears Ruled America with "Songs from the Big Chair" 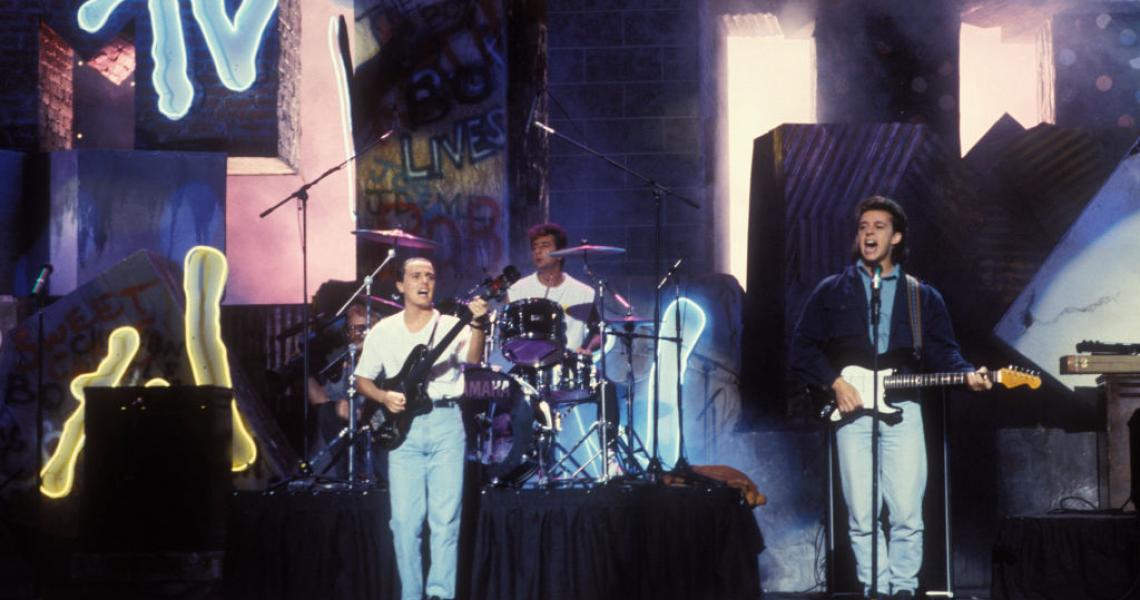 America had officially caught Tears for Fears fever. The UK duo's second album, Songs from the Big Chair, had climbed to #1 on the Billboard 200 for the week of July 13, 1985. It would hold the #1 position for an entire month.

RELATED: March 1985: Tears for Fears Release "Everybody Wants to Rule the World"

This album chart-topping achievement followed the single, "Everybody Wants to Rule the World," being the #1 song in America for two weeks in June 1985. The follow-up single, "Shout," went on to top the U.S. charts for most of the month of August 1985.

"Pop music was still a growth industry. It hadn't sort of stagnated, stalled, diversified into streaming like it is nowadays," Roland Orzabal recalled of 1985 in a press release for the 35th anniversary edition reissue of Song from the Big Chair. "We were young, we were both good-looking and we had the right music. As we move further and further from that decade and you keep hearing 'Everybody Wants To Rule The World,' in various forms I do think it is an era-defining album."

Orzabal was more critical of the record at the time, telling Rolling Stone in 1985 that “what Americans are getting at the moment is watered-down Tears for Fears," in regards to what the magazine called "the blatant simplicity" of hit song, “Everybody Wants to Rule the World."

“The material on the album is basically straight pop,” Curt Smith told L.A. Times in July 1985. “The kind of stuff played on the radio all the time."

The album was made in response to the relative darkness of the band's debut, The Hurting, of which Smith said in 1985: “It’s hard to listen to now--it seems like what was on our minds so long ago. We made it when we were 20, and it had a lot to do with our emotions between 10 and 15. Recording it wasn’t fun--it was hard to listen to just after we did it. It was hard dealing with those feelings. Maybe we were taking ourselves a bit too seriously then.”

"I think… I mean, at the time it felt completely disjointed, that we were clutching at straws regarding available songs," Orzabal said earlier this year. "We started off with two or three songs and bits of b-sides and within one month I came up with ‘Shout’, ‘Everybody Wants to Rule the World’, and ‘I Believe’. And I think it was when we did ‘Shout’ that we really moved to a completely different gear."

FUN FACT: Just one day after Tears for Fears hit #1 in America with Songs from the Big Chair, they were scheduled to perform at Live Aid. They're even listed on the back of the event t-shirts. The morning of the show, however, the group pulled out of performing. While the act said that the cancellation came because they suddenly lost members of their backing band, they admitted later different reasons. The duo didn't appreciate being added to the bill before being asked, and felt like they were being "emotionally blackmailed" into performing by Bob Geldof. They were replaced by George Thorogood and the Destroyers.