March 1985: Tears for Fears Release "Everybody Wants to Rule the World" 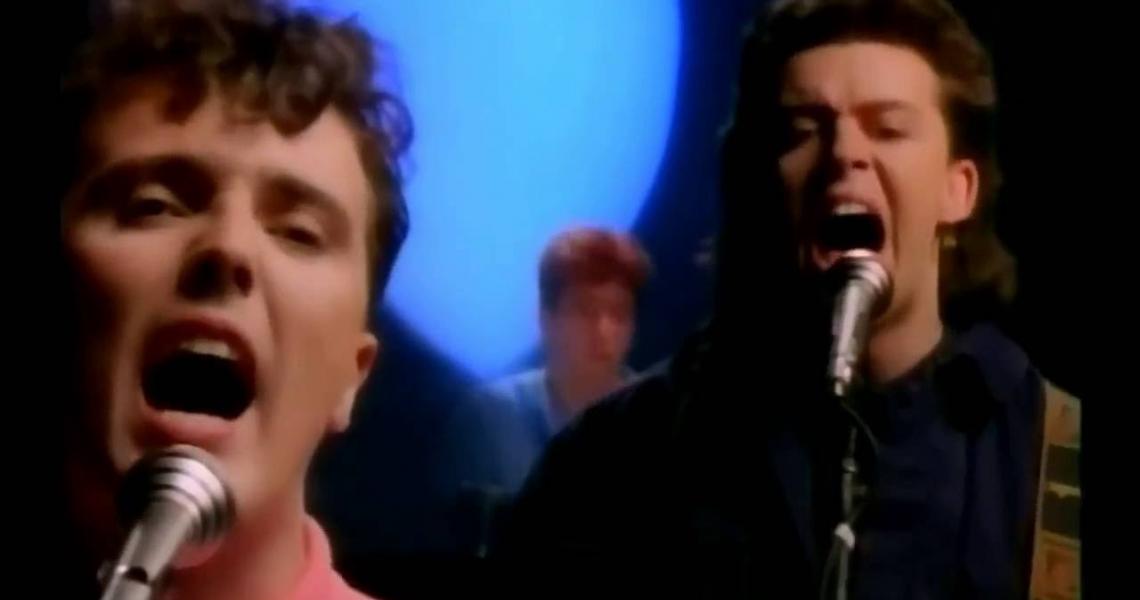 In 1980, punk pioneers The Clash would release the album Sandinista! Among the tracks on the sprawling triple-LP set was "Charlie Don't Surf." Inspired by the film Apocalypse Now, the song's first verse opens with the line, "Everybody wants to rule the world."

Years after Tears for Fears had scored a worldwide hit with the song "Everybody Wants to Rule the World," band member Roland Orzabal was confronted by Joe Strummer, lead singer of The Clash. According to Strummer in an interview with Musician magazine, he confronted Orzabal over the song title, telling the Tears for Fears member that he owed him "a fiver" for swiping it. The way the late Clash singer told it, Orzabal simply reached into his pocket, pulled out a five-pound note and handed it to him.

"So I came in one day and they'd actually written a song around this beat and, um, it was very commercial," Tears for Fears' Curt Smith explained on "Roland and Curt Interviewed" about recording the track. "So they said: 'Here it is, you're singing this, go and do it'. So I did."

"'Everybody Wants to Rule the World' was so simple and went down so quickly, it was effortless, really," revealed producer Chris Hughes about the song. "In fact, as a piece of recording history, it's bland as hell."