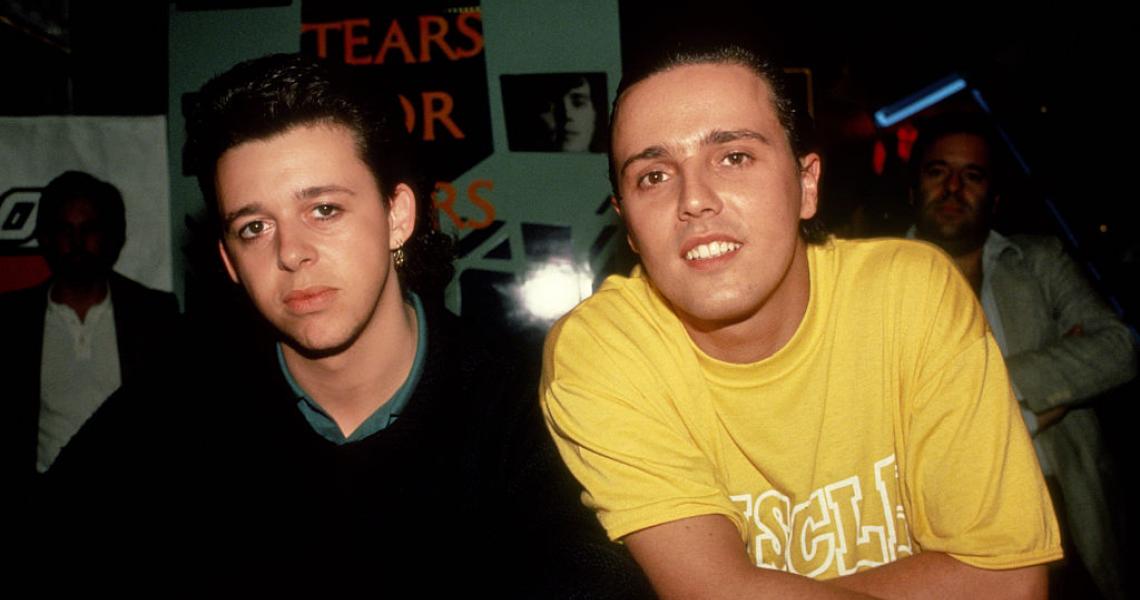 In 1984, Tears for Fears were still something of a cult sensation in America. The duo's moody and introspective debut album, The Hurting, was a hit in the UK, spawning a trio of hit singles: "Mad World," "Pale Shelter" and "Change." In America, the group enjoyed underground hero status, as US college radio DJs championed the band.

RELATED: July 1985: When Tears for Fears Ruled America with Songs from the Big Chair

While Tears for Fears' August 1984 return with single "Mother's Talk" was news across Europe, the song had no impact in America. When they returned on November 23, 1984, with second single, "Shout," the US response was about the same: nonexistent.

"I distinctly remember the making of 'Shout,'" recalled Songs from the Big Chair producer Chris Hughes to the Red Bull Music Academy in 2015, telling the story of coming to the recording studio on a Monday morning, and hearing one of the new songs.

"(Roland Orzabal) set up a little drum box and a little synthesizer with a bass tone. He pressed the button on the drum box, and he programmed this little beat and it had these little chimey bells and a clapping drum beat. He pressed one of the keys and started singing, 'Shout. Shout. Let it all out.' It was astounding. I said, 'Guys, we have to stop what we’re doing and record this now.'"

The producer explained how the group spent an astonishing amount of time creating the track: "We spent months building that song from Roland’s original, unrecorded drum box and synthesizer idea. I played drums on the track, there were two drum boxes running, there was a Fairlight computer doing electronic stuff in the middle playing flute parts. Getting this track written, arranged, recorded, and mixed took months and months. Day in and day out we were working on it. It was a long slog to get that as great as we could get it."

The hard work would pay off handsomely. "Shout" was already a hit in England when Tears for Fears released second album, Songs from the Big Chair, in February 1985. Picking up steam on American radio and MTV, the song's popularity would explode over the spring and summer, hitting the #1 spot on the Billboard Hot 100 August 3, 1985, where it would remain for three weeks.

"A lot of people think that 'Shout' is just another song about primal scream theory, continuing the themes of the first album," Orzabal said about the tune. "It is actually more concerned with political protest. It came out in 1984 when a lot of people were still worried about the aftermath of The Cold War and it was basically an encouragement to protest."

"It concerns protest inasmuch as it encourages people not to do things without actually questioning them," added Curt Smith, the other half of Tears for Fears with Orzabal. "People act without thinking because that's just the way things go in society. So it's a general song, about the way the public accepts any old grief which is thrown at them."