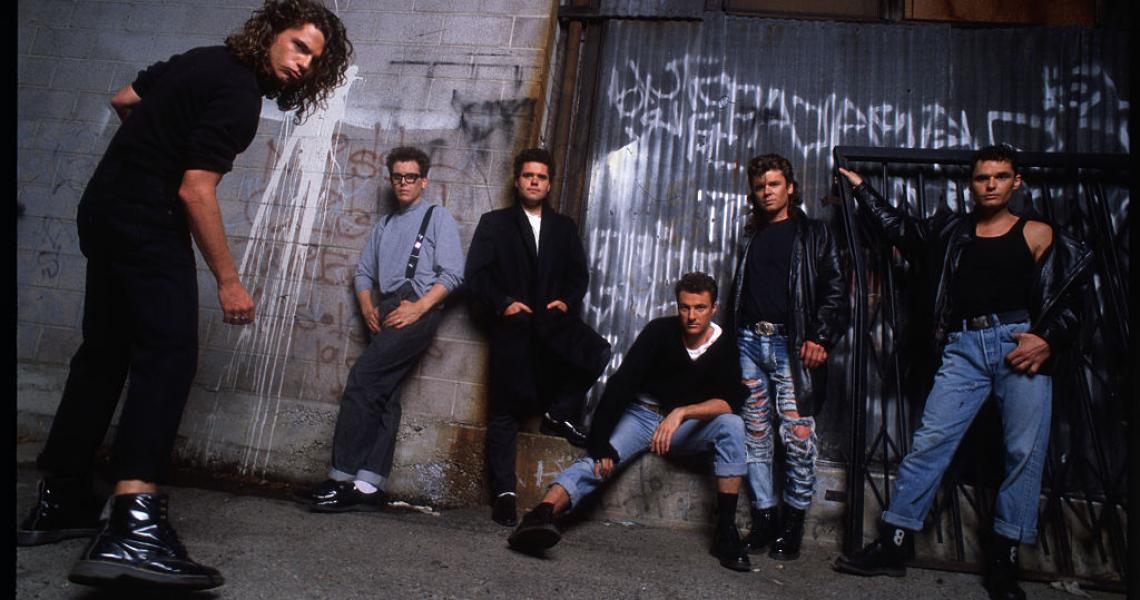 By the fall of 1987, INXS had nowhere else to go but up. Michael Hutchence and company had established themselves as one of rock's most electrifying acts with the band's 1985 album, Listen Like Thieves. When it came time to follow it up in 1987, INXS delivered the biggest record of the group's career.

INXS released Kick on October 19, 1987. Finding a common ground between the grooves of The Swing album with the hard edge of Listen Like Thieves, it proved to be the formula for global success. With singer Michael Hutchence emerging as a genuine international sex symbol, the band launched the Kick campaign with lead single, "Need You Tonight." The track's sparse, minimal production style echoed with influence from Prince's "Kiss" from the year before, and was better for it. Released in September 1987, "Need You Tonight" strutted up the charts to park at #1 for the week of January 30, 1987.

Second single "Devil Inside" would almost replicate the success of "Need You Tonight," instead peaking at #2 for two weeks on the Hot 100. The songs that blocked "Devil Inside" from #1: Billy Ocean's "Get Outta My Dreams, Get Into My Car," and Whitney Houston's "Where Do Broken Hearts Go." The music video was directed by Joel Schumacher, which is why it has a similar glow as his 1987 hit, The Lost Boys.

The fourth Kick single, sweeping ballad "Never Tear Us Apart," was another top 10 hit for the band, peaking at #7 for the week of November 4, 1988.

The album's fifth and final single, "Mystify," brought an end to the Kick album run when it peaked at #17 on the U.S. singles chart.

In America, Kick climbed as high as #3 for the week of February 26, 1988. The two album ahead of INXS: George Michael's Faith at #1, and the Dirty Dancing soundtrack at #2.