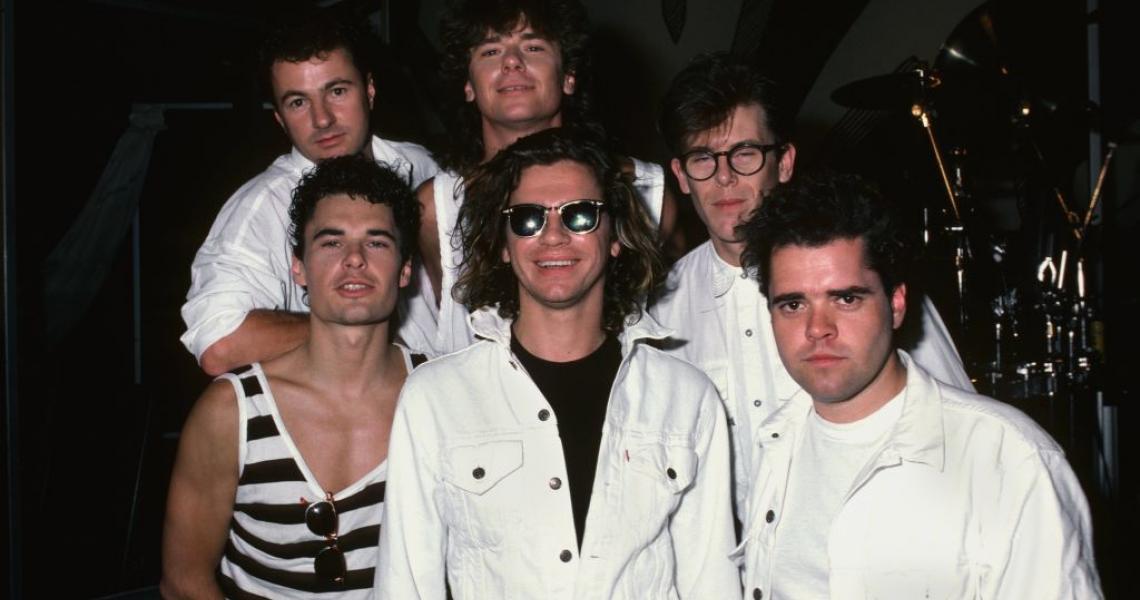 INXS may have been Australia's hottest export in the '80s. The bar band from Sydney began releasing albums at the start of the decade; by the end of it, they were one of the biggest acts on the planet. The unmistakable musical chemistry of the players - brothers Andrew (keyboards/songwriting), Tim (guitar) and Jon Farriss (drums), bassist Garry Gary Beers, and guitarist/saxophonist Kirk Pengilly - were topped off by singer/lyricist Michael Hutchence, whose rapturous voice and chiseled good looks made him a bit of a Jim Morrison for a new generation.

Today, INXS are almost underrated, no doubt in part to the loss of Hutchence, whose tragic death in 1997 robbed fans of one of pop/rock's great voices. But fans all over the world still get the chance to discover their music thanks to constant radio and playlist inclusion. These 10 tracks represent some of the classic INXS cuts that are heard most today; as fresh and vital - and assuredly "what you need" - as they were the first time.

"Need You Tonight": The quintessential INXS track - a taut slice of minimalist funk, with Hutchence's playful come-ons sandwiched between a snappy drum groove and spiky guitar chords. After years of work, "Tonight" brought the band their biggest American success, topping the Billboard Hot 100 and helping 1987's Kick soar into the stratosphere. (Fun fact: writer Andrew Farriss got the idea for the song before stepping into a cab in Hong Kong. He asked the driver to wait while he retrieved something from his hotel room and snuck away to record a demo, returning an hour later. Hope he tipped well!)

"Never Tear Us Apart": a torrid romantic ballad that escalates with each chorus - dig that wailing sax from band member Kirk Pengilly - "Never Tear Us Apart" turned INXS from hitmakers to icons, becoming Kick's fourth song to reach the American Top 10. It's become indelibly linked to the band's original frontman, playing as Hutchence's coffin was laid to rest and surpassing its original, modest Top 20 chart peak in Australia in 2014, when a miniseries about the band was produced.

"New Sensation": one of the biggest songs on Kick, sonically, the jangling guitars and pounding rhythms make this one of the band's most exciting tracks. No wonder, then, that it became the third U.S. Top 10 off Kick.

"Beautiful Girl": While the '90s were difficult for INXS - in 1992, Hutchence suffered a fractured skull that a documentary would allege had a profound effect on the rest of his life - this track from Welcome to Wherever You Are would become a radio hit in America. Farriss wrote it about his then-newborn daughter, telling an interviewer "about how wonderful it is to have something else in your life besides yourself to worry about and think about."

"Don't Change": This soaring love song closes the band's third album Shabooh Shoobah, which helped the band break out beyond Australia. The video was recorded in an airport hangar down under - kind of ironic, as the song feels exhilarating, like a jet taking off or landing.

"Mystify": Kick was a juggernaut, spinning off hit singles in several calendar years. "Mystify," a swaggering, piano-led track, was the last of the album's songs to hit the charts, reaching the U.K. Top 20 in 1989.

"Suicide Blonde": INXS followed Kick with X in 1990, another production with Chris Thomas optimized to captivate radio listeners and arena-filling crowds. The propulsive lead single "Suicide Blonde" was inspired by Hutchence's torrid relationship with another Australian singer, Kylie Minogue, who dated Hutch from 1989 to 1991.

"Original Sin": on the lead single from fourth album The Swing (1984), INXS were determined to enter a new weight class of pop stardom. They achieved this with "Original Sin," a funky number recorded in New York City with producer Nile Rodgers, in the thick of his hot streak producing or mixing smash hits for David Bowie, Madonna and Duran Duran. (Daryl Hall joins the band on background vocals.) While it missed the Top 40 in America, it became the band's only No. 1 in Australia.

"Devil Inside": one of the best examples of Hutchence's million-dollar charisma as a frontman, he snarled his way to another Top 10 hit off Kick, following "Need You Tonight" with this sinewy No. 2 classic.

"By My Side": sort of X's version of "Never Tear Us Apart," "By My Side" has become a fan favorite over the last three decades. It was also one of the INXS songs played at Hutch's funeral - and fans all over the world certainly wish he was still by our sides.