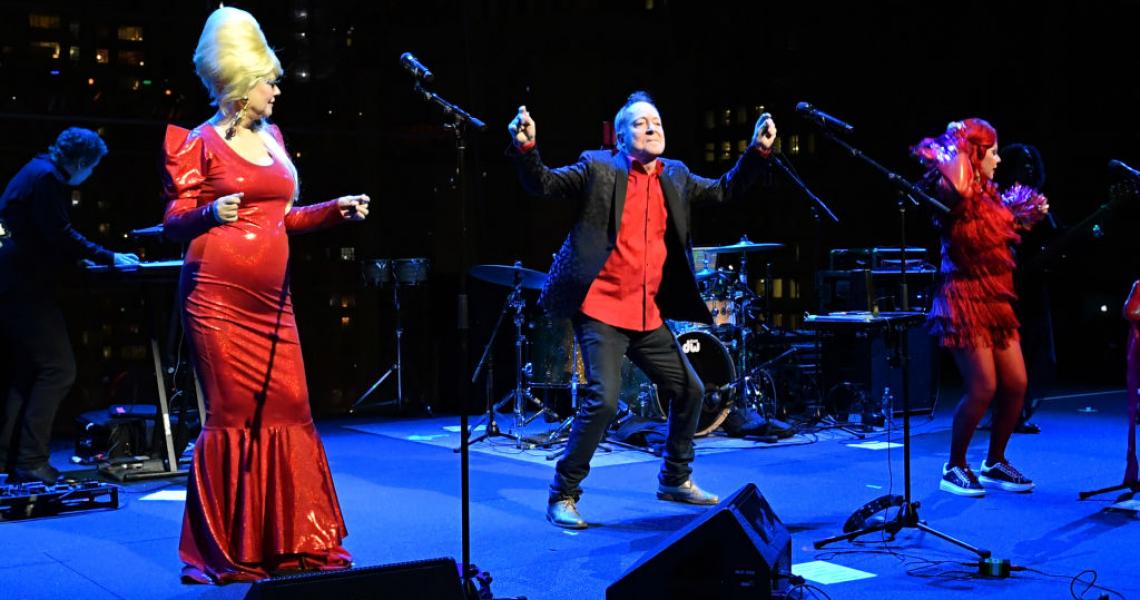 It's one last transmission: The B-52's have announced dates for their final tour.

The trek kicks off with a show in Seattle in late August, followed by more than a dozen dates (and counting) in September, October and November across America, culminating in a hometown theater gig in Atlanta. KC & The Sunshine Band will serve as opener for all the dates except the Seattle gig, which will be supported by The Tubes.

"No one likes to throw a party more than we do," singer Fred Schneider said in a statement. "But after almost a half-century on the road, it's time for one last blow out with our friends and family...our fans."

The legendary Athens, GA alt-rockers earned critical acclaim for their decadently trashy, retro-styled pop-rock riffs like the cult classics "Rock Lobster" and "Planet Claire" in the late '70s and early '80s. Following the sudden death of founding guitarist Ricky Wilson of AIDS-related complications in 1985, the remaining members - vocalists Schneider, Cindy Wilson (Ricky's brother) and Kate Pierson (also a keyboardist) plus Keith Strickland (switching from drums to guitar) - ended a lengthy hiatus with an unlikely comeback. 1989's Cosmic Thing, featuring production from Was (Not Was) co-founder Don Was and CHIC co-founder Nile Rodgers, spun off their biggest hit singles, "Love Shack" and "Roam."

Their last album was 2008's Funplex, but they've been actively touring since then - and in 2023, they'll be the subject of a new documentary executive produced by Saturday Night Live alum Fred Armisen. While on-sale times have not been announced, the full line-up of dates is below.