How The B-52's Scored a Hit with 'Cosmic Thing' 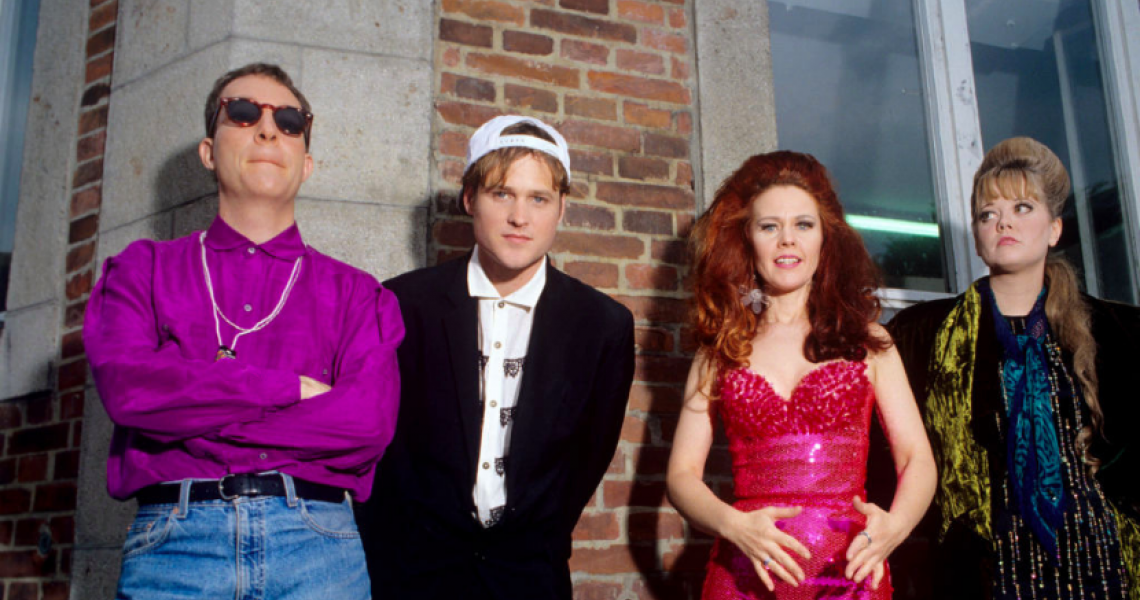 On June 27, 1989, The B-52’s released their fifth studio album Cosmic Thing - an LP that not only served as the band’s comeback album after a four-year absence but also proved to be the most successful album of their entire career.

After spending the last part of the ‘70s and the first half of the ‘80s as one of the coolest, goofiest groups around, forging a solid reputation as a fun-time party band through such singles as “Rock Lobster” and “Private Idaho,” The B-52’s hit a road block in 1985: the death of founding member Ricky Wilson. Still, as down as Kate Pierson, Fred Schneider, Keith Strickland, and Cindy Wilson (Ricky’s sister) might been, they eventually regrouped, having little more than a very tentative plan to try writing some new material, pointedly avoiding focusing on anything beyond just seeing if they could even make it work.

“When we started getting together to write, we realized it was healing - incredibly healing - but it also conjured up the presence of Ricky,” Kate Pierson told The A.V. Club in 2011. “And we started—I don’t want to call it nostalgia, because I don’t think we were maudlin or anything, but we started thinking about early times in Athens, like ‘Deadbeat Club,’ and things just started flowing. Keith, of course, had to take over all the guitar-playing and everything, so he went through a major transition. He’d always played guitar with Ricky and could play a lot of instruments, but to have the whole thing on his shoulders?

“I think it was a challenge, but one that he rose amazingly to and started just writing this amazing music. And when we jammed, things just started flowing out, because we had all this emotion and stuff that was locked inside, and it became this wonderful healing thing. We never intended to make ‘Love Shack’ this major party song. It just came out that way. Cosmic Thing just kind of came flowing out during the jam. We kind of had to put the pieces together, like a puzzle or a collage, but when we did, it just clicked.”

Mind you, it’s a hell of a lot easier to make with the clickin’ when you’re dealing with producers like Nile Rodgers and Don Was, each of whom added their own distinct musical sensibilities to the mix.

If the end result of such diverse production styles made Cosmic Thing occasionally feel a tad disjointed critics…Well, this is certainly one of those cases where the only thing that counts is what the fans think.

Besides, given that the album went quadruple platinum and provided The B-52’s with (their first) three Top 40 singles - “Love Shack,” “Roam,” and “Deadbeat Club” - and further success on Billboard’s Modern Rock chart with “(Shake That) Cosmic Thing” and “Channel Z,” they ended up with a heck of a lot of happy fans.

No, seriously, we’re talking, like, a whole new generation of fans. It was, for all practical purposes, a rebirth for The B-52’s, and that second life is still continuing even now.