After Their Biggest Hit Album, The B-52's Made Some 'Good Stuff' 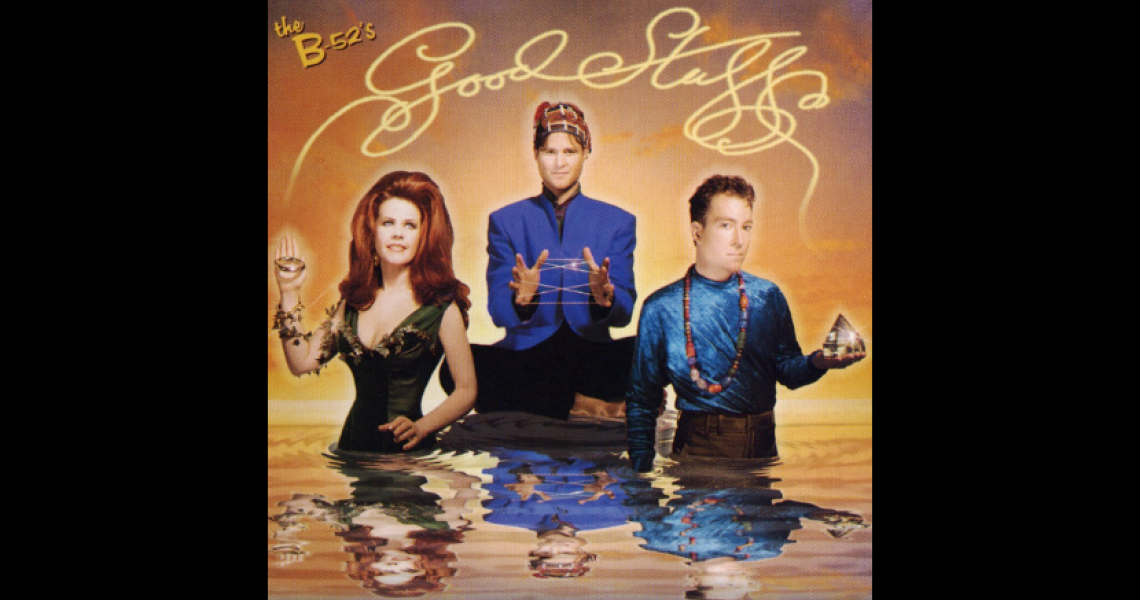 In 1986, The B-52’s were in a major state of flux: after the death of founding member Ricky Wilson in October 1985, the band managed to release the final album featuring Ricky – Bouncing Off the Satellites – and fulfill their promotional obligations. Whether or not they would continue? They hadn’t actually figured that out yet. Fortunately, Fred Schneider, Kate Pierson, Keith Strickland, and Cindy Wilson successfully rebounded in a bigger way than anyone could’ve expected, with 1989's Cosmic Thing, the biggest-selling LP of their career.

Unfortunately, there’s one big problem with success: everyone’s expectations for the follow-up. When the band did Cosmic Thing, there was no pressure because no one – including the band themselves – knew if there was even going to be another B-52’s album.

READ MORE: How The B-52's Scored a Hit with 'Cosmic Thing'

“Cosmic Thing was done with this totally blank slate, like, ‘We’re just gonna heal ourselves, and we don’t care,’" said Pierson in 2012. “It was just a creative endeavor. But having no expectations of commercial success was, I guess, the secret to success, because you just kind of let it come from your heart, and it all flows out without this kind of self-conscious ‘there’d better be something on the radio’ thing or anything like that. [Good Stuff], that’s when we were feeling the pressure.”

From a musical standpoint, the big problem with recording the follow-up to Cosmic Thing was that the band had lost its other Wilson: Cindy departed the lineup amicably, but it left a void that was going to be difficult for the other three to fill. On top of that, after a seemingly never-ending tour (okay, so it was more like a year and three-quarters), Schneider, Pierson, and Strickland were just plumb tuckered out. Still, they wanted to dive straight back into the writing process, so they rented a studio in New York owned by drummer Jerry Marotta and got to work.

“It was hard...to do the harmonies,” admitted Pierson. “It was all on me to do them, and I felt ‘damned if I do, damned if I don’t,’ because people were going to miss Cindy, and yet we wanted to keep a certain sound. But I felt like it was really fun doing that album. It was fun writing it. In a way, it went pretty easily, because it’s just two singers, and Fred and I just kind of divvied it up!”

In the end, Good Stuff proved to be the only Cindy Wilson-less album in The B-52’s catalog, since she returned when the band belatedly returned to the studio to record their next album, 2008’s Funplex, and she’s remained with them ever since. As for the overall success of Good Stuff...well, it’s fair to say that it wasn’t another Cosmic Thing in terms of its commercial returns, but it went gold, hitting No. 16 on the Billboard 200 and climbing to No. 8 on the U.K. albums chart.