At Their Peak, ZZ Top Cracked Open a 'Six Pack' 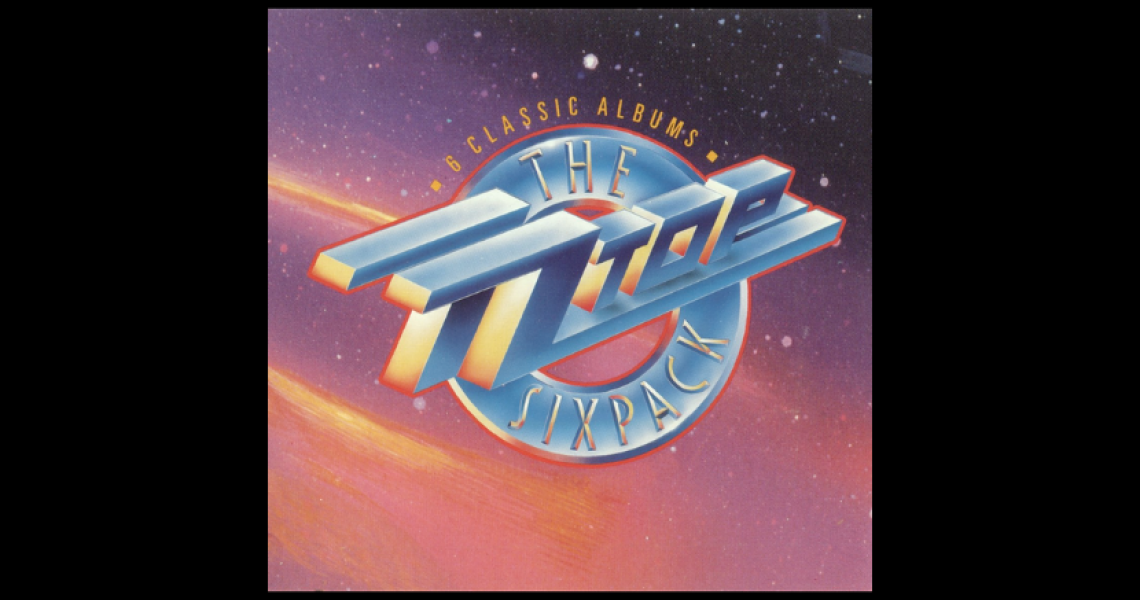 The ZZ Top renaissance was one of the unlikeliest success stories of the '80s. The trio had become well-loved - first around their native Texas and then around the whole United States - for their good-time guitar-based blues and humorous live antics. After a three-year hiatus at the end of the '70s, the band came back in a big way, becoming unlikely MTV superstars with a series of catchy music videos from the sleek 1983 album Eliminator. Follow-up Afterburner (1985) became their highest-charting album (reaching No. 4 on the Billboard 200) and spinning off the Top 10 hit "Sleeping Bag."

In 1987, their popularity already guaranteed, the trio sought to help their burgeoning fan base discover what they'd done in the decade before "Sharp Dressed Man" and "Legs" became radio staples. The result was one of the strangest releases of their career: The ZZ Top Six Pack.

True to its name, the Six Pack featured the first half-dozen albums the group had released between 1971 and 1981 across three CDs. These albums were hardly obscure: 1973's Tres Hombres and 1975's Fandango! each reached the Top 10 originally, and songs like "La Grange," "Tush," "I Thank You" and "Cheap Sunglasses" were successes in their own right. But the Six Pack was another beast entirely: nearly all the songs were remixed from the original tapes, adding new drums and sequencers to these down 'n' dirty cuts in an attempt to get them to sound closer to their MTV material.

An explanatory essay in the package, entitled "ZZ on CD: Meeting the Digital Challenge Head On," stressed that these steps were taken to make them sound not necessarily contemporary, but at least as good as a then-state-of-the-art stereo system would allow. "Success was achieved in retaining and enhancing the musical value and sound which Bill [Ham, the band's manager] and the band wanted," mastering engineer Bob Ludwig said in the essay. "Technology has finally caught up with their vision." But the fact remained: most of them didn't sound the way they did when fans first heard them. (Only 1981's El Loco, an early experiment with the sleeker sound, was left as originally sounded.)

Six Pack ultimately failed to chart in America, and after 1990's Recycler - which only sold a million copies in America, compared to 10 million for Eliminator and five million for Afterburner - ZZ Top went back to basics, largely abandoning electronics in their music. But the headache wasn't quite over for fans of their earlier stuff: when the six albums were eventually put on CD individually, they used the same new mixes. In 2006, Tres Hombres and Fandango! were finally put on CD as originally intended; the other original mixes wouldn't appear on disc until a 2013 box set.