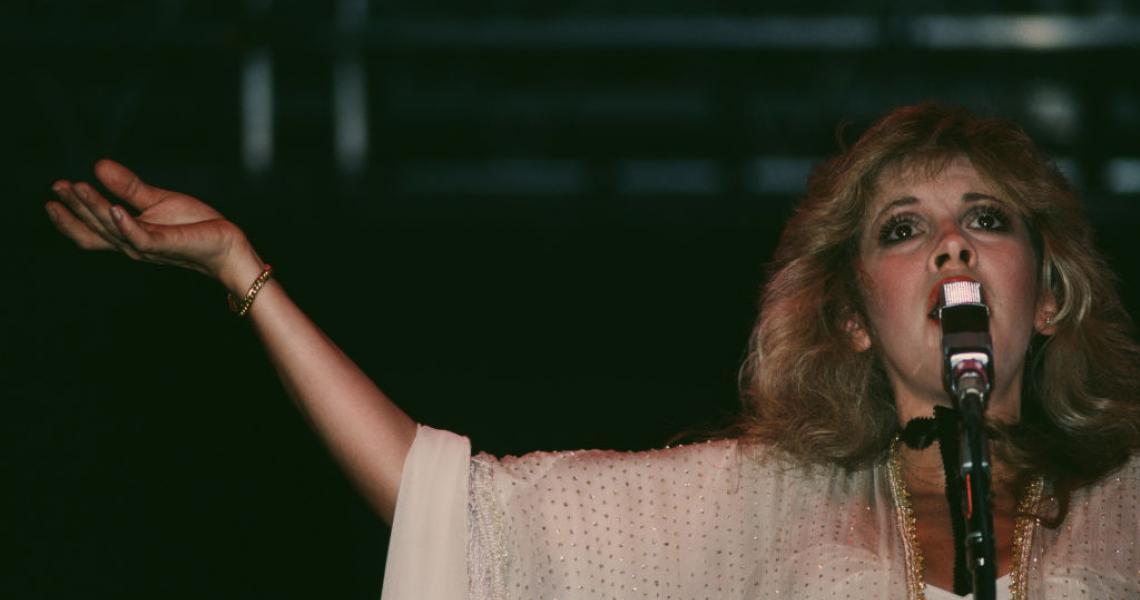 In 1981, after three killer albums with Fleetwood Mac, Stevie Nicks explored her solo side with Bella Donna, a chart-topping work that ensured she'd have a bright future no matter who was backing her up. And what a crew she assembled in the studio: besides duets with Tom Petty and The Heartbreakers and Don Henley of the Eagles on the Top 10 hits "Stop Draggin' My Heart Around" and "Leather and Lace," Nicks collaborated with heavy hitters like Bruce Springsteen's pianist Roy Bittan and Elton John's guitarist Davey Johnstone.

For the 15th installment of Record Store Day (April 23, 2022), Bella Donna will be issued as a double vinyl set pairing the original album with a disc of rare tracks and alternate takes. To celebrate that release - and the incredible solo career Nicks kicked off, earning her a second place in the Rock & Roll Hall of Fame - here's a few of the gems you'll find on that special edition.

"Edge of Seventeen" (Early Take): Hard to believe that the fiery "Edge of Seventeen" missed the Top 10 in its original release. This early version of the song features some alternate backing vocals and a unique performance from Nicks' in-studio band; hearing Waddy Wachtel noodle his way through what would become the classic opening guitar riff is a treat, as are some piano flourishes from Bittan deep in the mix.

"Leather and Lace" (Alternate): Though Henley's emotional duet vocal is a highlight of the original recording, he's nowhere to be found on this version. And that might be intentional: Nicks (who wrote the song with Waylon Jennings and Jessi Colter in mind) changes the words of the second verse to sound as if the song is coming from one narrator. But her decision to sing what would become the song's high harmony in the first chorus indicates she's still working it out - and how lucky we are the hear the song in its less-than-final state.

"Blue Lamp": an outtake from the Bella Donna sessions was ultimately used to close out the soundtrack to the trippy animated anthology film Heavy Metal, also released in 1981. More than anything on Nicks' debut, this sounds like it could be part of a Fleetwood Mac album, with its muscular guitar riffs and "Dreams"-like tempo.

"Sleeping Angel" (Alternate): another orphaned song from the album that found its way onto a soundtrack (this time to '80s favorite Fast Times At Ridgemont High), this alternate version is notable for the inclusion of a mandolin throughout.

"Rhiannon" (Live): Nicks only toured a few precious dates in support of Bella Donna before reconvening with Fleetwood Mac for the sessions to Mirage. But the tour's closing dates at the Fox Wilshire Theater in Beverly Hills, CA were captured for an HBO special, and underline the power of Nicks as a solo performer. That power may be no more evident than during the encore, where for three minutes, she and Bittan unfurl a slow-burning, emotional, piano-and-vocal rendition of "Rhiannon" - one of Nicks' first major hits with the Mac - before blowing the audience away with a full-band take.