The Trippiest Tunes from 'Heavy Metal'

If you came of age in the late ‘70s or early ‘80s, then it’s hard to imagine that you weren’t at least aware of an animated film by the name of Heavy Metal.

Mind you, it’s possible that the biggest reason you remember it is because you weren’t old enough to see it when it was released, but for those who weren’t there, who were there but don’t remember it for pharmaceutical reasons, or who just weren’t paying enough attention at the time...it was what we’d describe today as “adult animation.”

Inspired by stories within the pages of the equally-adult comic magazine of the same title, Heavy Metal was and remains a critic-proof film when it was released in 1981: no matter what the reviewers may have thought of it at the time, it was a tremendously formative experience for the majority of those who saw it in the theater...provided, of course, they remembered it at all. That said, even if they didn’t remember the film itself, it’s probable that they remembered the film’s soundtrack, which was – for lack of a better phrase – pretty trippy.

It's one of those all-over-the-place compilations in terms of who’s in the mix, with Black Sabbath and Devo sitting alongside Donald Fagen and Stevie Nicks, and while those are certainly all notable names in terms of ‘70s and ‘80s music, it’s probably not unreasonable to suggest that most folks couldn’t imagine all of them hanging out in the same social circles. More than that, though, the album is filled with some just straight-up odd tracks, either because they’re lyrically wild, they’re from an era of an artist that you rarely hear, or because you’re just, like, “Wait, who is this?”

Here are our picks for the five trippiest of those tunes, all of which you can pick up on a brand-new vinyl reissue of the Heavy Metal soundtrack available in record stores this Friday, Oct. 22.

Blue Öyster Cult, “Veteran of the Psychic Wars”: If you’ve ever looked at the titles of Blue Öyster Cult’s songs, then you already know that they’re not afraid to get extremely trippy with the topics they cover. But when it comes to the song title that most encapsulates the weirdness of the film, it isn’t even close: this one’s the winner.

Cheap Trick, “Reach Out”: As anyone who’s seen Fast Times At Ridgemont High knows, Cheap Trick were one of the biggest bands in America during this period of their career, so it's no surprise that they ended up with two tracks on the soundtrack. This is the slightly weirder of the two, but weird or not, you can never go wrong with Cheap Trick.

Riggs, “Radar Rider”: Riggs is both a band and a dude, and the dude’s name is Jerry Riggs, who started out as the lead guitarist for the Knoxville band Lynx, jumped to a new band called Raggedy Ann, only for the band’s lead singer, Don Train, to decamp. At that point, Jerry became the frontman, and the band changed its name to Riggs. In ’81, they were viewed as enough of a Next Big Thing to also earn two tracks on the Heavy Metal soundtrack, the other being “Heartbeat,”; of the two, this is definitely the one that comes as the trippiest.

Grand Funk Railroad, “Queen Bee”: Try this astonishing fact on for sure: between 1970 and 1974, Grand Funk released seven consecutive Top 10 albums. By ’76, however, Grand Funk had disbanded, and it wasn’t until ’81 that they reunited to release their first new album in half a decade. Alas, it wasn’t a commercial success, with neither of its singles managing to crack the Hot 100, but at least we have this little gem, which also features on that reunion album, entitled Grand Funk Lives.

Trust, “Prefabricated”: For better or worse, you don’t really tend to hear a lot about the French hard rock scene, but there is one, and during the late ‘70s and early ‘80s, Trust was a prominent part of it. Founded in ’77, the band disbanded in ’85, although they’ve come back together now and then, most notably in 2008, when the original lineup reunited both for an appearance at the Festival des Terres Neuvas and to record a new album. In America, though, it’s probably safe to say that they found their greatest exposure through the inclusion of this track on the Heavy Metal album. 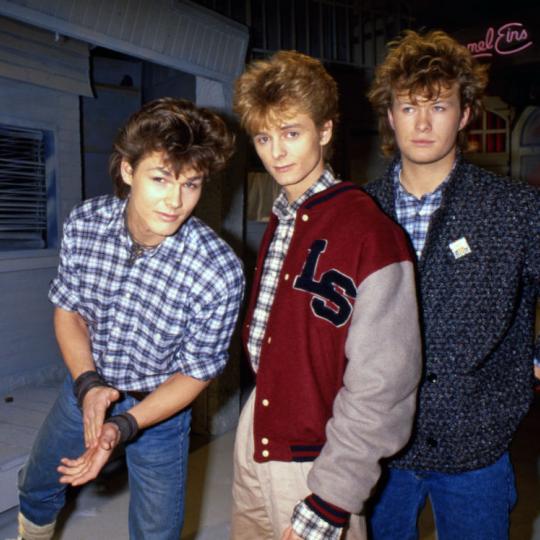 Fryderyk Gabowicz/picture alliance via Getty Images
WATCH: New a-ha Documentary Gets a Trailer
The film premieres at the Tribeca Film Festival in June. 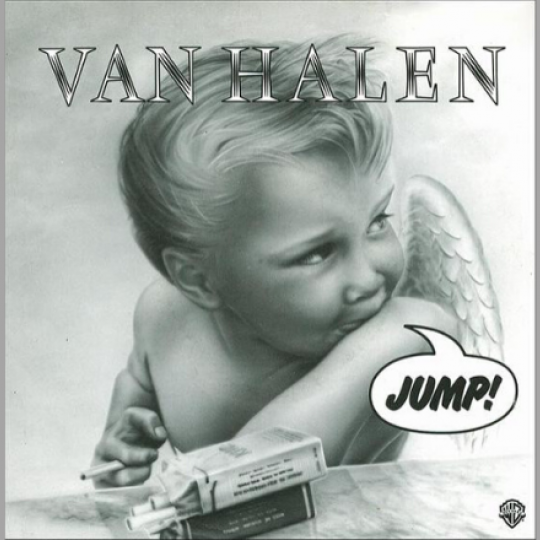 Jump Cover Art
Feb 25, 1984: Van Halen Hits No. 1 with "Jump"
1984 marked a tremendous year for Californian rock stars Van Halen. Their synth hit "Jump" catapulted the rock band to its first and only No. 1 chart appearance. 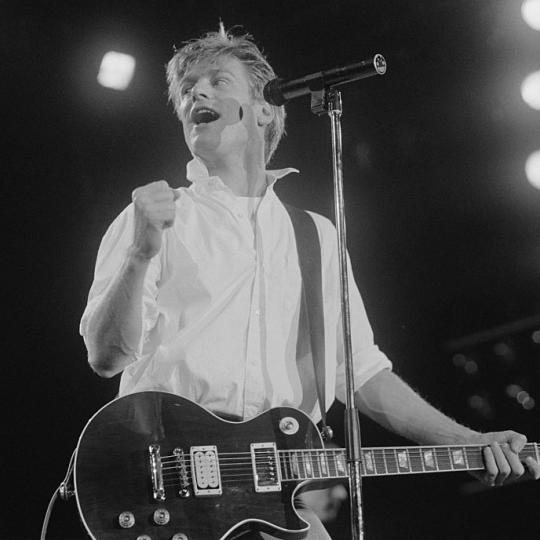 Michael Putland/Getty Images
June 1985: Bryan Adams Flies High with No. 1 Hit "Heaven"
The Canadian singer-songwriter went to No. 1 this month in '85 with one of the biggest ballads of the decade.