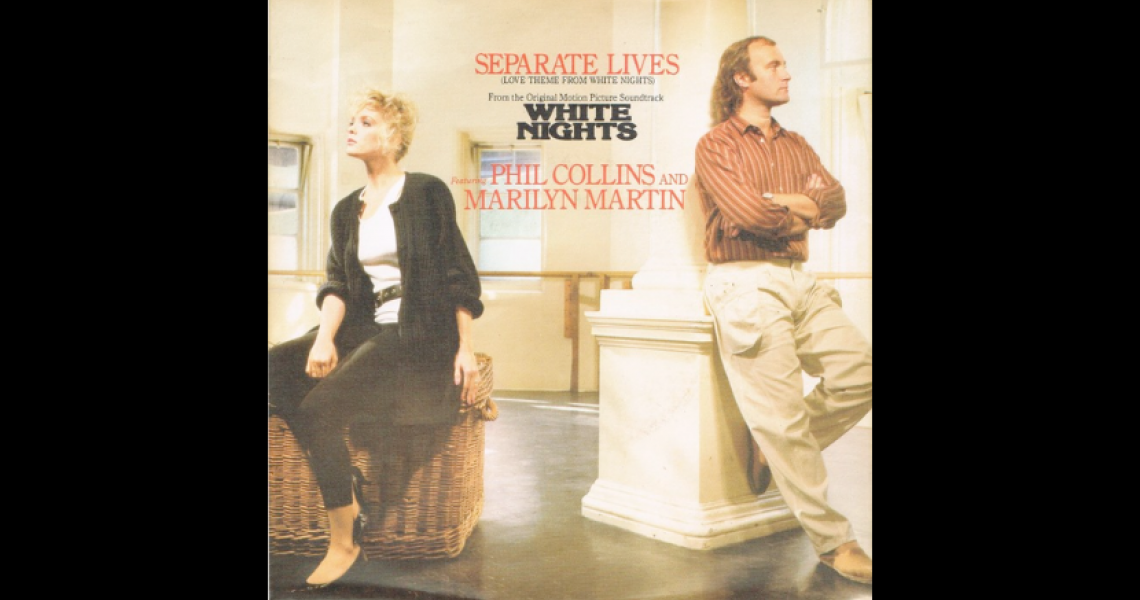 Throughout his long and storied career as a solo artist, Phil Collins has had two hit singles which were duets. The first was "Easy Lover," which Collins co-wrote and produced for Earth Wind & Fire frontman Philip Bailey, but the second was one with which Collins had nothing to do with the writing.

Penned by Stephen Bishop, “Separate Lives” originally made its debut without any assistance from Collins, popping up initially on Bishop’s 1985 album, Sleeping with Girls. “It wasn't really an official album,” the singer-songwriter explained to the website Songfacts. “It was an album that I kind of made up, with older songs and new songs, to promote the song ‘Something New In My Life,’ the theme from the movie Micki & Maude. It was actually released only in Hong Kong. I needed the money, so I did that album.”

Collins’ version of the song, as any child of the ‘80s knows, made its debut as a duet with Marilyn Martin on the soundtrack of the 1985 film White Nights, starring Gregory Hines and Mikhail Baryshnikov. For those who don’t know her back story, Martin was a protégé of Atlantic Records head Doug Morris, who had been impressed when he heard her singing backup vocals on Stevie Nicks’ Rock a Little album and signed her to a two-album deal. It was Morris who was responsible for teaming her with Phil Collins, a pairing which led to their now-famous duet.

"Separate Lives" was, of course, the star single from the White Nights album, in part because another chart-topper featured in the film, Lionel Richie's Oscar-winning "Say You, Say Me," was forbidden from appearing on the LP at Motown Records' request. (There was no way the follow-up to the hits from Can't Slow Down would appear anywhere other than a Motown release!)

“Separate Lives” was yet another huge hit for Collins, climbing to No. 1 on the Billboard Hot 100 and making it to No. 4 on the U.K. singles chart. Collins has continued to perform the song during his solo shows, albeit without Martin: you can hear his version with Amy Keys on his album Live from the Board, and he also recorded a new version in 2000 with Bridgette Bryant, who’d been on the road with him in 1990.

As for Martin, her solo career never really lived up to the level of success provided to her by “Separate Lives,” but she did go on to score her own Top 40 hit - a little ditty called “Night Moves.”