A Look Back at Neil Young's Bridge School Benefits 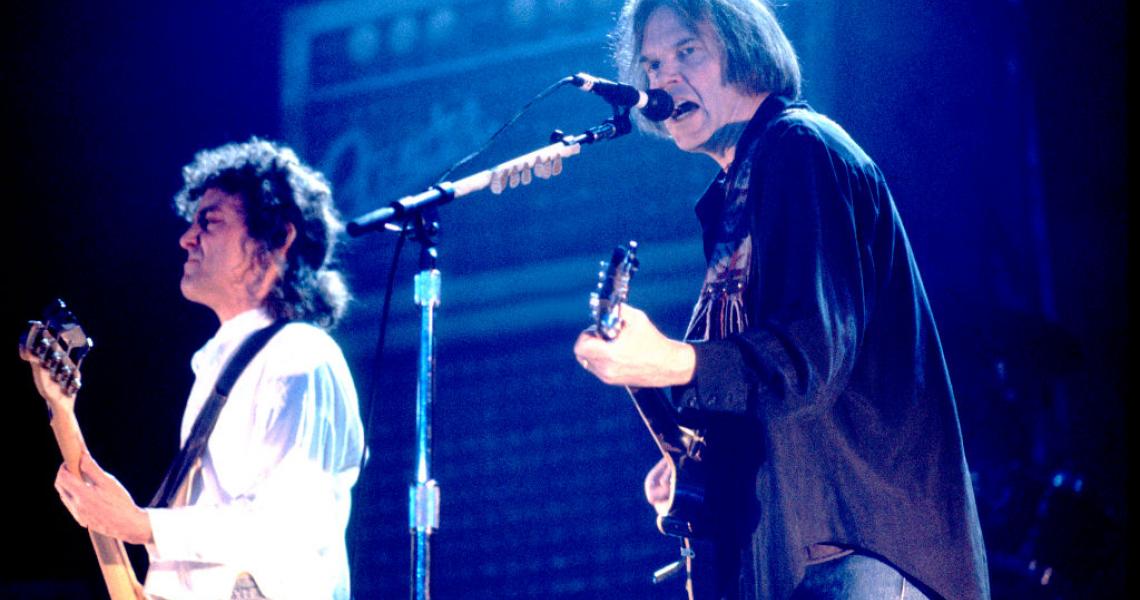 On Oct. 13, 1986, Neil Young held a charity concert for the Bridge School, a non-profit organization in Hillsborough, CA for children with severe physical and speech impediments, thereby kicking off a series of such performances which would – after going sans show in ‘87 – occur every year thereafter for the next 27 years.

Organized by Neil and his then-wife, Pegi, the Bridge School Benefits consistently brought together a mind-boggling lineup of big-name artists, ranging from the musicians who came up at the same time as Young to whoever the biggest names of the day were. Sometimes you’d get a comedian like Robin Williams in the mix, but generally you’d have a musical lineup that blew your mind, perhaps one which took you from Brian Wilson to Billy Corgan, as was the case in 1999, or from Tony Bennett to Sonic Youth, which is how things were in 2004.

No matter who was on the bill, the weekend concerts were invariably one of the biggest deals of the year in the Bay Area, and they were definitely the biggest deal of the year for the Bridge School, generally bringing in over a million dollars just from the reserved seats alone. Is it any wonder they were billed as the predominant means of funding for the school?

Alas, the Bridge School Benefits ended after the show in 2016, and while it’s been theorized that the reason behind it was tied to the divorce of Neil and Pegi, who died in 2019, the only thing that’s known for sure is that Neil kept it classy when he announced the conclusion of the concerts.

“Although I will continue in fund raising efforts, for personal reasons beginning this year I will no longer be hosting The Bridge School Concert,” Young wrote in a statement at the time. “I wish everyone the best as the school heads into the future. My heart is with each and every child we have had the honor to serve and those we will continue to serve, and your parents, siblings, and extended families. Thanks to you all for the honor of serving such a great mission. Thanks to my incredible son Ben Young for being there at my side throughout these many Bridge School years. I love you, buddy. The Bridge School would not have been possible without you.”

Now that we’ve talked up these concerts, how about some highlights? Here are some of the best performances from throughout the history of the Bridge School Benefits, but God knows they aren’t all of them by any stretch...