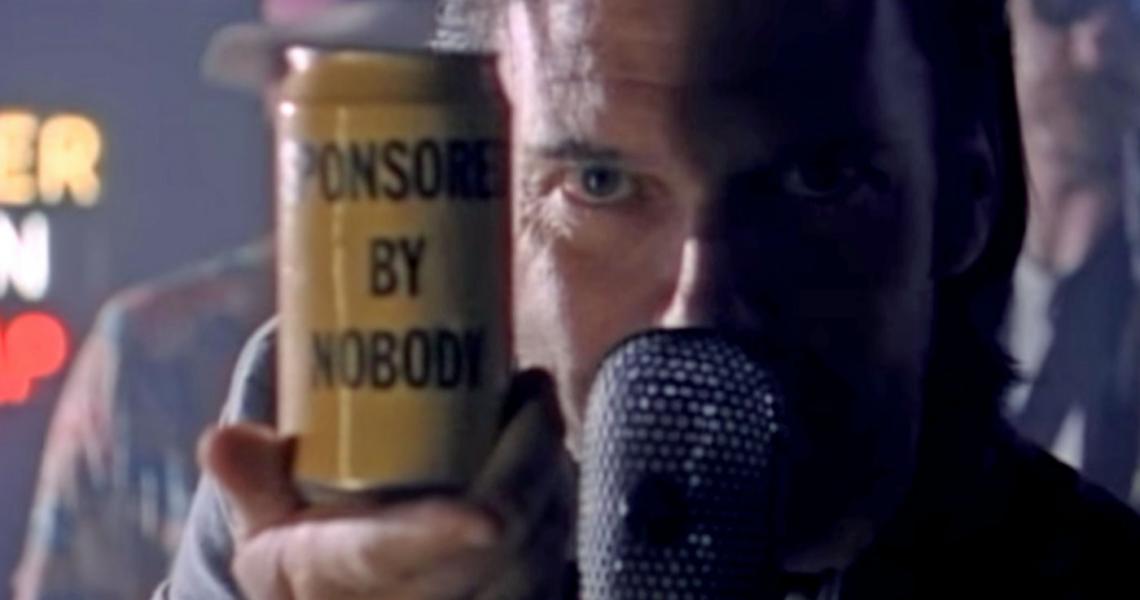 It’s well documented that Neil Young is an artist who does what he wants, he does it when he wants to do it, and he doesn’t give a flying flip about what anyone else might have to say about it. Yes, these are tendencies which can occasionally give record label executives hives, but they’re also the mannerisms that’ve made him the musician that we all know and that most of us love...and in 1988, it’s also what managed to get one of his videos kicked off MTV.

The video in question was for “This Note’s For You,” the title track for Young’s 16th studio album, and it was helmed by Julien Temple, the director behind such films as The Great Rock ‘n’ Roll Swindle and Absolute Beginners. The premise of the video was written by Charlie Coffey, who also collaborated with Temple that same year on the film Earth Girls Are Easy, and - to put it bluntly - it was designed to take the piss out of the then-recent Michelob commercials done by Steve Winwood, Genesis, and Eric Clapton, just as the title of the song was mocking one of Budweiser’s most famous ad slogans: “This Bud’s for you.”

Why did MTV pull the song from rotation and ban it from airplay? Because it featured a scene involving a Michael Jackson lookalike whose hair caught on fire, and Jackson’s attorneys threatened the network if they continued to play it. Meanwhile, Canadian music channel MuchMusic decided to throw caution to the wind and play the video anyway - possibly because Young qualified as Canadian content, or at least that’s our theory - and saw it turn into a huge hit.

Perhaps unsurprisingly, MTV changed their mind and decided to not only air the video but put it into heavy rotation, ultimately resulting in Young and Temple earning the MTV Video Music Award for Best Video of the Year.

Given the more headline-friendly story about the controversy surrounding the title track, it’s understandable that many people don’t remember a very important fact about the This Note’s for You album, which is that the album’s highest-charting hit was actually its second single.

Yep, it’s true: the track “Ten Men Workin’,” which actually leads off the LP, climbed all the way to No. 6 on Billboard’s rock chart, blowing away the chart performance of “This Note’s for You,” which stalled at No. 19 on that chart and - even with the controversy - never got above No. 80 on the Hot 100.