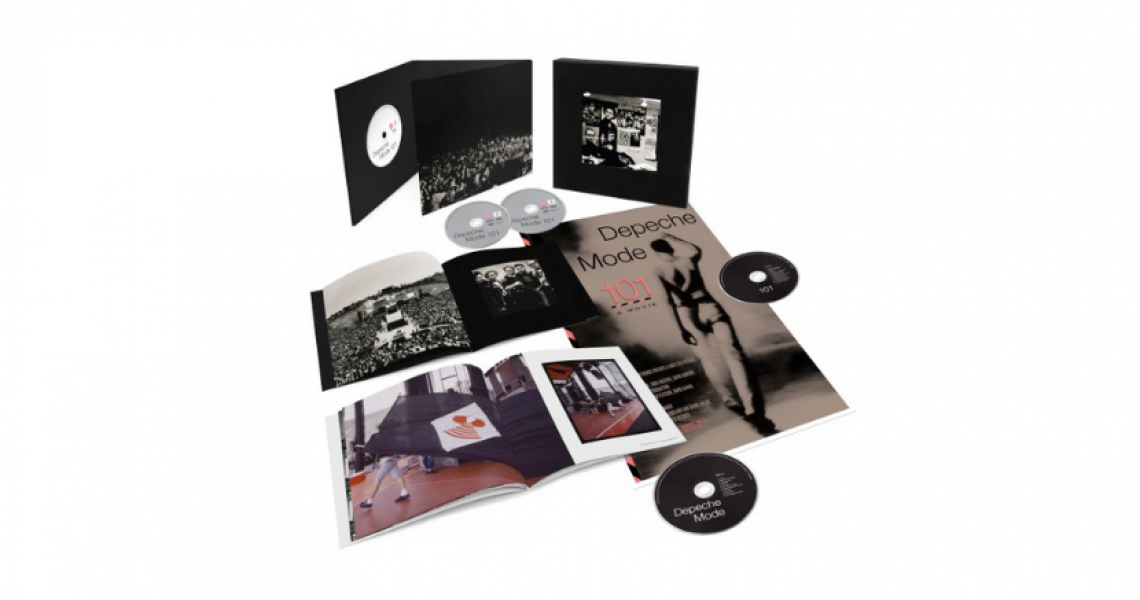 One of the best music documentaries of the '80s is getting revisited in a new box set: Depeche Mode's 101.

Named for the final show of the band's Music for the Masses Tour in 1988, the Pacific Coast Highway that led to the stadium they played (Pasadena, California's Rose Bowl), and the film's overall ideal introduction to the British electronic ensemble and Rock & Roll Hall of Famers, 101 combined footage from the electrifying concert with a narrative following a group of fans as they traveled to the show. It was all directed by the husband-and-wife team of D.A. Pennebaker and Chris Hegedus, whose work includes definitive documentaries on Bob Dylan, David Bowie, Elaine Stritch and Bill Clinton's presidential campaign.

For this release, the original 101 film has been meticulously restored in 4K from its original negative and pressed on Blu-ray. The disc will also feature unseen footage of three additional performances during the concert ("Sacred," "Something to Do," "A Question of Lust") as well as the original live music video for "Everything Counts." The box set, to be released Dec. 3, also includes the original 101 album on two CDs, plus two DVDs featuring the film, band commentary, additional isolated concert performances and interviews with cast and crew, including band members Dave Gahan, Martin Gore and Andy Fletcher.

The box will also come packed with extras for the hardcore Depeche Mode fan, including two photo books (including classic photos of the concert by Anton Corbijn), a replica of the original film poster, and a download card offering all the video and audio in high definition.