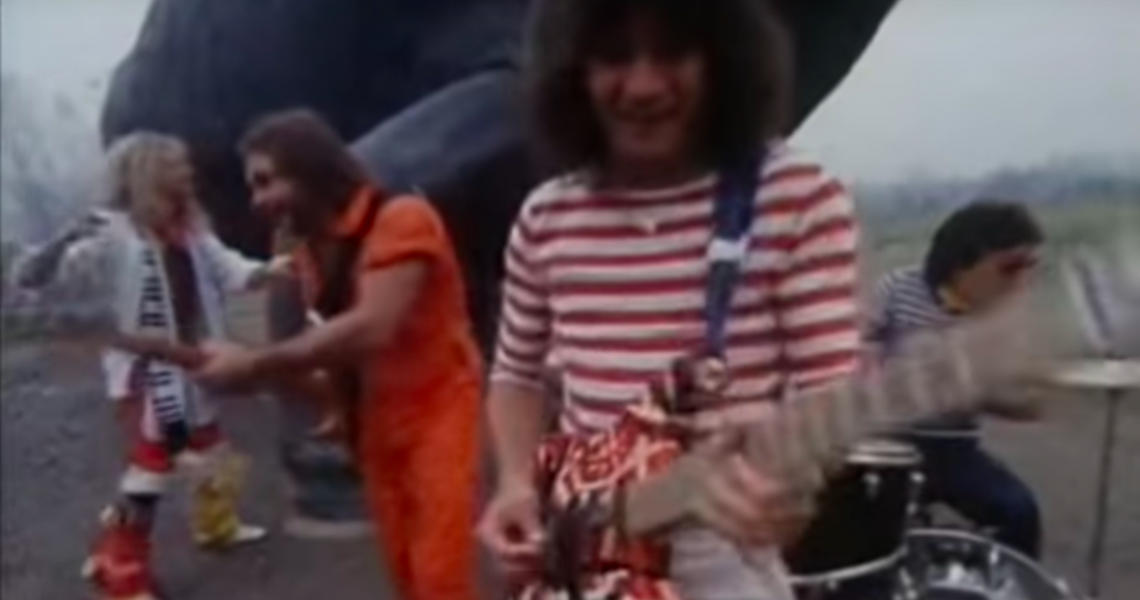 A fascinating vintage Van Halen TV performance was dug up over the weekend, featuring the classic line-up of the band performing next to some dinosaur statues!

A fan channel uploaded the 1982 clip, featuring Van Halen lip-syncing to Fair Warning cut "So This is Love?" surrounded by large statues of prehistoric beasts in the Prehistoric Park in Rivolta d'Adda, just east of Milan, Italy. (At the time, the band was touring Europe in support of their fourth album.) It's got everything you could want from a VH performance, including high kicks from David Lee Roth and the late, great Eddie Van Halen's iconic red, white and black "Frankenstrat" guitar.

Originally aired on the country's RA1 network on a clip show called Happy Circus, the existence of the clip was virtually unknown to fans outside of Italy. In fact, back in 1995, Jeff Hausman - who'd found the long-running VH fan site Van Halen News Desk - published photographs of the shoot in a band 'zine. They've been the subject of speculation for years since.

But, like the mighty Jurassic creatures that Diamond Dave enthusiastically straddles in the clip, the legend lives on in a whole new way: with fans being able to rock out to this video as originally intended.