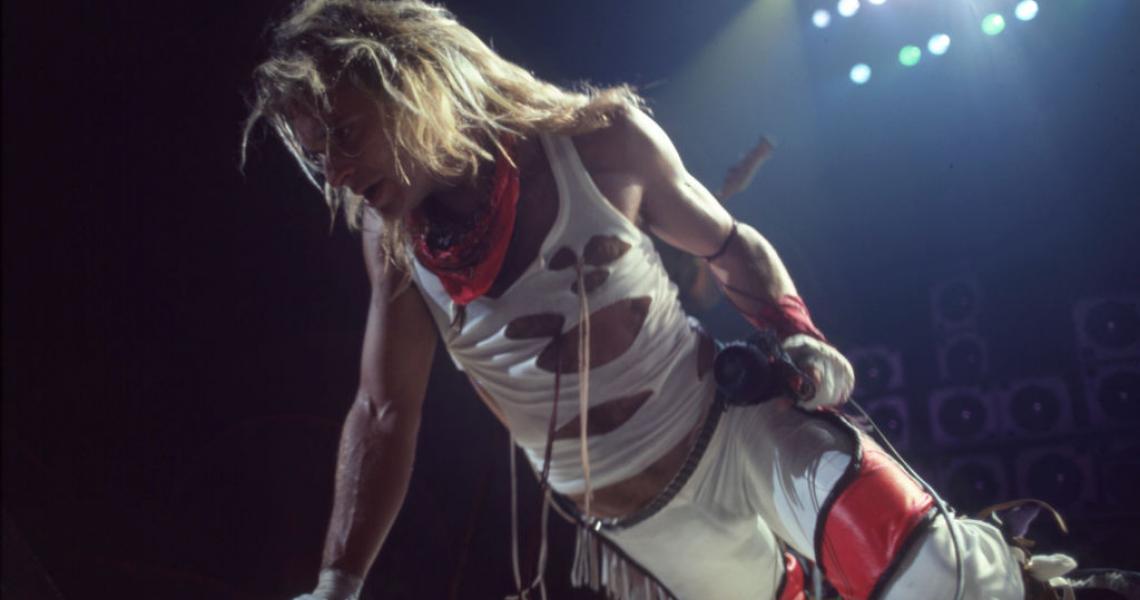 Van Halen charged into the 1980s with a vengeance. The band's third album, Women and Children First (1980) brought a new heaviness to the Pasadena party boys' high-energy sound. For the group's fourth full-length, Van Halen would double-down on that heaviness, and then some.

There were big changes afoot in the Van Halen universe circa 1981, none bigger than guitarist Eddie Van Halen getting married to One Day at a Time TV star, Valerie Bertinelli. The union would only drive a bigger wedge between the introverted Van Halen, and the group's flamboyant lead singer, David Lee Roth.

"It was kind of a dark period in my life. I was getting married, which flipped Roth out to the bone," Van Halen told Smashing Pumpkins' Billy Corgan in a 1996 interview for Guitar World. "I actually overheard him say, 'That f-cking little prick, not only is he winning all the guitar awards, but he's also the first to marry a movie star.' So that's what I was up against. A guy that wanted everything that was going my way. The funny thing was, I really didn't want the attention, and it came to me, anyway. I didn't want the press, it was like, 'Leave me alone.'"

Musically, that tension resulted in Fair Warning, a dark, menacing album released on April 29, 1981. The record arrived in a disturbing album cover, which featured a detail from The Maze, a painting by artist William Kurelek. From the album's opening cut, "Mean Street," it was clear that Van Halen was in a different place.

The album's lightest moment, "So This is Love," was the obvious choice for first Fair Warning single. Having negligible impact on the Hot 100, heavy FM radio play helped drive the song to #15 on the Mainstream Rock Tracks chart.

"Unchained" still stands as the signature moment on Fair Warning. A classic Eddie Van Halen riff paired with David Lee Roth's high-octane wailing is Van Halen at its best. It would be among a trio of songs that would have live concert music videos, all captured Oakland Coliseum in June 1981. "So This is Love" and "Hear About it Later" were the other two tracks with clips from the Oakland shows.

Fair Warning also found the band getting experimental, like the down-tempo tune, "Push Comes to Shove": "That was Roth's idea of trying to cash in on the reggae thing," Eddie Van Halen recalled. "I said, 'Okay, if you want that kind of beat, I'll see what I can do.'

"I'll never forget that one,"  Van Halen added in regards to the song's guitar solo. "We were sitting in the studio with our producer, Ted Templeman, and I knew exactly what I wanted to do . I must have played that solo over 20 times, and Ted kept saying, 'No, it's not good enough.' So I said, 'Okay, but I don't understand what you want.' So we just called it a day. Later that night I came back and played the same solo that I played 20 times that day and left it. The next day he heard it and said, 'That's great.' On the whole album I was angry, frustrated and loose. It's like the solo in 'Unchained.' I love that song. It's rare that I can listen back to my own playing and get goose bumps, but that's one of them."

While Fair Warning is famous for being the slowest-selling Van Halen album of the David Lee Roth era, it was still a massive record. peaking at #5 on the Billboard 200 for the week of June 13, 1981.  The album was certified double platinum in 1994.