Underrated Material Girl: Six Madonna Tracks from the ‘80s That You Might’ve Forgotten 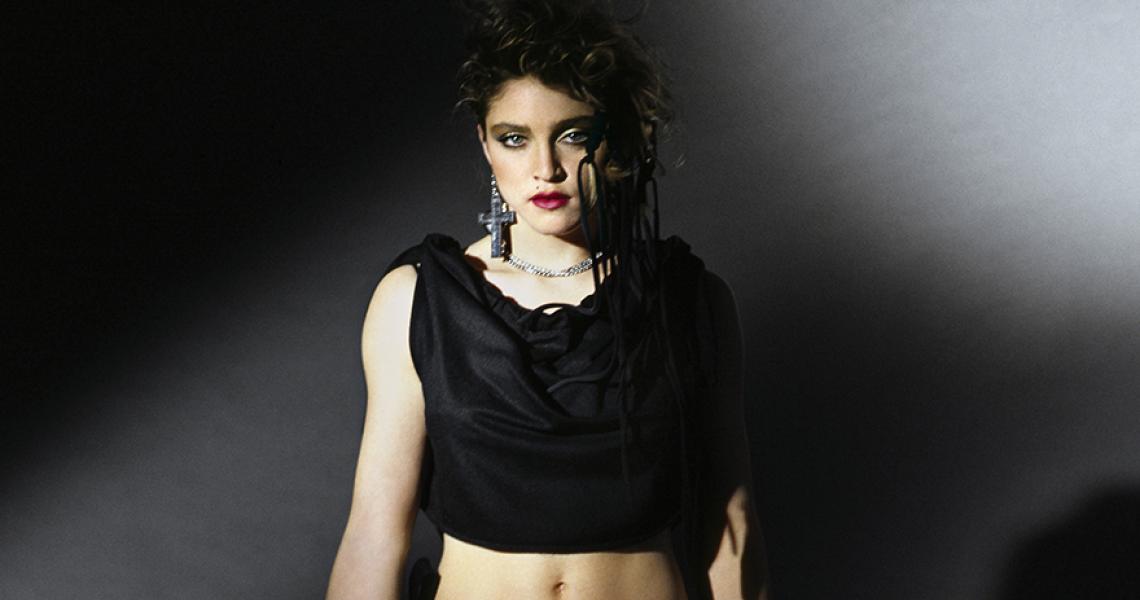 With the recent release of Finally Enough Love: 50 Number Ones, it’s fair to say that there’s more Madonna in the air than there has been in quite some time, but just because the songs that everyone knows and loves are out and about in a new collection doesn’t mean that there aren’t plenty of tunes that may have slipped out of your memory over the years. As such, we’ve put together a six-pack of tracks from Madonna’s ‘80s albums that it’s high past time you checked out again.

“I Know It” (1983 – Madonna): When Madonna first met with producer Reggie Lucas at the apartment of Jean-Michel Basquiat – and, yes, you read that correctly – she’d released two singles (“Everybody” and “Burning Up”), but she didn’t yet have enough additional songs to make up her debut album. She did, however, have four tracks to bring to the table when she arrived at the meeting, three of which made it onto the album: “Lucky Star,” “Think of Me,” and this track, all of which were penned by Madonna herself. Yes, it’s a synth-y little track, but it’s as melodic as it is bouncy, and Madonna sings the hell out of it.

“Stay” (1984 – Like a Virgin): Co-written by Madonna and Stephen Bray, this track served as the closer for Madonna’s sophomore LP, but it’s likely best known for serving as the B-side for the album’s title track. Bray and Madonna have a history which stretches back to when she was still in college, attending the University of Michigan in Ann Arbor for dance, and after his songwriting collaborations with her concluded, he went on to find some fame on his own as a member of Breakfast Club, co-writing their top-10 hit, “Right on Track.”

“White Heat” (1986 – True Blue): Co-written by Madonna and Patrick Leonard, this song takes its title as well as its inspiration from a 1949 James Cagney film, but the connections don’t end there. The song kicks off with dialogue straight from the film: “A copper! How do you like that, boys? A copper! And we went for it! I went for it! Treated him like a kid brother...and I was gonna split 50/50 with a copper! They were there waiting to pin a medal on him! Yeah, that’s it: a nice gold medal for the copper...only maybe he’s gonna get it sooner than he thinks!” Mind you, there’s also something funny about Madonna singing the line, “This is a bust,” but we blame The Naked Gun 2 ½ for that.

“Can’t Stop” (1987 – Who’s That Girl: Original Motion Picture Soundtrack): Another collaboration between Madonna and Bray, this Motown-influenced song was ignored as a single from the soundtrack to Who’s That Girl, perhaps because the commercial lifespan of the film was so short. Whatever the reason, author Rikky Rooksby wrote in The Complete Guide to the Music of Madonna that the song was a good example of the division of Madonna's songs between dance music—where the length is important—and the requirement of classic pop songs, which can vary from two minutes to four minutes.”

“Spotlight” (1987 – You Can Dance): Originally pitched for True Blue, this Madonna / Bray / Curtis Hudson song was inspired by Sly and the Family Stone’s “Everybody Is a Star” and ended up being added as the obligatory new track to Madonna’s remix album, You Can Dance. Although released as a single in Japan, it never received similar release in America, which is why it’s fallen so far under the radar on these shores.

“Dear Jessie” (1989 – Like a Prayer): Written by Madonna and Patrick Leonard, this is inarguably the most Beatle-esque song in Madonna’s catalog, inspired by Leonard’s daughter, Jessie. Although it was released as a single in the UK and a few other countries, it never received single release in the US, hence its under-the-radar status. Filled with strings, it’s a baroque pop song with an unexpected shift in tempo and time signature that makes it all the more delightful.