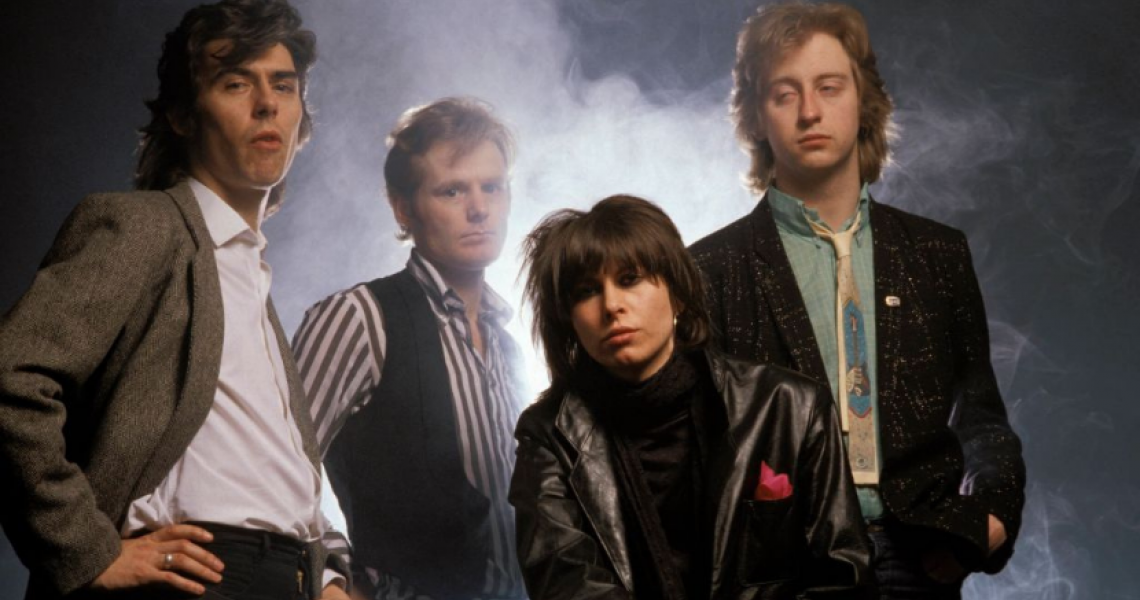 When it comes to the life and times of the Pretenders, there’s a clear dividing line between the eras of the band: the death of original guitarist James Honeyman-Scott. This is in no way to suggest that there’s somehow less merit to the band’s recordings after his death, but even lead singer Chrissie Hynde would acknowledge that there was a special kind of magic that went on when she and Honeyman-Scott worked together. Fans have a chance to rediscover the guitarist's work through new expanded editions of the Pretenders' first two albums personally curated by Hynde (available Nov. 5). In honor of those releases, we're spotlighting a dozen tracks from those albums, including a couple which are new to these editions.

“The Phone Call” (1979): One of the quirkier songs on Pretenders, Classic Rock Review refers to this track as “a rudiment driven, new wave rocker where the vocals are mostly spoken word with some interesting deviations during the short, rapid, off-beat choruses.” Honeyman-Scott once said, “I don’t know anybody who plays like [Chrissie]: it’s real distinct, and I can’t count her beat half the time; instead, I just put a little guitar line over it”; we bet he was talking about moments like this.

“Up the Neck” (1979): This track originally started out as a reggae song until Honeyman-Scott suggested that the band speed up the tempo, at which point he began adding his riffs to the track. End result: a stone-cold classic.

“Tattooed Love Boys” (1979): To call these lyrics harsh is an understatement: Hynde wrote it about the sexual assault that was committed against her by a biker gang. Indeed, she paraphrases a line actually spoken by one of her assailants: “Stop snivelin’, you’re gonna make some plastic surgeon a rich man.” Yikes. You can read about the experience in Hynde’s memoir, Reckless: My Life as a Pretender, but it’s not easy reading.

“Kid” (1979): In her aforementioned memoir, Hynde underlined that, unlike the preceding track, “Not all songs are autobiographical.” In this case, the song was “about a prostitute whose son finds out what she does for a living, and this is her having a conversation with him.” Honeyman-Scott said of the song, “Chrissie started to like pop music, and that’s why she started writing things like 'Kid.'”

“Brass in Pocket” (1979): The band's breakthrough hit started out as little more than a guitar line that Honeyman-Scott played for Hynde. After recording the line in question, Hynde promptly penned lyrics to go with it, taking the song title from a snippet of a conversation she’d overheard while dining out one evening: “Picked up dry cleaning? Any brass in pocket?”

READ MORE: Pretenders' "Brass in Pocket" Made Us Notice

“Stop Your Sobbing” (BBC Live Session) (1979): This version of the Kinks klassik is from a Kid Jensen session for the BBC, which can be found on the new expanded version of Pretenders - but the song itself was one of the band’s first big U.K. hits.

“The Adultress” (1981): Yes, the word is misspelled, but are you going to correct Chrissie Hynde? We’re sure as hell not. The song’s lyrics speak for themselves, but the music is just as powerful, thanks to Honeyman-Scott’s riffs and solos.

“Message of Love” (1981): It’s funny to think that this song was released as a single in order to coincide with Valentine’s Day. Not that it isn’t appropriate with a title like that, but Hynde just doesn’t seem like a Hallmark-holiday kind of person. Then again, this isn’t a traditional love song, either - not by any stretch.

“I Go to Sleep” (1981): What’s this? Another Ray Davies song? Well, you can’t say that Hynde and the crew didn’t have good taste in covers. This particular song was written by Davies while waiting for his wife Rasa to give birth to their daughter, but it was actually first recorded by Peggy Lee, believe it or not, after which Cher recorded a version of it. At the time the Pretenders took their stab at the track, Hynde and Davies were a couple and also had a daughter, which makes it appropriate yet also a little weird, too.

“Talk of the Town” (1981): When performing this track on the BBC program Songwriters Circle, Hynde detailed the origins of the song. “I had in mind this kid who used to stand outside the soundchecks on our first tour,” she said. “I never spoke to him. I remember that the last time I saw him, I just left him standing in the snow. I never had anything to say to him. I kind of wrote this for him, so in the unlikely event that you’re watching this, I did think about you.” (Whether the kid in question did indeed tune in, we cannot confirm.)

“Day After Day” (1981): While this track wasn’t released as a single, it’s definitely worth including, since it’s a Hynde/Honeyman-Scott co-write. In a look back at Pretenders II, Ultimate Classic Rock wrote of the song that it “seemed emblematic of where the Pretenders were, both professionally and personally. Hynde hinted at a band's life in a dizzying rush from hotel and gig to hotel and gig, unable to get a handle on their own fate.” Prophetic much?

“Precious” (Live in Santa Monica, Sept. 1981): Although we’re concluding our list with this track because we’re spotlighting the live version included on the new expanded Pretenders II, the studio version actually leads off the band’s self-titled studio debut, and it’s one of the most acclaimed tracks in their catalog. In his book The Sex Revolts: Gender, Rebellion, and Rock & Roll, critic Simon Reynolds described the song as "punk scat, all hiccoughs, vocal tics, gasps and feral growls, weirdly poised between love and hate, oral sensuality and staccato, stabbing aggression." Sounds about right to us.