In 1981, The Pretenders' Second Album Was the Talk of the Town 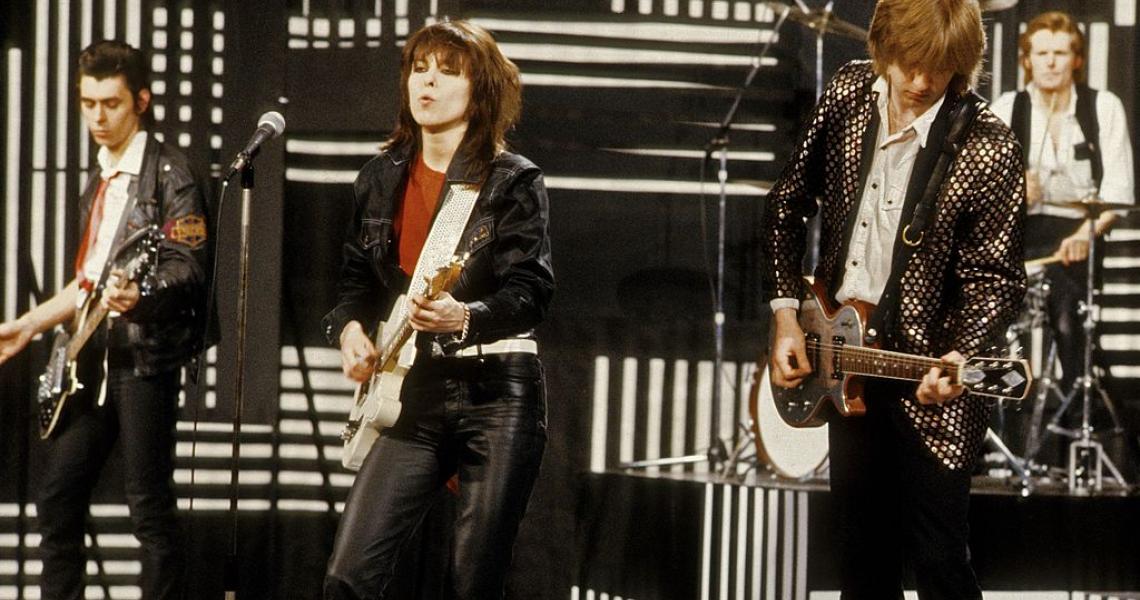 In 1981, the Pretenders released their second studio album, an LP which found the band making their way into the Top 10 of both the U.S. and U.K. album charts - but which tragically turned out to be the final album by the band’s original lineup.

After the release of their self-titled debut during the final week of 1979 in the U.S. (and the first week of 1980 in the U.K.), the Pretenders found immediate success, but it proved to be slightly problematic when the time came for them to release a follow-up and they didn’t have the material. Thankfully, they were able to produce a couple of singles in the interim - “Talk of the Town” and “Message of Love” - which became hits in the U.K., whereas in the U.S. they were released together, along with a few other tracks, for an EP entitled simply Extended Play. (Hey, you can’t accuse them of false advertising...)

When Pretenders II made its debut in mid-August 1981, it contained the two aforementioned singles within its track listing, along with the additional singles “Day After Day,” “The Adultress,” “I Go to Sleep,” and “Louie Louie.” Before you ask, no, it’s not that “Louie Louie,“ but, yes, Chrissie Hynde does have balls as big as church bells (so to speak) to write an original song and give it a title with as much history as that one.

Although Pretenders II did, as mentioned, make it to No. 7 in the U.K. and No. 10 in the US, it took twenty years for the LP to finally go gold, and beyond the success of “Talk of the Town” and “Message of Love,” which hit No. 8 and No. 11 in the U.K., respectively, it didn’t really deliver in terms of hit singles: “I Go to Sleep” hit No. 7 in England, but the only significant chart hit in the States was “The Adultress,” which settled for No. 12 on the Mainstream Rock chart.

Tragedy struck in the wake of Pretenders II’s release. The core foursome of Chrissie Hynde, bassist Pete Farndon, guitarist James Honeyman-Scott, and drummer Martin Chambers suffered its first loss in June 1982 when Farndon was fired by his three bandmates because of his increasing drug problems, a situation which seemed deeply ironic two days later when Honeyman-Scott was actually the one who died from heart failure tied to cocaine use. Farndon, fell victim to his own addiction in April 1983 after taking heroin, passing out, and drowning in his bathtub.

Thankfully, Hynde and Chambers soldiered onward, joining forces initially with Big Country bassist Tony Butler and Rockpile guitarist Billy Bremner to record their next single, Back on the Chain Gang.” While this new lineup wasn’t destined to last for the long haul, the Pretenders themselves remain a going concern, having released their most recent album, Hate for Sale, in 2020.