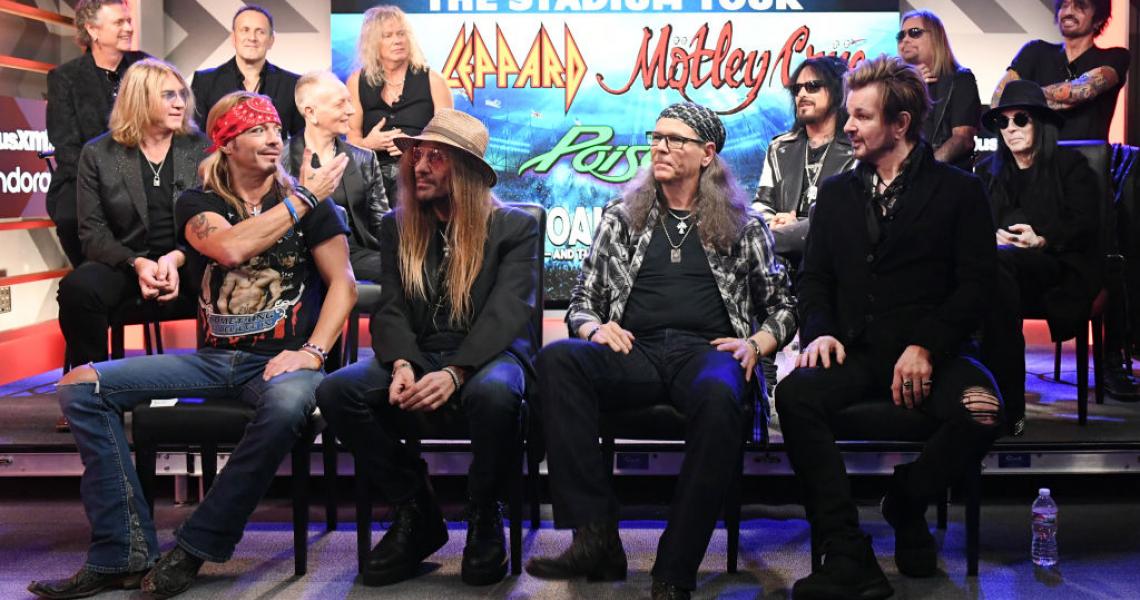 Phil Collen believes there's a "50/50" chance that Def Leppard's Stadium Tour alongside Mötley Crüe, Poison, and Joan Jett & the Blackhearts will take place in the summer of 2021.

The Def Leppard guitarist weighed in on the reality of the rescheduled trek on SiriusXM's "Trunk Nation with Eddie Trunk," as he admitted, "I honestly don't know. “I'd say it's 50/50. If everyone does what they are supposed to do, then we will be there next summer.”

Despite his uncertainty, Collen expressed his enthusiasm for the upcoming jaunt, sharing he's been "really looking forward" to hopping back on the road with the other rockers.

"Me and [Mötley Crüe bassist] Nikki Six were talking [about] getting in shape for it — we were, like, 'How you doin'?', and all of this stuff, and it was awesome — and then we had the plug pulled," he explained. "So we actually have got a year to look even better, so it will be even cooler. So hopefully — that's the plan."

Originally scheduled to kick off in Jacksonville, Florida on June 18, the Stadium Tour is now rescheduled to June 19, 2021 in Nashville, Tennessee. As Collen described, the fate of the giant tour depends on logistical concerns that are not only in flux due to the coronavirus pandemic, but also often out of the bands' hands.

RELATED: Joan Jett "Not Comfortable" With Playing Stadium Shows Yet

"It depends. It's not us. It's like when you're driving. It's that thing — it's not me; you have to watch out for every other idiot on the road. So that's where we are right now. But we are ready to go."

He continued, "First off, it was Major League Baseball. We're playing in their buildings, so that has to be taken care of first, then the promoters,” he explained. “And then we're down that food chain. So we are ready for when everyone else is. Absolutely, at the drop of a hat, we'll be there, good to go. I'll definitely be ready by then, for sure."