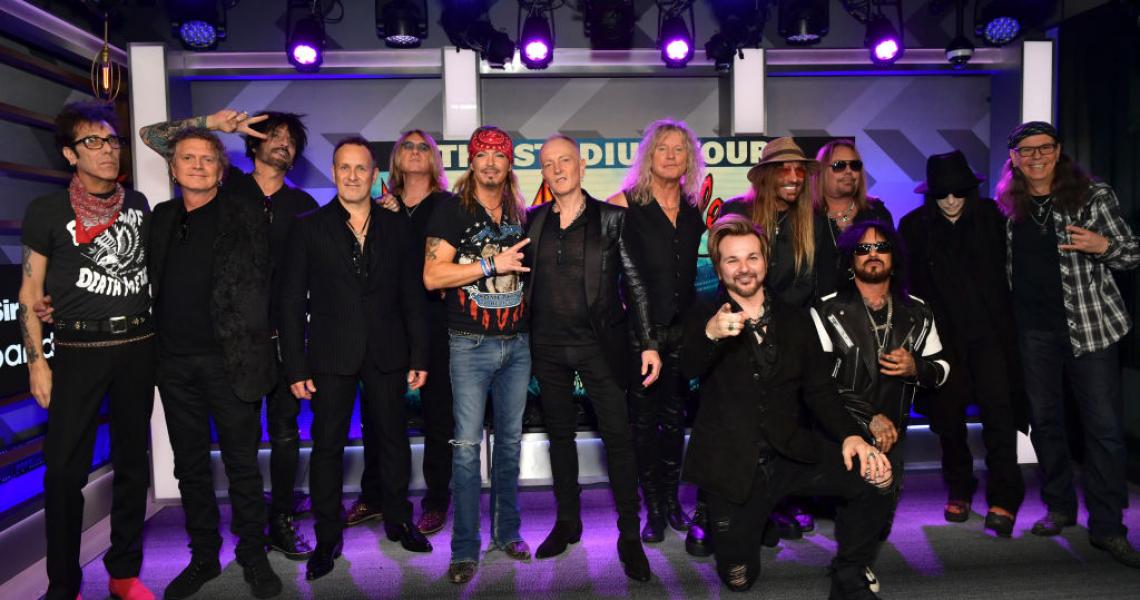 The day has finally come - Motley Crue, Def Leppard, Poison and Joan Jett & The Blackhearts have officially announced the 2021 rescheduled dates for the highly anticipated Stadium Tour. See the new dates below.

“All tickets will be honored for the new dates,” Crue shared with their fans on social media. “If you are a ticket holder and cannot make the new show, you will receive an e-mail from your ticket provider you can visit livenation.com/refund. We look forward to seeing you in 2021!”

We are excited to share the new dates for the Stadium Tour.
All tickets will be honored for the new dates. If you cannot make the new show, you will receive an email from your ticket provider or you can visit https://t.co/Wf8bbF5DL2
We look forward to seeing you in 2021! pic.twitter.com/sKAP88ZIyk

The larger-than-life tour, which has been postponed due to coronavirus, now kicks off June 19, 2021 in Nashville Tennessee, and comes to a close September 12, 2021 in San Diego, California for a 31-show trek.

Drummer Tommy Lee could barely contain his excitement in a recent interview with Knotfest.com as he shared behind-the-scenes updates of Crue's tour preparation before the disruption of the COVID-19 pandemic.

"Alls I can tell you is, once again, be careful what you wish for," he hinted. "We take it seriously, and what you can pull off in an arena, I think we’ve pulled off pretty much everything you could possibly ever even f***ing think of. So now we get to play with a f***ing ginormous stadium that has no roof on it. I’m just telling you right now: the production… And it’s still there — it’s just put away in a couple of giant warehouses. But, dude, can I just say it’s f***ing ridiculous."

The upcoming mega-tour will mark Crue's first live dates since its 2014-2015 'Farewell Tour,' as well as the first time Crue will hit the road alongside Poison, Def Leppard and Joan Jett.