Middle of the Riddle: How Alphaville Innovated Video on 'The Breathtaking Blue' 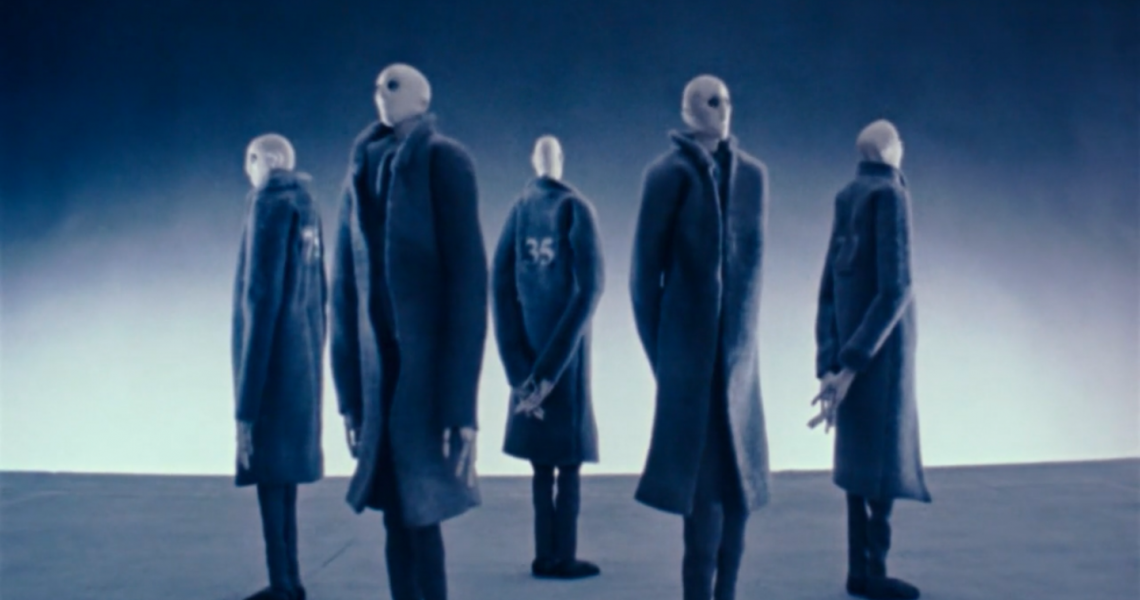 Alphaville's third album The Breathtaking Blue wasn't just a fascinating listen for New Wave fans: the band also stepped up their "video album" game, as a new reissue shows off.

A new 2CD or vinyl edition of the album includes a DVD of the Songlines, a collection of videos produced by international filmmakers for nearly all the tracks from the album. Both the audio and video (sourced from 35 millimeter film elements) have been beautifully remastered for these releases and mark the first wide release of the videos on DVD.

One of the highlights of Songlines is "Romeos," a European MTV staple directed by Australian filmmaker Ian Pringle. The youth in the clip is Noah Taylor, who's since been seen in shows like Game of Thrones and films like Paddington 2.

There's a host of well-known directors in the mix on Songlines as well. Alex Proyas, who helmed "Mysteries of Love," would go on to make cult classic action films like The Crow and Dark City. American director Godfrey Reggio, who created the video for "Patricia's Park," had already made the experimental landscape documentary Koyaanisqatsi.

Perhaps the most acclaimed of the bunch is the video for "Middle of the Riddle." A stop-motion animated short directed by brothers Christoph and Wolfgang Lauenstein, it was later released theatrically with no music under the title Balance; it then won an Oscar for Best Animated Short.

Songlines wasn't the only video innovation, either: The Breathtaking Blue was originally released on a now-rare format called CD+G - the "G" standing for "graphics." (Today, CD+G is most common in karaoke bars.) That digitized footage is now available on the Breathtaking Blue bonus DVD - a fascinating past glimpse into the future.