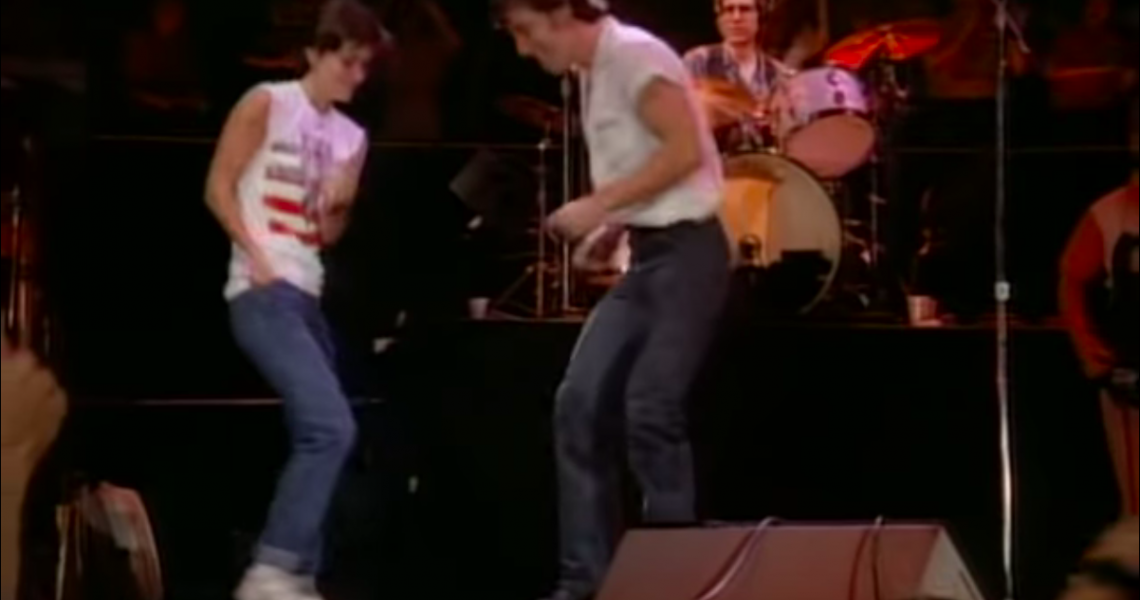 An act of desperation and a future TV star helped Bruce Springsteen score one of his biggest hits in the summer of 1984. On June 30 of that year, "Dancing in the Dark," the lead single from Born in the U.S.A., reached its chart peak of No. 2 on the Billboard Hot 100 (kept from the top by Duran Duran's "The Reflex"), starting The Boss' most noteworthy chart crossover with seven Top 10 hits from his seventh album, as many as Michael Jackson's Thriller.

Like much of Born in the U.S.A., the song's genesis was difficult. Between 1982 and 1983, Springsteen recorded dozens of songs, including full band versions of songs that would appear on 1982's Nebraska. (That stripped-down album featured Bruce's solo demos of the songs instead.) He tinkered with track list after track list, finally blowing up at manager Jon Landau when it was suggested in early 1984 that the record was missing a viable lead single. "Look, I've written 70 songs," the artist is said to have grunted at Landau. "You want another song, you write it."

What happened next is the stuff of rock legend, as Bruce put it in his memoir. "That evening I wrote 'Dancing in the Dark,' my song about my own alienation, fatigue and desire to get out from inside the studio, my room, my record, my head and...live." The song surpassed Landau's expectations, going so far as to get remixed for club play by dance maven Arthur Baker on a 12" single.

Even as the single climbed the charts, it needed one more piece of flair: a music video. Director Brian De Palma shot footage from two performances by Bruce Springsteen and The E Street Band at Minnesota's St. Paul Civic Center on June 28 and 29, 1984. While the band was familiar to anyone who'd caught them in concert, the video showed a style uncommon in Bruce's work: a toned physique and a willingness to dance (as evidenced by the striking rehearsal footage below). In the clip's iconic finale, Bruce pulls a fan up onstage to dance with him.

It was only later that he - and we - knew that she wasn't a random admirer: she was an actor! Courteney Cox had been seen in As the World Turns, but it would be about a decade before she gained even more recognition as the bossy-but-lovable chef Monica Geller in the hit NBC sitcom Friends. In a 2018 interview, Cox revealed her original appearance in the video was even bigger. "It was me and two other girls buying t-shirts and putting make-up on in the bathroom," she said. "It was a whole thing of 'I'm so excited to see this concert, I can't wait!'" She also admitted she wanted one of the other girls to be picked to dance onstage. Just think how different TV might have been if that had been the case!