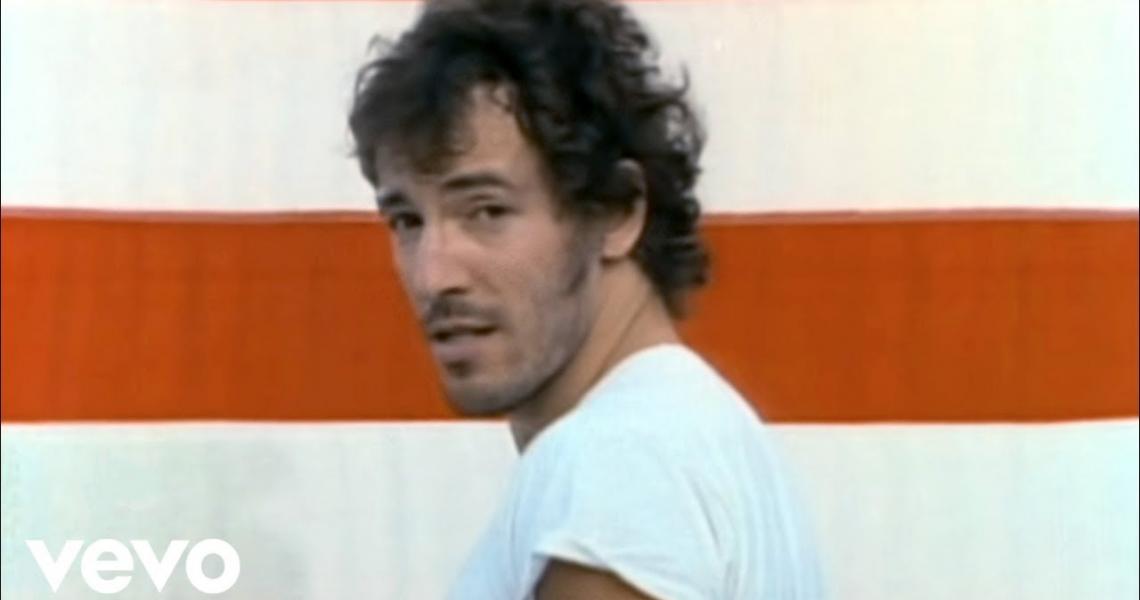 The year 1984 is famous for having just five #1 albums over the course of the entire 12 months. Michael Jackson's Thriller, the soundtrack to Footloose, Huey Lewis and the News' Sports, Prince's Purple Rain, and Bruce Springsteen's Born in the U.S.A.

Oddly enough, for an album that hit American consciousness like a nationwide 4th of July parade, only Huey Lewis and the New would have a shorter tenure at #1 of just a single week of the five albums. Released on June 4, 1984, Born in the U.S.A. was the top album in the country for the four weeks from July 7 through August 4, 1984. That's when Prince mania gripped America, with Purple Rain the #1 album for the rest of the year.

Back in 1984, the album's immense popularity and American flag motif made Springsteen a political lightning rod, with Rolling Stone immediately grilling him about the 1984 presidential election.

"I think there’s always been a nostalgia for a mythical America, for some period in the past when everything was just right. And I think the president is the embodiment of that for a lot of people," he explained when pressed to give his assessment of Ronald Reagan. "I guess my view of America is of a real bighearted country, real compassionate. But the difficult thing out there right now is that the social consciousness that was a part of the Sixties has become, like, old-fashioned or something. You go out, you get your job, and you try to make as much money as you can and have a good time on the weekend. And that’s considered okay."

Born in the U.S.A. was Springsteen's big entry into the world of music video, with clips from the album played across MTV in heavy rotation: "Video is a powerful thing, and I wanted to be involved in it in some fashion. But it presents a variety of problems. I didn’t want to infringe on my audience’s imagination by presenting some concrete image that was a replica of an image in the song, and I didn’t want to create another story, because I was already tellin’ the story I wanted to tell."

Even Springsteen had to acknowledge just how powerful the video medium had become in reaction to the clip for "Dancing in the Dark." Famously starring Friends actress Courtney Cox, the Brian De Palma-directed video's pervasiveness on MTV was not lost on the Boss: "That video was great, though, because I noticed that most of the people that would come up and mention it to me were people who hadn’t heard my other stuff. Very often, they were real little kids. I was on the beach and this kid came up to me – I think his name was Mike, he was like seven or eight – and he says, 'I saw you on MTV.' And then he says, 'I got your moves down.' So I say, 'well, let me check ’em out.' And he starts doin’, like, 'Dancing in the Dark.' And he was pretty good, you know?"