Flashback: Duran Duran at the Top of the World 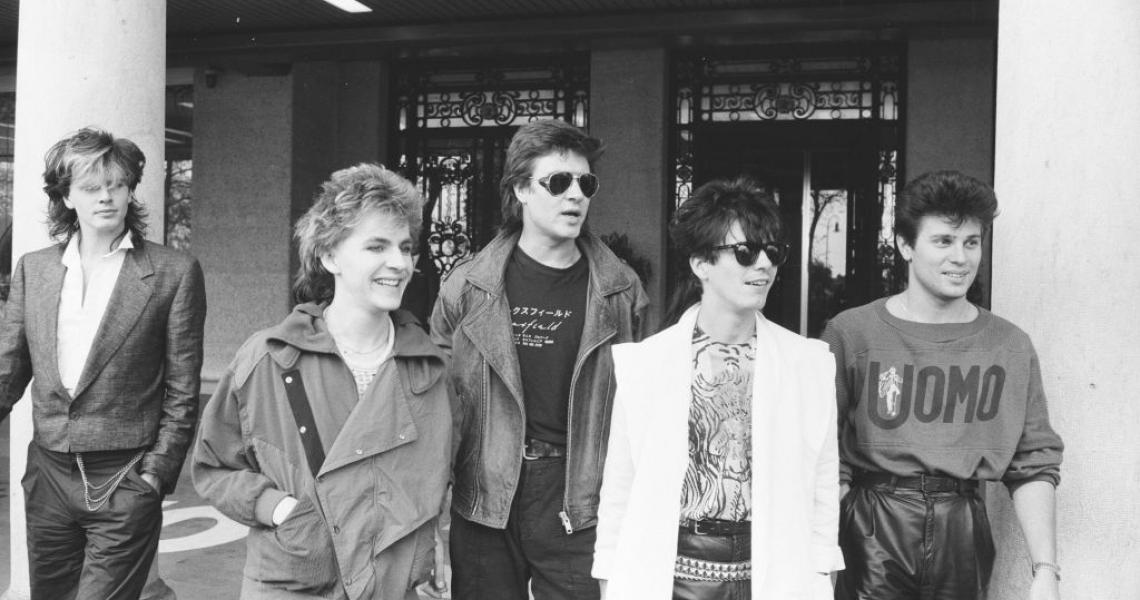 Duran Duran commanded a considerable amount of attention in 1983. After a slow start, sophomore album Rio took hold in America thanks to the hits "Hungry Like the Wolf" and the title track. By the end of the year, three of their albums - Rio, a reissue of their 1981 debut and brand-new follow-up Seven and the Ragged Tiger - would grace the upper reaches of the Billboard charts.

By Valentine's Day of that year, Duran were on top of the world. The video for "New Moon on Monday" was earning heavy rotation on TV. They graced the cover of Rolling Stone with the headline "The Fab Five?" And at a press conference in Los Angeles ahead of their U.S. arena tour, the boys were in great spirits, answering questions (and swatting away comparisons to The Beatles!) with easy candor.

That night, the quintet played The Forum in Los Angeles, and a few tracks were recorded and used as B-sides.

By the summer's end, Duran would score their first No. 1 courtesy of "The Reflex." The opener to Seven and the Ragged Tiger was radically remixed for club play by producer Nile Rodgers of CHIC fame (one of Duran's most notable influences). Nile and the band would collaborate many times throughout their careers.

By the end of the year, the tour was the subject of a live album, Arena, as well as a pair of long-form videos: the documentary Sing Blue Silver and the conceptual concert feature Arena (An Absurd Notion), in which actor Milo O'Shea reprised his role from the sci-fi film Barbarella as the comic villain Dr. Durand Durand, from whom the band borrowed their name. But that wasn't all Duranies could ask to receive under their Christmas trees: that same winter, Milton Bradley made Duran Duran: Into the Arena, a board game based on their incredible concert run.

Nowadays, when you think of Duran Duran as prospective Rock & Roll Hall of Fame inductees, you can ask how many other acts were popular enough to get their own game!