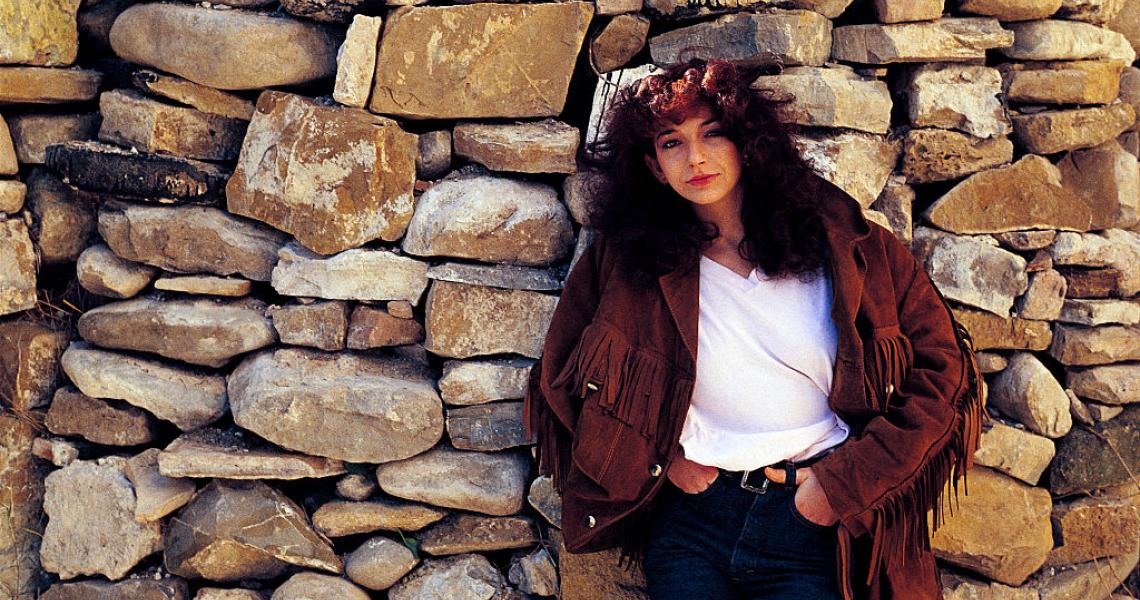 Have you figured out which demographic we’re in? If you haven’t, don’t worry, you’ll have time to contemplate it while we dole out five reasons why Kate Bush deserves to be in the Rock and Roll Hall of Fame. Read them all and make sure you cast your daily fan vote for our favorite Babooshka.

She’s an original whose debut album stopped people dead in their tracks.

You don't have to be an original to be the Rock and Roll Hall of Fame - some inductees certainly aren't - but it doesn’t hurt to be the sort of artist who shows up seemingly from out of nowhere and makes people ask, “Who is this person, what is she doing, and why do I love it so much?” Ask anyone who was there when Kate Bush arrived with “Wuthering Heights.” Even now, they still may not be able to answer more than the first of those three questions, but they won’t be able to stop telling you how much they love her.

Her music has always been more important than her image.

There’s a tendency for the male-dominated music industry to spend more time focusing on a female artist’s appearance than their music. While Kate Bush is certainly stunning, it’s always seemed incidental to her work. She’s had endless looks in her videos - some breathtaking, others disconcerting - but there’s never been any question that it’s just Kate being Kate, as it ever shall be.

She mixes art-rock with pop melodies

Although her singles have never been as successful in the U.S. as they consistently tended to be in the U.K., anyone who’s heard songs like “Wuthering Heights,” “The Man with the Child in His Eyes,” “Babooshka” and, yes, “Running Up That Hill” know that Bush has a way with a hook when she’s of a mind to deliver one.

She's a lyrical genius that can make the toughest listener cry.

There are certainly other examples of this gift beyond “This Woman’s Work,” but it’s by far the best-known within Bush’s catalog, so it’s worth holding it aloft at this point to remind you just how heart-wrenching it can be.

Despite a relaxed release schedule, people still spread the gospel of Kate Bush.

This November marks the 10th anniversary of Bush’s last studio album, 50 Words for Snow, which arrived six years after her previous album, 2005’s Aerial, just in case you thought a tendency toward sporadic LP releases was something new in her back catalog. At this point in her career, she’s proven herself to her fans plenty of times over, and she doesn’t need to release new music, nor does she need to trot out her songs on any sort of greatest-hits tour unless she feels like it. That’s why her rare live performances are always sold out and why a Kate Bush album, whenever she deigns to deliver one, is always an occasion worthy of celebration.